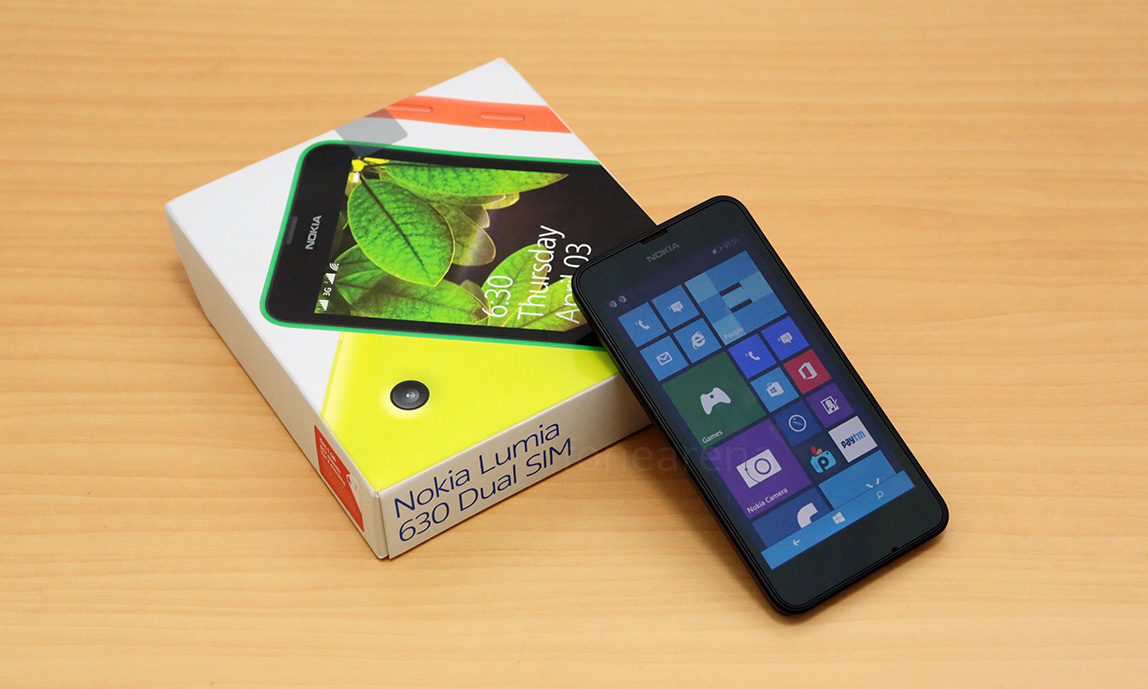 The Nokia Lumia 630 is the first Windows Phone 8.1 device to launch in the market, including in India, where it has been launched in the Dual SIM flavour, another first. Priced at Rs. 11,500 for the MRP, the device seeks to occupy the place between the 525 and its predecessor, Lumia 620, but sports much improved specs on the inside, keeping things a bit similar on the outside. This new device is set to be the first of hopefully many dual SIM Windows Phone devices from Microsoft, which might make things interesting in the Windows Phone market. Anyway, we have got the Indian retail version of the Lumia 630 and here is the unboxing video of it, with a detailed overview of the device hardware –

The box contents, as you could see from the video, are pretty much barren, as Nokia, or rather, Microsoft has eschewed from providing even the earphones. 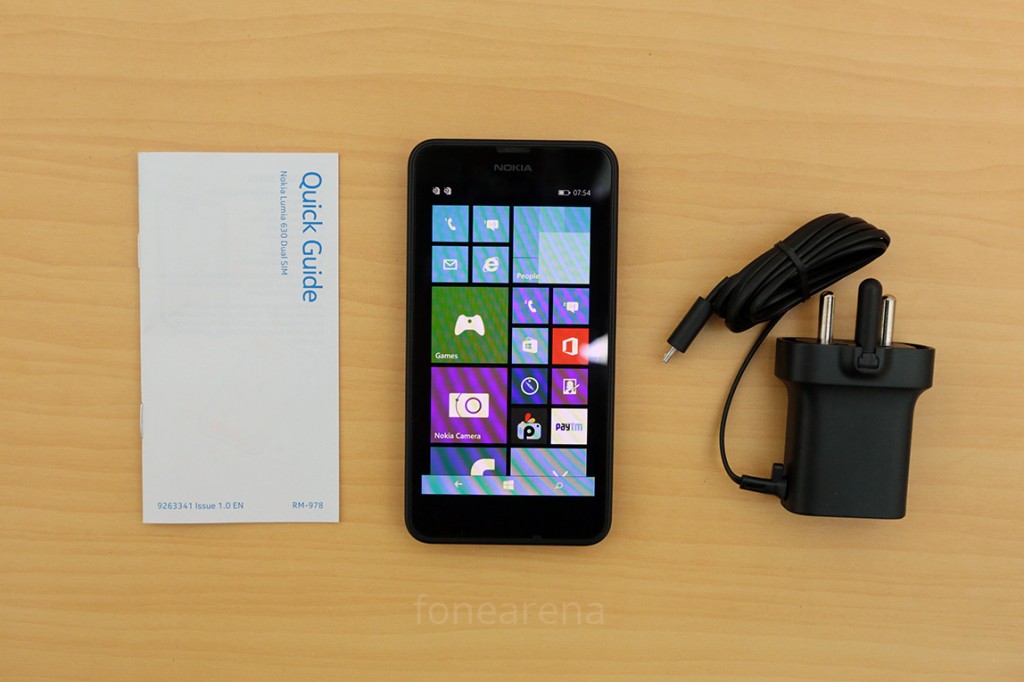 It’s understandable to see that the company has gone for some cost cutting on the packaging end, with a volumetrically smaller box, in a different design this time, but the headphones could have been provided at least. There are a lot of changes to the device too, so lets talk about them first. 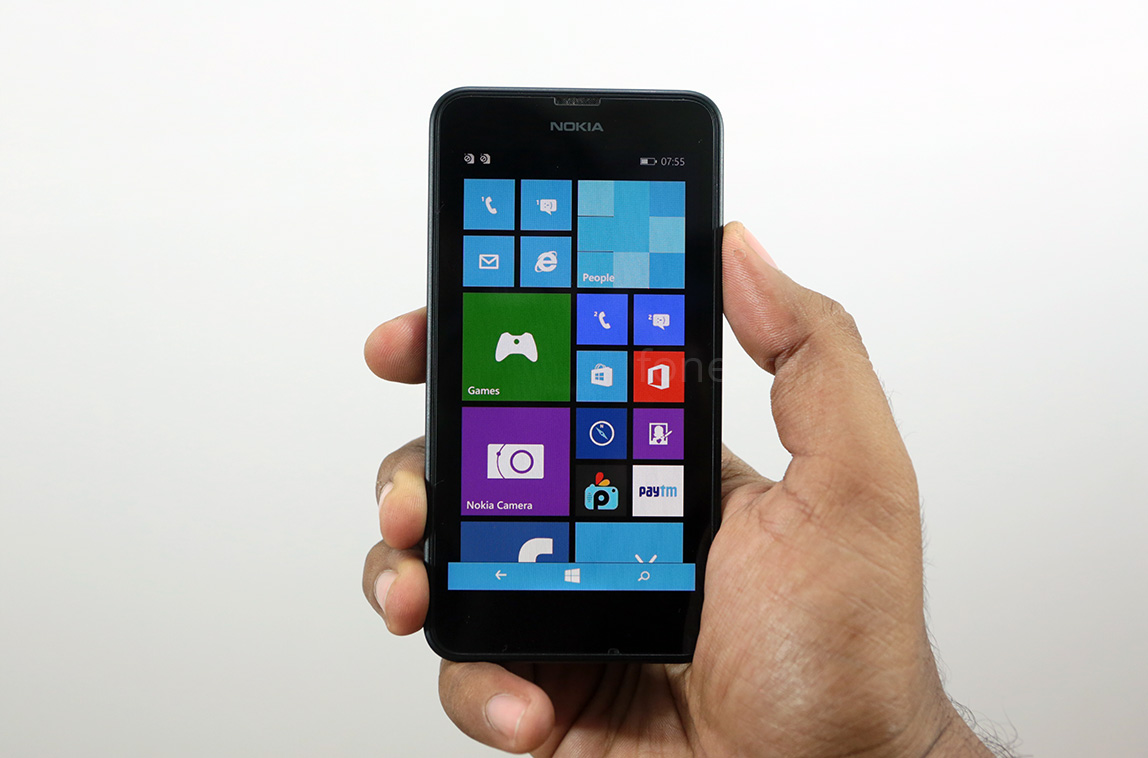 The Lumia 630 comes with a 4.5″ FWGA screen with a resolution of 854×480. This is much bigger than on the 620, but with the same resolution and on-screen buttons instead of the capacitive ones on the front. Pixel density is immediately noticeable and the glaringly huge bezel at the top and the bottom keeps up with the tradition of wasted space, just like on the Lumia 620, but made worse thanks to the on screen buttons. Regarding the software-rendered on screen buttons, their colour can be changed under settings, but there is no actual visual feedback when pressing those buttons. It almost feels like hitting the hardware capacitive buttons most of the time, which is a thing that can be looked into later, through changes in software. 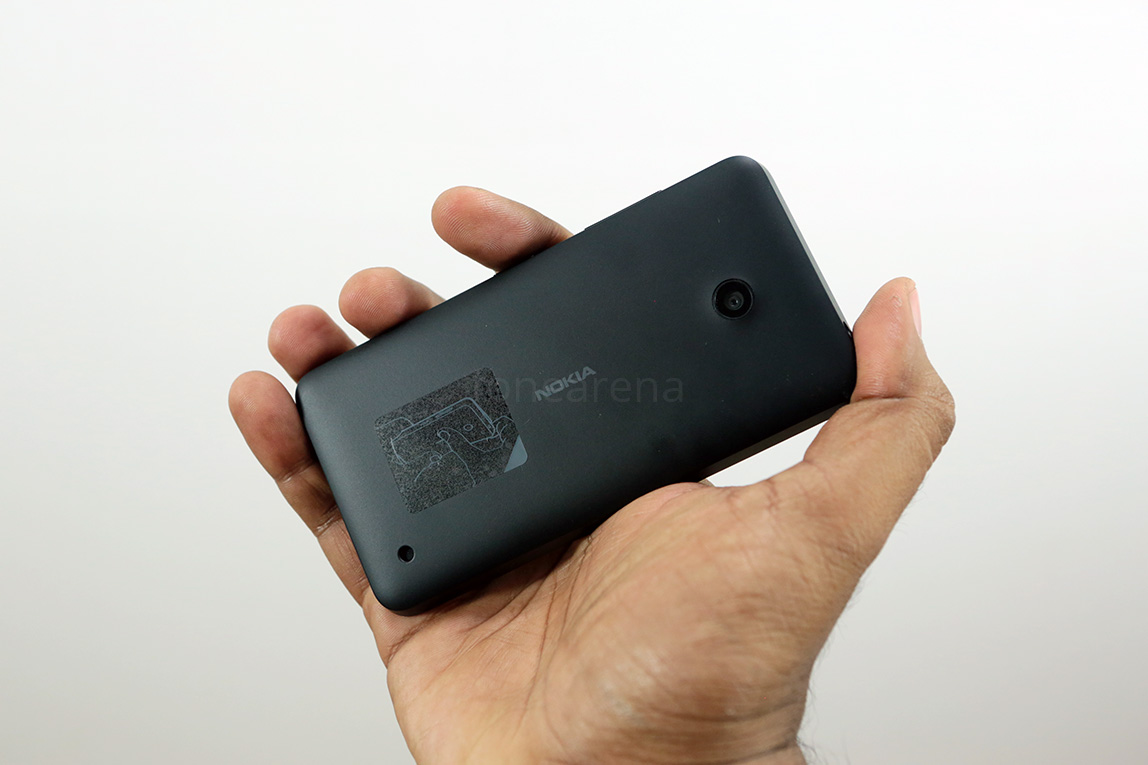 The design is definitely a stretched out Lumia 630, but with flatter sides instead of the curvier ones. The 5 MP camera is decidedly better, but lacks the LED flash (use as a torch light is hampered), and then there is no front facing camera either. These two omissions are certainly a downgrade from the predecessor, and the RAM being the same 512 MB doesn’t help this case. The internals are powered by the Snapdragon 400 Quad Core processor, the same as the popular Moto G. We found the Lumia 630 to lag a wee bit, initially, but we will test it out completely and let you know how it goes. As far as first impressions go, the performance aspect of this device is slightly underwhelming for now. There are dual micro SIM slots inside, and a micro SD card that can take apps and anything you throw at it. Running on Windows Phone 8.1 with Lumia Cyan, the 630 Dual SIM is possibly the best showcase of the platform at the low end, but only extended usage can tell if it is worth it. While we bring you that later, stay tuned to our blog and our YouTube channel for more videos and information around the Lumia 630. Have any questions? Let us know in the comments section below.