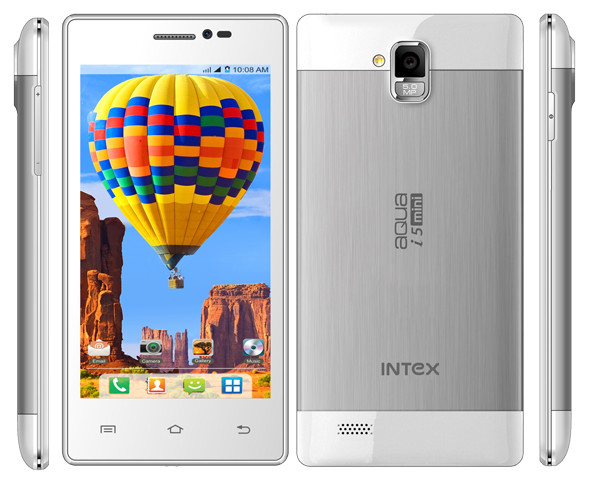 Intex launched the Aqua i5 HD in the Auqa series at an event yesterday. Today, the Aqua i5 mini has surfaced on the official Intex website. It has a 5-inch FWVGA (854 × 480 pixels) capacitive touch screen display, powered by a 1.3 GHz quad-core MediaTek MT6582 processor and runs on Android 4.2 (Jelly Bean). It has a 8-megapixel rear camera (mentioned as 5MP on the phone) with LED flash and a 2-megapixel front-facing camera. It comes with dual SIM support and has 3G connectivity.

It has a range of features such as Auto Call Record, Flip to mute, smart launcher (my vividscene), Air shuffle for camera and pre-loaded apps such as Intex Cloud, Intex Zone, bigflix, greetzap, , hungama, NQ mobile security,NQ Vault , Quikr, Saavn, Opera mini, Sony liv, Zapak, newshunt, Get it and more. It also comes pre-loaded with The Avengers and Chennai Express games.

The Intex Aqua i5 mini would come in white color. Intex has not revealed when it would launch the phone or its pricing yet.