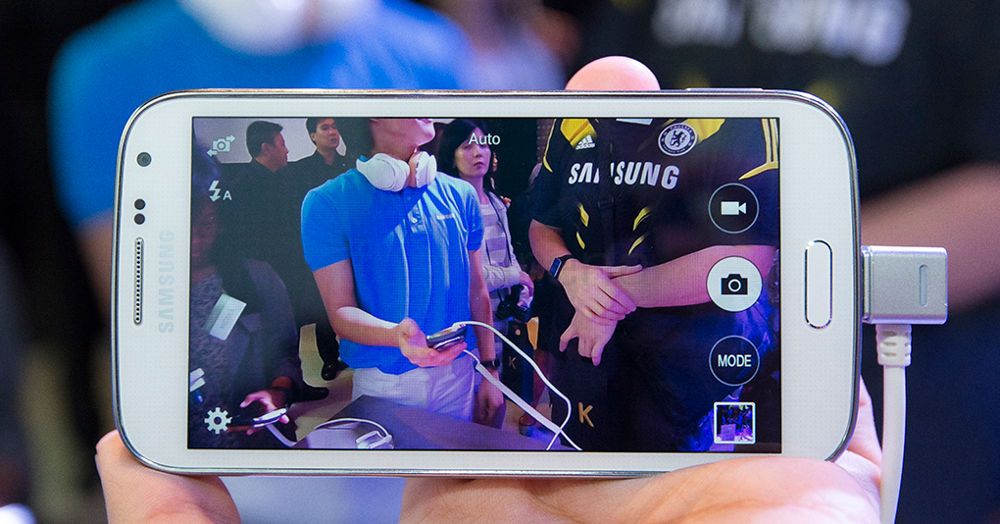 Samsung unveiled the Galaxy K zoom, the company’s latest camera-centric smartphone with a 20.7-megapixel at an event in Singapore few hours back. We got some hands-on time with the camera phone. Even though it has 10x optical zoom like the S4 zoom, this has a new retracting lens technology to make the phone’s body slim at 20.2 mm (16.6mm at its thinnest). It has the usual Samsung home button and the capacitive touch buttons. 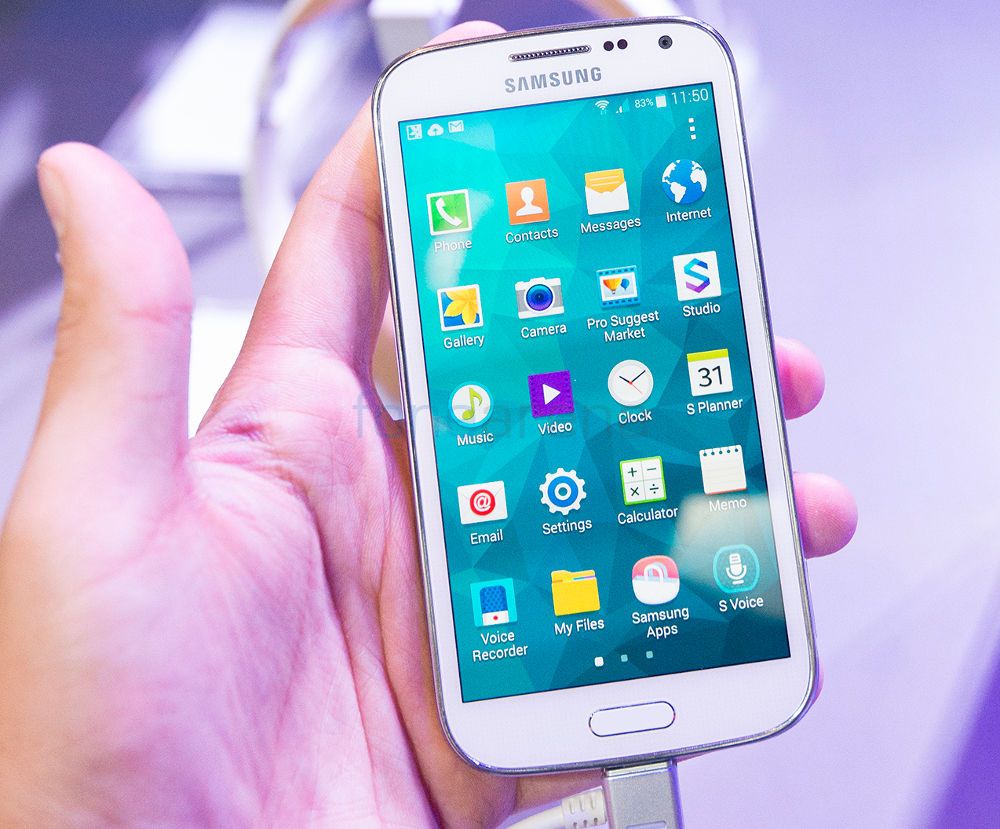 The phone runs on the latest Android 4.4.2 (KitKat) with the new Touchwiz UI on the top. The 4.8-inch (1280×720 pixels) HD Super AMOLED screen is bright. It also has a 2-megapixel front-facing camera. 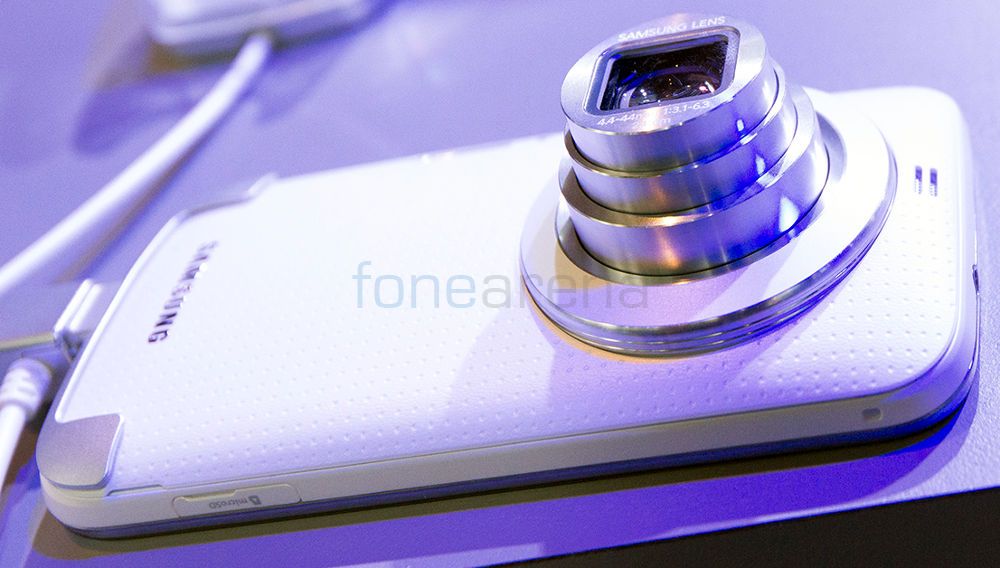 The 20.7-megapixel 1/2.3″ BSI CMOS Sensor and the Xenon flash promises better low-light images. It has 24-240mm, F3.1-6.3 lens also has optical image stabilization. It has loudspeaker next to the camera sensor. It is capable of recording video at 1080p full HD resolution at 60 fps. 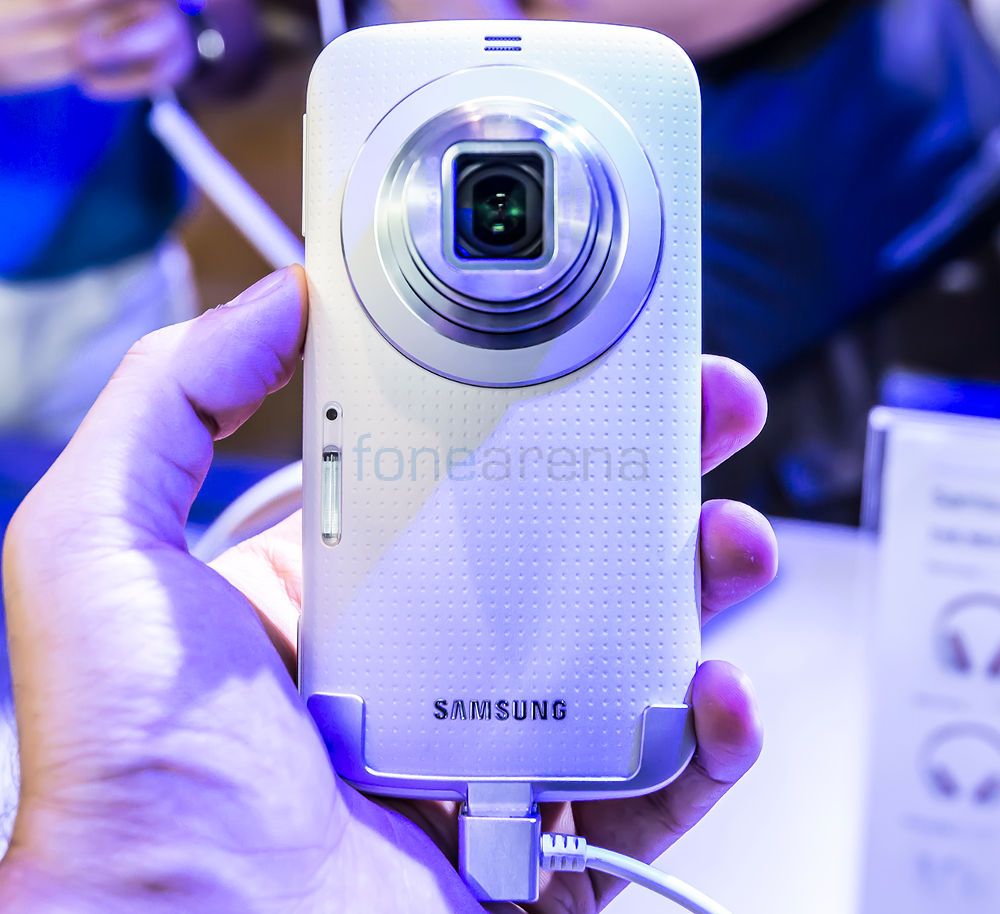 It has new Auto Focus/ Auto Exposure Separation features that would offer precise balance of light and clarity. The phone is easy to grip, thanks to the new design with stylish lines. It also has new Selfie Alarm to take timed selfies easily and a new Pro Suggest mode with custom filters that let you preview the effect even before the shot is taken. 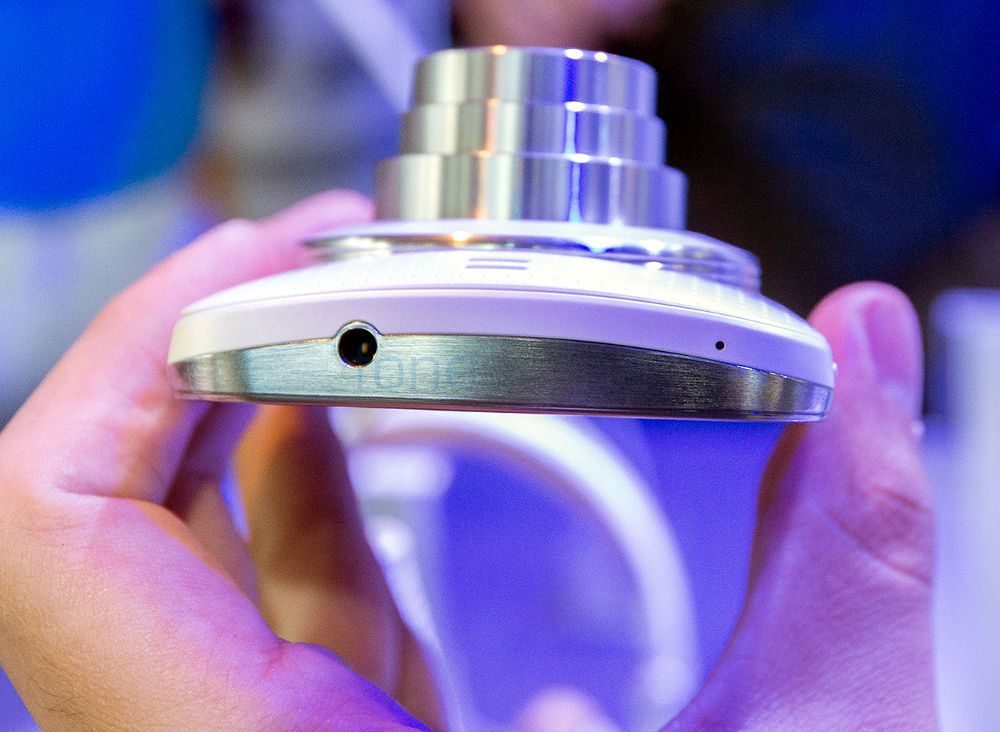 It has a 3.5mm audio jack and a secondary microphone on top. It also has chrome finish on the sides. It is the second smartphone to be powered by Samsung’s Hexa-Core processor (1.7 GHz Dual Core Cortex A15+ 1.3 GHz Quad Core Cortex A7) after the Galaxy Note 3 Neo.

It has 2GB RAM, 8GB internal memory and expandable memory up to 64GB with microSD. It has a range of connectivity features including, 4G LTE/3G HSPA+, Wi-Fi 802.11 a/b/g/n/ac, Wi-Fi Direct, DLNA, Bluetooth v4.0 LE, aGPS + GLONASS and also has NFC. 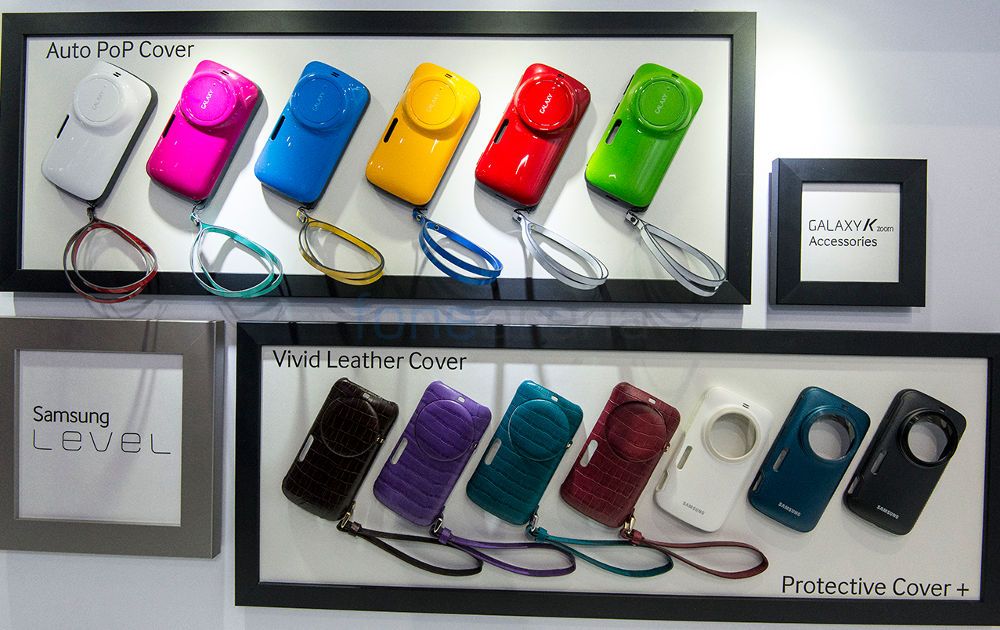 The Samsung Galaxy K zoom would go on sale globally at the end of May, 2014, but Samsung has not revealed the pricing yet. Samsung would also sell Auto Pop Cover, Vivid Leather Cover and Protective Cover+ for the Galaxy K zoom separately. Check out few more images.