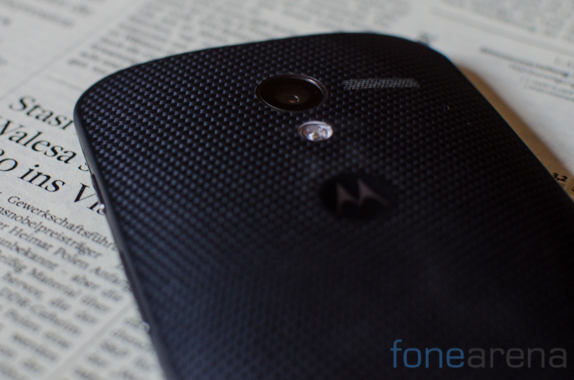 Motorola XT912A, an unknown device has surfaced of GFXBench. The Motorola Droid Razr had a codename XT912, so the XT912A could belong to the Droid family. It could also be the rumored Motorola Moto X+1 and the successor of last year’s Moto X. According to the benchmarks, the XT912A would have a 5.2-inch (1920 x 1080 pixels) display, powered by a 2.3 GHz quad-core Snapdragon 800 processor with Adreno 330 GPU and run on Android 4.4.3 (KitKat) 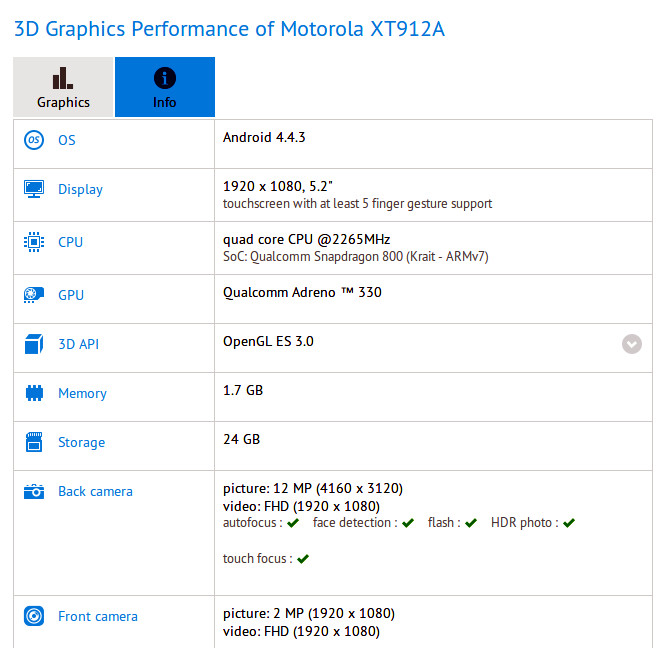 The benchmark listing also reveals that the phone would have a 12-megapixel rear camera with LED flash and full HD video recording and a 2-megapixel 1080p front-facing camera. It would have 2GB RAM, similar to Moto X and 32GB of internal storage (27GB user memory). It also has NFC, but the battery capacity is missing.

Motorola Moto X+1 is expected to come with 25 different back plate options, including leather. It is also expected to unveil more variants of the Moto G and Moto E according to earlier rumors. Motorola has been highly successful after its comeback. It recently reported that it has shipped 6.5 million smartphone in the first quarter of 2014 globally.