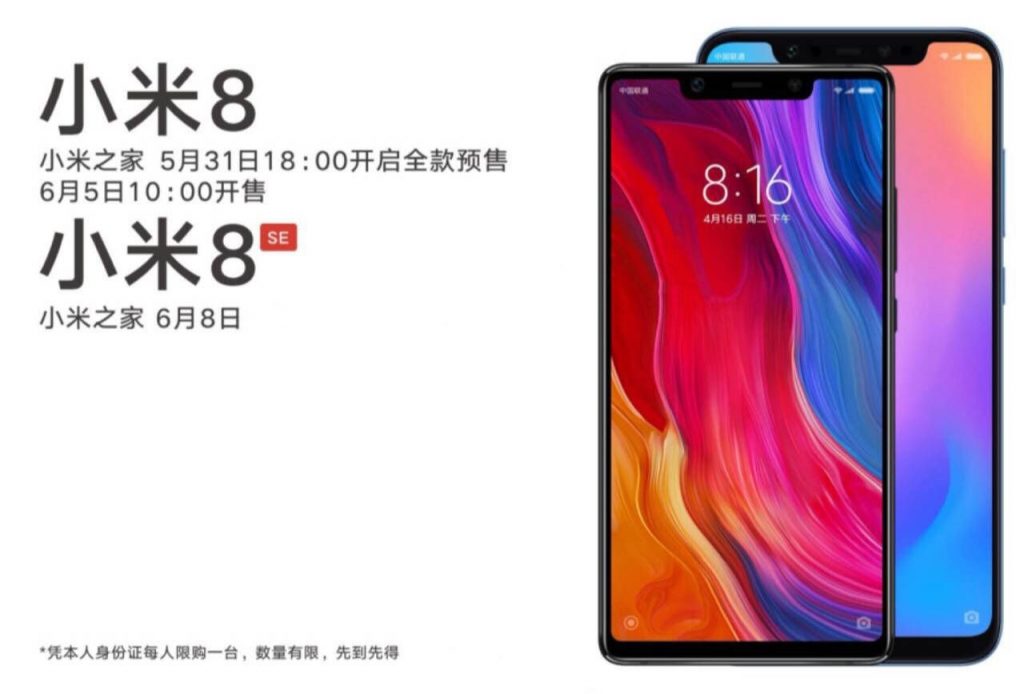 Xiaomi is all set to introduce its flagship Mi 8 smartphone, MIUI 10 and Mi Band 3 tomorrow at an event in China. We had already seen some images of the Mi 8, its retail box, and the company has already confirmed that the phone will be powered by Snapdragon 845 SoC. Now the press shots of the Mi 8 and the Mi 8 SE (Special Edition) has surfaced that shows a notch on both the phones. The Mi 8 SE is rumored to come with a slightly smaller display and powered by the latest Snapdragon 710 SoC. END_OF_DOCUMENT_TOKEN_TO_BE_REPLACED