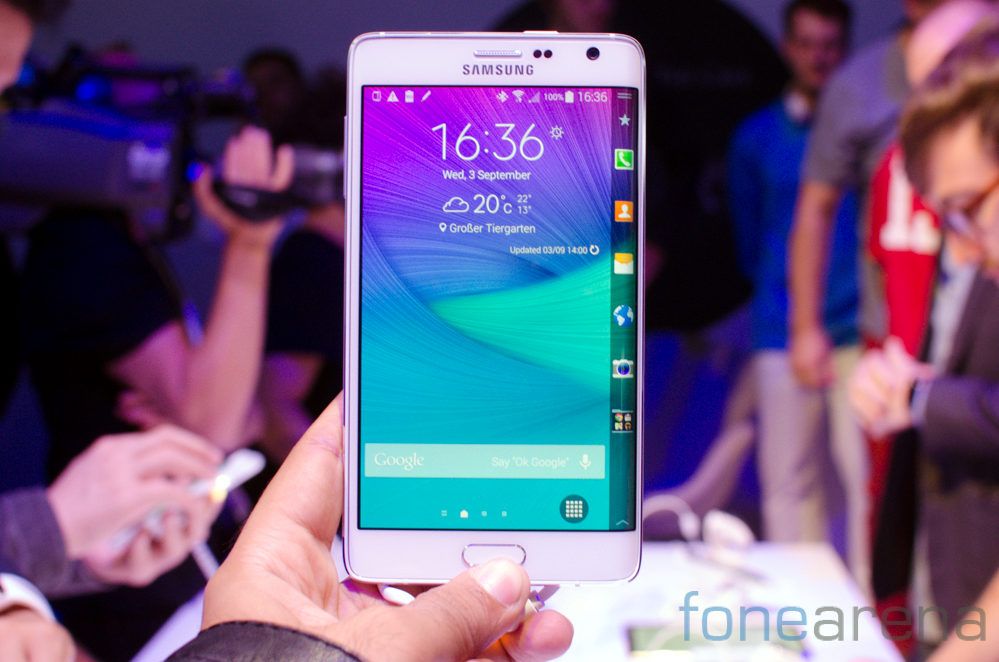 Samsung has launched the Galaxy Note Edge, the company’s first smartphone with a curved edge screen in their homeground Korea. It was announced at IFA last month and packs a 5.6-inch (1440 x 2560 pixels) QHD Super AMOLED display that is curved on the right side that utilizes 160 pixels and gives you access to frequently used apps, alerts and device functionality even when the cover is closed. The Korean variant is powered by a Octa-Core Exynos (1.9GHz Cortex A15 + 1.3GHz Cortex A7) processor. It runs on Android 4.4 (KitKat) with new Samsung UI, comes with a 16-megapixel rear camera with Smart OIS and a 3.7-megapixel front-facing camera with f/1.9 aperture. END_OF_DOCUMENT_TOKEN_TO_BE_REPLACED