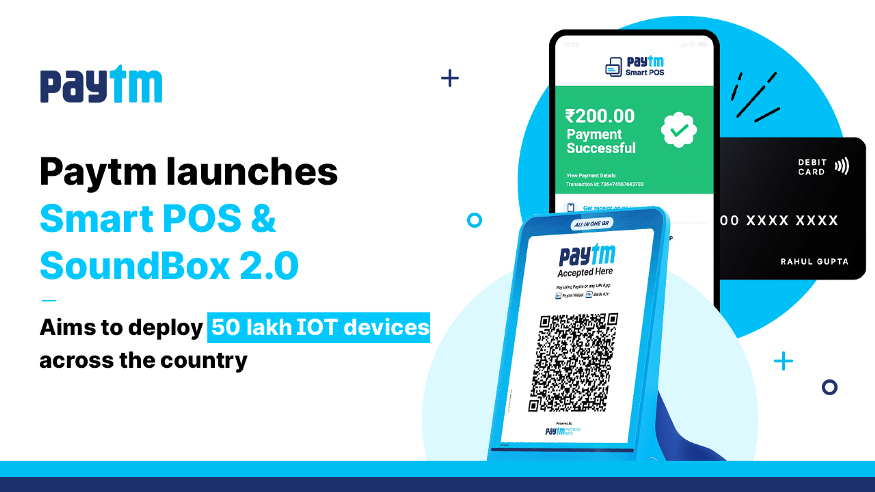 Paytm has announced two new products for their Indian merchant partners, namely the Soundbox 2.0 and Paytm Smart POS for Android Phones. The former product is an updated version of the original Soundbox that was released back in 2019, and the latter is an app that can turn an Android smartphone into a device that accepts debit & credit card payments.