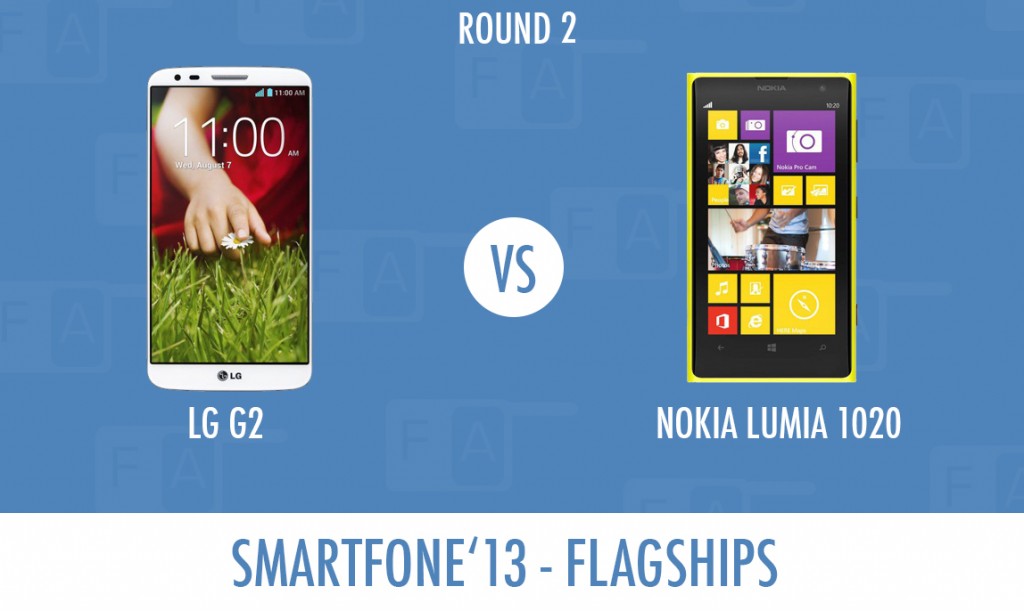 Round 1 of the SmartFone 2013 championship has finally come to an end, with four victors moving their way up to the current round – Round 2. This is the semifinal round and the first battle is between the LG G2 and the Nokia Lumia 1020. Both are undoubtedly great devices and have shown their might in the previous polls already, but what happens when they compete? The LG G2 and the Nokia Lumia 1020 are both innovative in their own respects, making it hard to choose between them, but which one is your choice when asked to choose between these two? Time for you to vote!