HTC has finally revealed its most awaited flagship phone, the One (M8), at an event in New York today. The flagship phone takes on a countless number of other Android flagship devices with an upgraded design and internals, bringing it up to speed, literally. The new One improves upon the older one in a lot of ways, and one of them is by innovating(again) on the camera side. The original One had the industry’s first Ultrapixel sensor, a 4.1 MP camera with pixels sized at 2 microns, which is back on the new HTC One (M8) but it is also accompanied by a secondary camera. While the Ultrapixel is all about gathering more light, this curious little camera that sits above the main unit enables a whole lot of enhancements that HTC proudly portrayed at their event. So what is this “Duo Camera” all about, and how does it really work? Let’s find out.

ICYMI earlier – HTC One (M8) Hands on and our live blog.

Duo Camera – How it works

The term “Duo Camera” has been coined by HTC for its dual camera setup on the new HTC One. This is possibly the first time that we are actually seeing a total of 3 cameras on a smartphone(including the front facing unit), but here the Duo Camera branding particularly denotes the main Ultrapixel unit and the accompanying Secondary Camera. This small camera is mainly used for capturing depth information for the main camera. We know you are very curious to find out how it works, so here is how –

The image above is the principle of how an optical range finder works. Rangefinders were used back during the World War, to accurately calculate the distance between an object “C” and the user. The stereoscopic method used two lenses at “A” and “B” with a single viewfinder. With the two lenses seeing the same object at different angles, a single viewfinder can try to align the image. In turn, the instrument will now be able to calculate the angle required to align the image, which can then let us use the Pythagoras theorem to find out the distance “h”. To be blunt, lesser the angle, longer will be the distance and vice versa. Now consider “A” and “B” as the two HTC cameras on the back. It can now tell the distance between you and the object(s), by mapping all the angles between the lenses and the objects.

Yes, it works exactly on the same principle, but unlike during the World War, the phone can do all the calculations for you. It will hence create an array of information, specifically depth information, by using images from both the sensors. Now the camera knows how far you are from the several objects in front of you. Pretty neat, right? But why, you ask?

Duo Camera – What it does

With rich depth information from every photo at its disposal, the new HTC One can do a lot of creative manipulation and effects on your photos. Here are the most important things you need to know about –

This feature creates artificial bokehs using the depth data from the secondary camera. For example you can choose to blur the background of a portrait photo, adding a smooth bokeh-like effect. The lens accurately knows where to blur. Example – 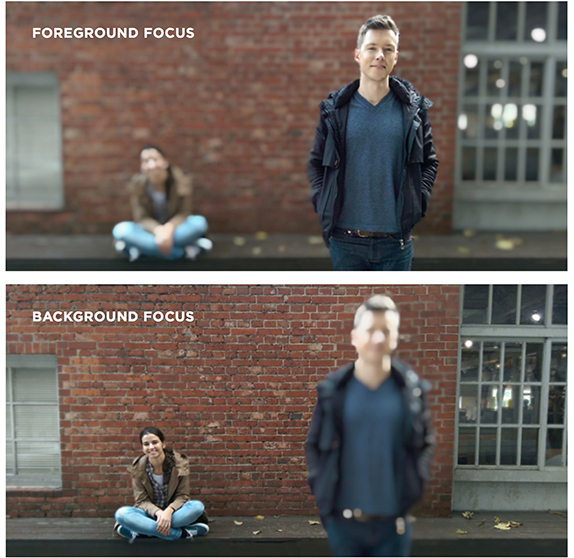 Using the same technique as above, instead of adding a blur, the camera can add certain artistic effects, to alienate the background and make the foreground pop out in the image. 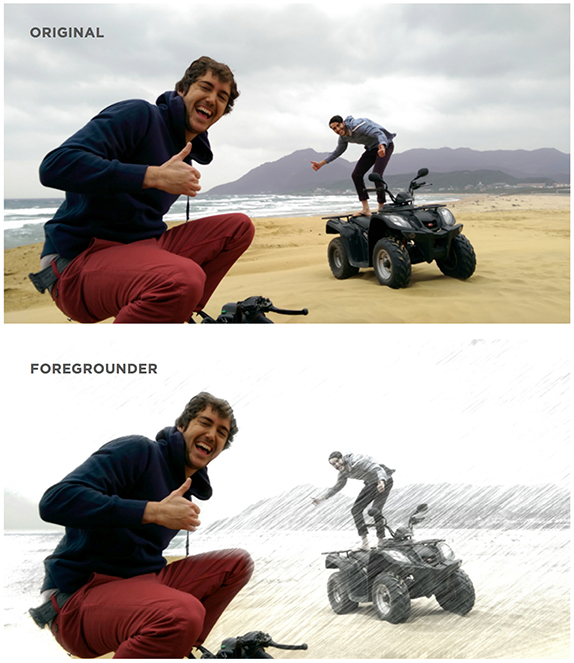 Remember the secondary camera? Yes, that. Since it can differentiate the background and the foreground, and literally everything in between, it can not only choose to do the above mentioned effects, but can also add an extra dimension to your photo. For example, one can keep the foreground constant, enlarge the background and make it move when you tilt the phone left or right. This is how the iPhone wallpaper works with respect to the icons in the fore ground. A similar effect is now possible on your photos. It’s not simple to give an example of this in a photograph, so wait till we get our hands on the camera itself, to show you how it works.

We personally think these are all the new features of the new HTC One (M8)’s still camera you need to care about. There is obviously a lot more to this, like we still don’t know how it will perform or how good the images will be like, and hey there’s video too, but nothing too exciting around that front, at least on paper. So, we are waiting to get the hands on the HTC One (M8) again to test all this out, and of course we will let you know about it when that happens. More information on the new HTC One incoming, so stay tuned to the blog and let us know if you found this article helpful, in the comments section below.