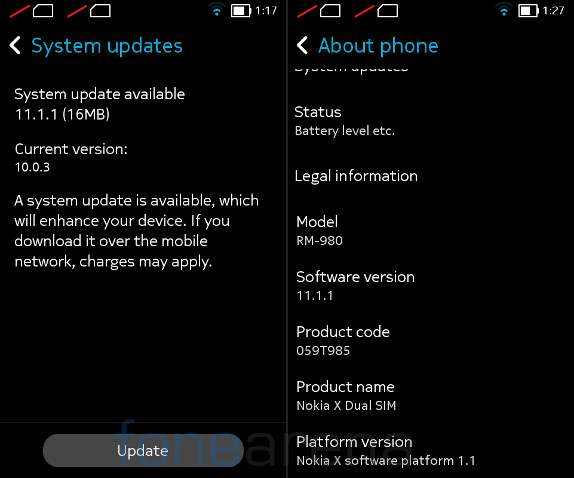 Nokia has started rolling out a minor software update for the Nokia X, the company’s first Android smartphone based on Android Open Source Project (AOSP). The new software update v11.1.1 brings performance improvements compared to the older version (v10.0.3). It also brings option to change the color of tiles in third-party apps.