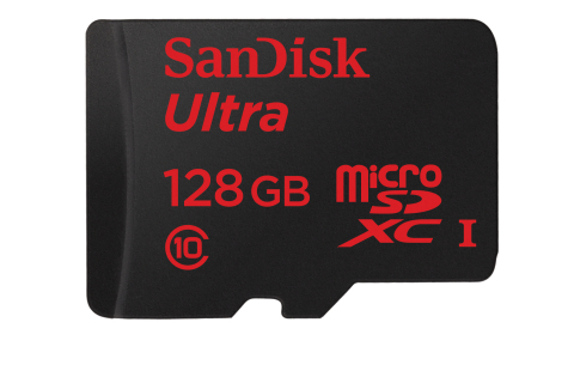 SanDisk Corporation has announced the company’s new 128GB SanDisk Ultra microSDXC UHS-I (Class 10) memory card for smartphones and tablets at the MWC 2014. This is the world’s largest capacity microSD card for smart devices. The first 128MB micro SD card was launched in 2004, it took just 10 years to bring memory capacity of 128GB.

The new SanDisk Ultra microSDXC card again demonstrates how SanDisk continues to expand the possibilities of storage so that consumers can benefit from our latest technology advancements. With 128GB of removable storage, consumers will enjoy the freedom to capture and save whatever they want on a smartphone or tablet, without worrying about running out of storage space.