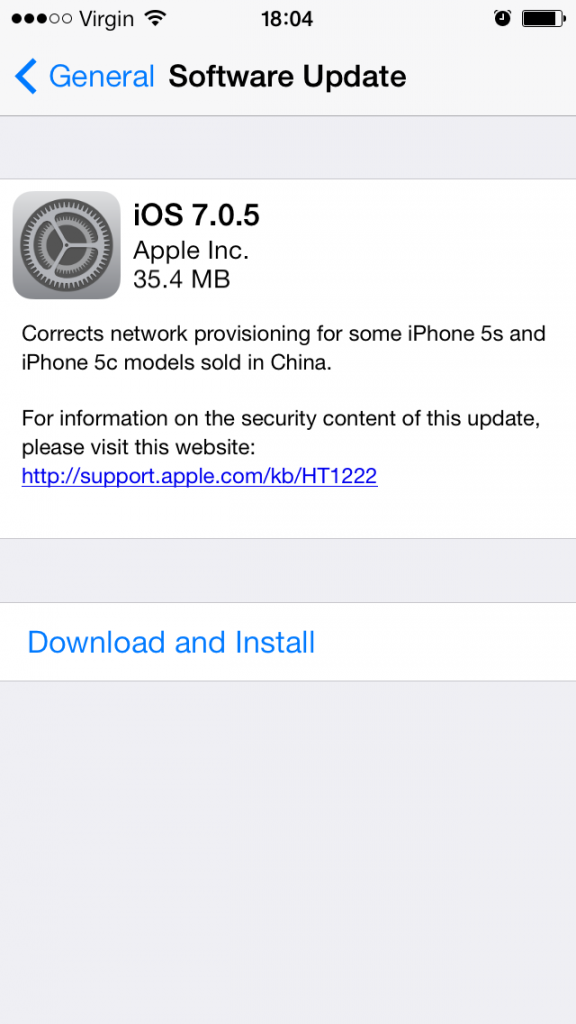 The iPhone 5s and 5c brought with them a major change to the interface and underlying capabilities via iOS 7. While the exact nature of the error is unknown, it is possible that the tweaks made to iOS 7 are partly responsible for the network provisioning error. The iOS 7.0.5 update weighs in at 35.4 megabytes and is available only for non-US models of the iPhone 5c and 5s. The update is available to all non-US devices including and is not restricted to devices in China.