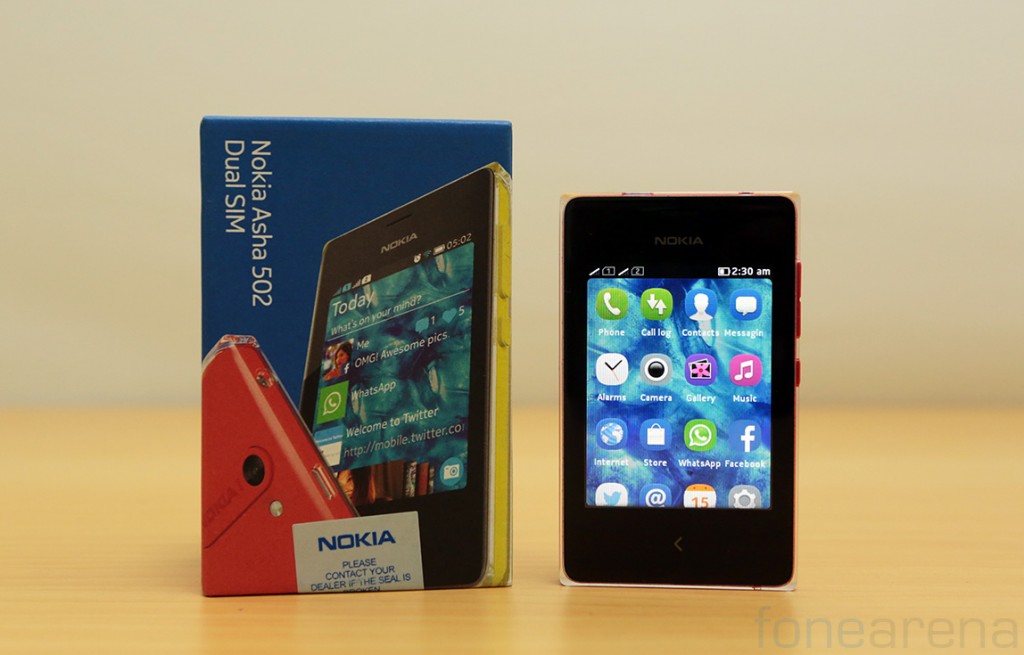 The Nokia Asha 501 was the company’s pilot for the new Asha SW platform. The lineup grew to a full portfolio when they launched the Asha 500, 502 and 503 at the Nokia World event in Abu Dhabi. While we had taken a hands on look at these devices at the event, it was quickly clouded by the flashier lumias. But now we have a chance to check them out again, as these devices have finally launched into the retail market here in India. We have the Asha 502 here, which is basically the Asha 501 with a new cool chassis and a 5 megapixel camera with flash. For a better understanding of the device and the retail box contents, we unboxed the device for you on video, watch –

The box contents of the Asha 502 are minimal, it is a small box and really doesn’t have many items inside – 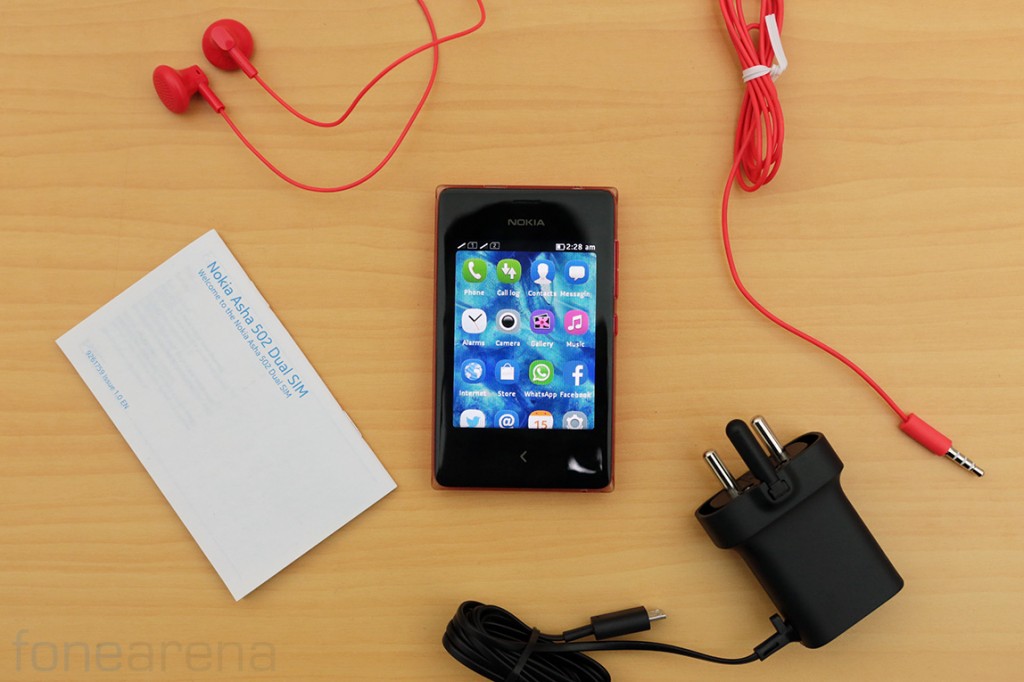 But the device is what impresses us the most. It’s a bright red colour, but unlike the Asha 501, the whole case is covered by a translucent layer of glossy plastic which makes the phone look as though ice has formed over it. It certainly looks very unique and premium, and the colour goes really well with it. 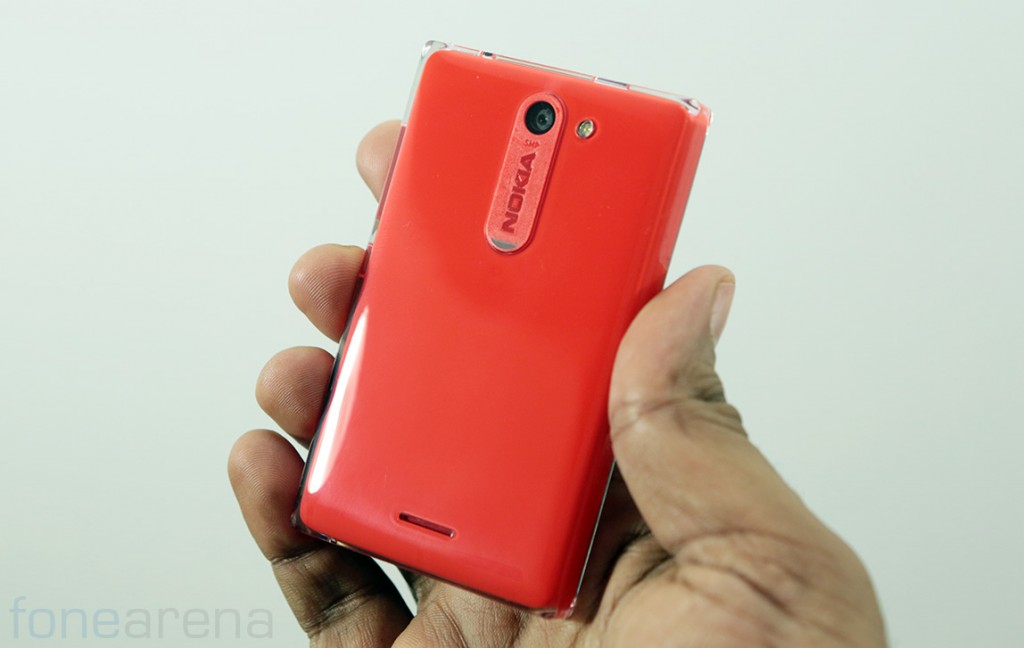 Another main feature of this phone is the 5 MP camera on its back. Accompanied by a LED flash, Nokia aims to provide usable pictures at a reasonable price. This unit might be the same as the Nokia C3-00’s 5MP camera, which is definitely considered a luxury at this price. The camera UI too has adapted to this change by offering the flash options, which can also be hopefully used as a torch light. But more on that in the review, here’s a snapshot of the current version of software running on the Asha 502 – 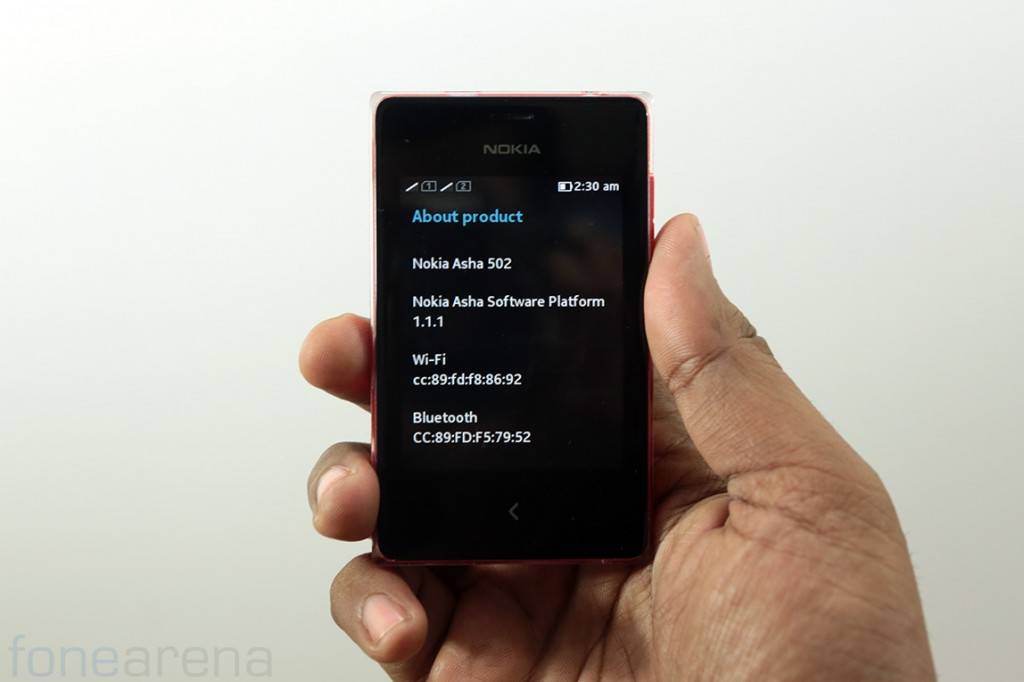 We’ll be bringing you the review of the Nokia Asha 502 soon, but until then, check out our unboxing of the very similar Nokia Asha 503 Dual SIM and here are more pictures of the phone and the box contents –