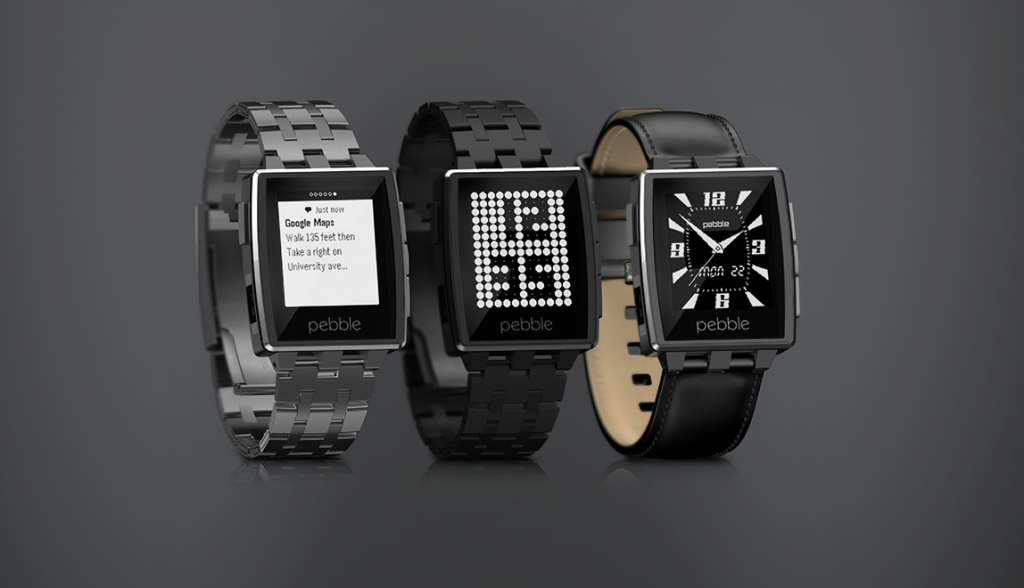 Exactly one year back, the Pebble was showcased to the public for the first time. It was truly one of the first “Smart”watches at that point in time but now we are in the middle of a revolution, where suddenly everyone wants to make one before giants like Apple make a splash into the hot wearables market. But Pebble has been playing it cool. With a comfortable lead in mind share, the company started to expand from its Kickstarter roots and then updated its smartwatch’s software with a new SDK, support for iOS 7 notifications and more. Initially introduced as a sporty colourful watch, one of the major complaints from many users(including us) was that it looked like a toy and the build quality was rather cheap.

Well, Pebble has a solution for it this year at CES 2014, in the form of the all new Pebble Steel, their new stainless steel chassis for the same good old innards. It has the same e-ink display, the same battery and the lot but it’s now thinner, has a stainless steel frame and is protected by clear Corning Gorilla Glass. Watch it in action in this promo video here –

Pebble Steel: "Ready to Go" from Pebble Technology on Vimeo.

The Pebble Steel improves upon the old Pebble in a number of ways. Firstly, it makes the Pebble Smartwatch premium. Made of forged and CNC-machined Stainless steel, the watch admittedly is now in the classy category. With matching straps, the Pebble Steel does look really awesome and it comes in two colour variants – Brushed stainless steel and Black Matte.The watch will come with two bands out of the box, one leather and the other in matching stainless steel.

Second, it’s more Glassier. Yes, the display is now protected by Gorilla Glass and even includes a finger print coating. No more weird glue-induced colours on the Pebble, it’s all clear glass now, with less scratches and finger prints, which, we think, is great and much needed. Not only that, there is also a new RGB LED indicator at the bottom left of the watch face which will let you know the status of the battery. Again, a much needed addition as there was no proper way other than the sometimes appearing battery indicator to find this out, should be really handy to find out when the battery is low. Another video to show case the new smartwatch –

The watch also loses the plasticky buttons on the sides and goes for stainless steel machined ones, which introduce better tactility and of course, more premium look and feel. Same goes for the new magnetic connector, which we hope is now more magnetic and sturdy than it is now, in its current form. With all the premium additions, the price naturally gets higher. The Pebble Steel will be exclusively available for order from the GetPebble.com website, starting today, for $249. That’s just $50 less than the Samsung Galaxy Gear, but we’d say the Pebble is a much better deal, especially now that it has gained a new SDK and an App Store.

We shall be bringing you a hands on of the new Pebble Steel straight from the CES 2014 show floor where Pebble will showcase it. Stay tuned for our hands on images and videos.