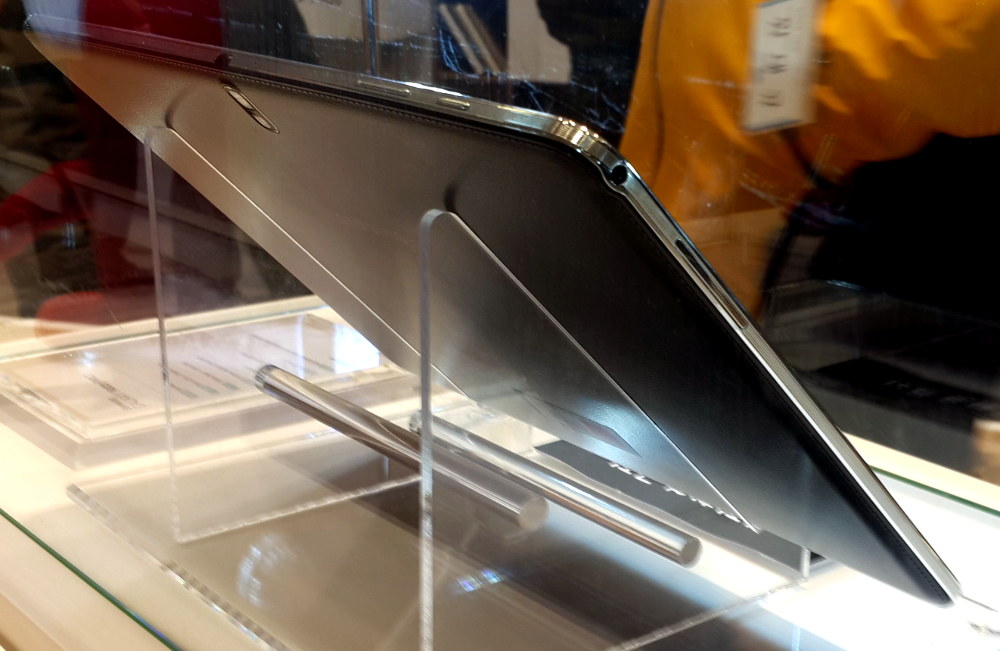 Samsung Galaxy Note 12.2 (SM-P900) was spotted at the FCC back in November 2013. The high-end tablet would be called Samsung Galaxy Note Pro 12.2,, according to SamMobile that leaked the complete specifications of the tablet through AnTuTu Benchmarks screenshots. According to the earlier leak tablet is rumored to feature a 12.2-inch (2560×1600 pixels) display equipped with IGZO (Indum-Gallium Zinc Oxide) technology and Bluetooth 4.0 LE and Wi-Fi 802.11ac. The Samsung Galaxy Note Pro 12.2 LTE (SM-P905) would have similar specifications of the WiFi variant and also come with 4G LTE radios, the new leak reveals.

Battery life of the tablet is not available yet. It is not clear if 3G version will use an Exynos CPU again, just like the Galaxy Note 10.1 (2014 Edition) (SM-P601). The Samsung Galaxy Note Pro 12.2 Pro is expected be unveiled at the MWC 2013 in February.