It is no secret that Samsung plans to introduce a smartwatch at its upcoming event at IFA. Ahead of the launch, prolific leaker of upcoming devices ie evleaks has posted screenshots of the application that will interface with the watch. 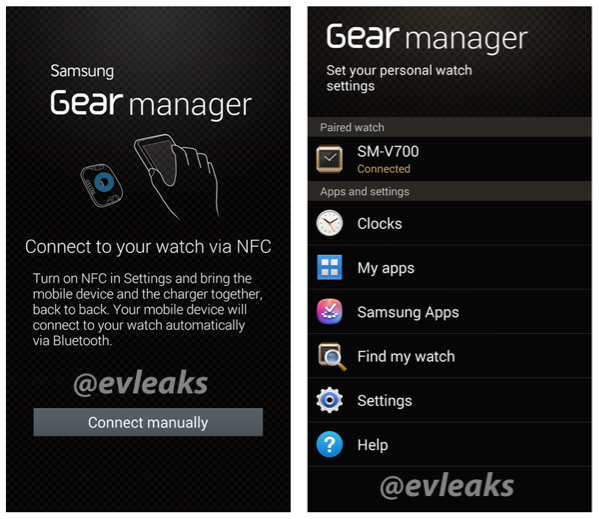 The images confirm that the watch will be using NFC for pairing with smartphones but will also employ regular bluetooth based connectivity. The watch that is named SM-V700 will have a variety of apps including clock faces and several Samsung specific applications. A My Apps section can also be seen in the software but it remains to be seen what is included here. A find my watch function will presumably trigger an alarm and/or vibration feedback to help you locate your watch. We’ll be reporting live from IFA next week where we’ll have the complete low down on the Samsung Galaxy Gear, the Note III and all other devices announced. Excited about Samsung’s smartwatch? Let us know why in the comments below!