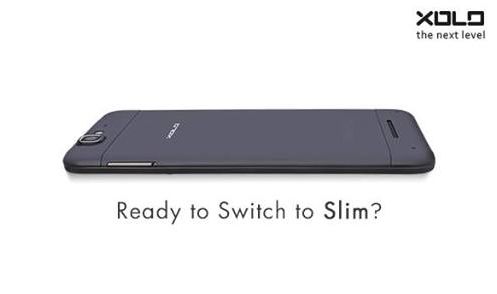 Xolo has started teasing a upcoming smartphone on the Facebook page. The image just shows back of the smartphone that also shows how thin the smartphone is. This might be the Xolo Q1000S, which we reported last month that would be just 6.8mm thick. You can also see the camera bulge and the back is likely to have a matte finish.

According to out previous report the Xolo Q1000S would be powered by a quad-core processor clocked at 1.5 GHz (probably MediaTek 6589T), house a 13-megapixel rear Camera and a 5-megapixel front facing camera, similar to Micromax Canvas 4. It will have a 5-inch HD display similar to the Q1000. Xolo launched the T1000, the company’s first device powered by a NVIDIA Tegra 3 processor, which we reviewed recently.

The Xolo Q1000S was expected at the end of July or in the first week of August, but it was delayed. It is likely to be priced between Rs. 16,000 and Rs. 17,000. On their Facebook teaser they just says “The wait will soon be over…” without any exact date of the launch. Hope we can expect the device  by the end of this month.