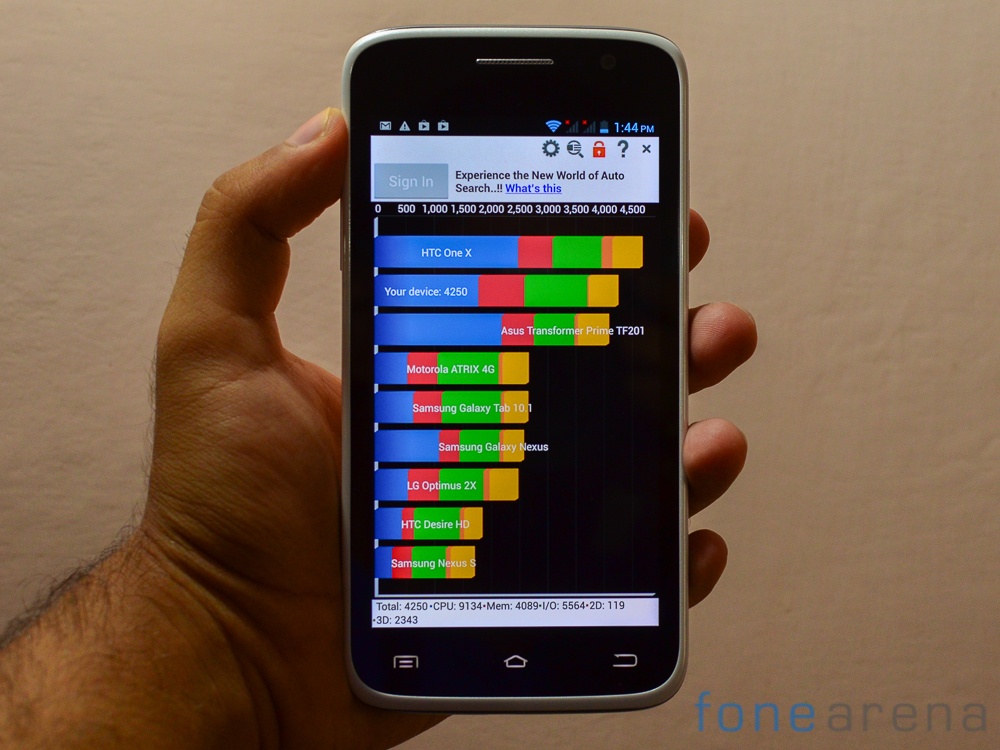 S Mobility has launched the Stellar Pinnacle FHD Mi-525, the company’s first smartphone with a 5-inch full HD display. Here we have the benchmarks of the device. It is powered by a quad-core MediaTek 6589T processor clocked at 1.5 GHz with PowerVR SGX 544MP GPU. Since this has a faster processor, the scores would obviously be better than the MT6589 chip clocked at 1.2 GHz. Can this beat other phones such as the Xolo Play powered by a Tegra 3 chip ? Let’s find out. 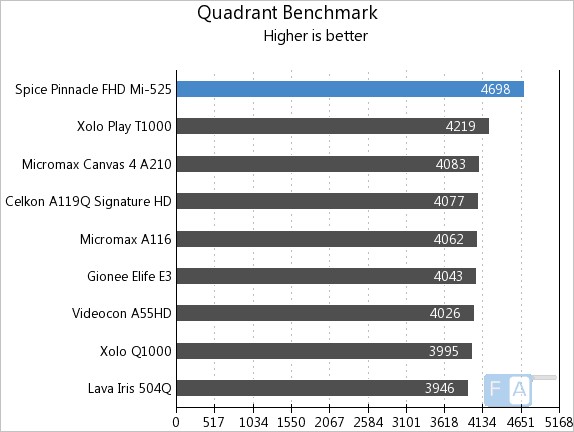 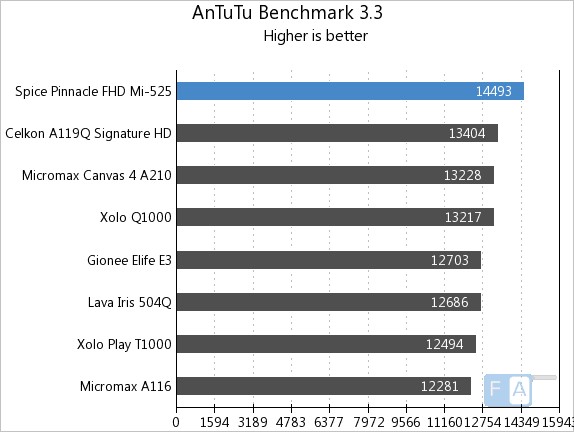 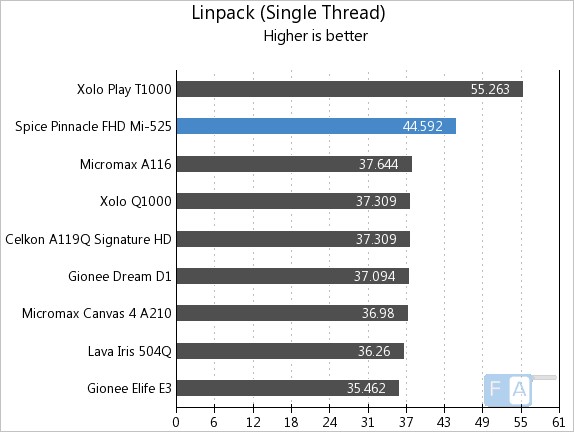 In the Linpack, the Xolo Play powered by the Tegra 3 processor beats the Mi-525. 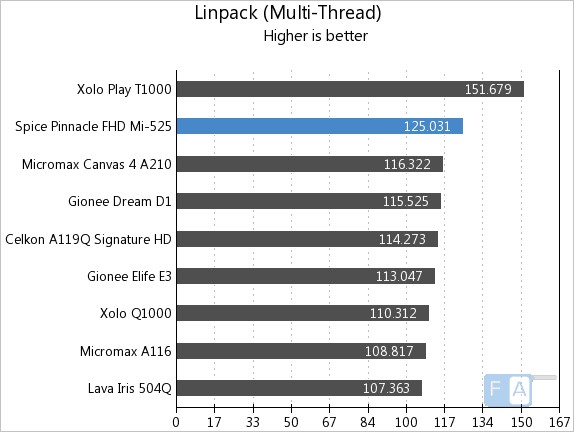 The Spice Pinnacle FHD holds the second spot even in the Linpack multi-thread benchmark. 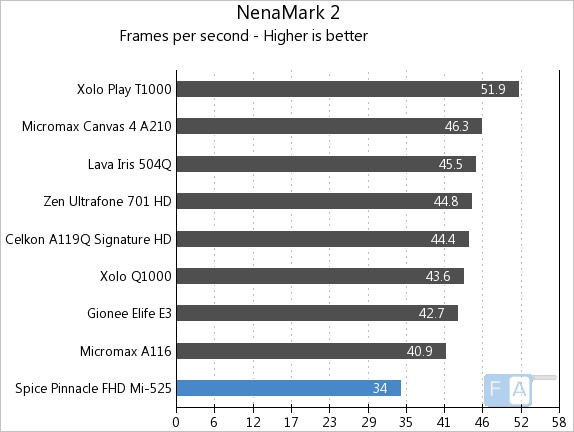 However since the phone has a 5-inch full HD display the PowerVR SGX544 GPU could manage to clock just 34 fps. 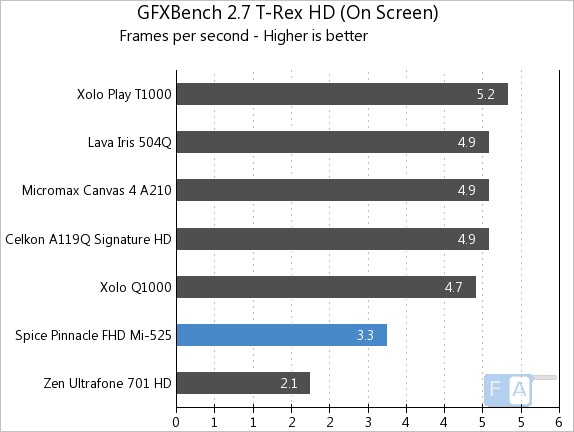 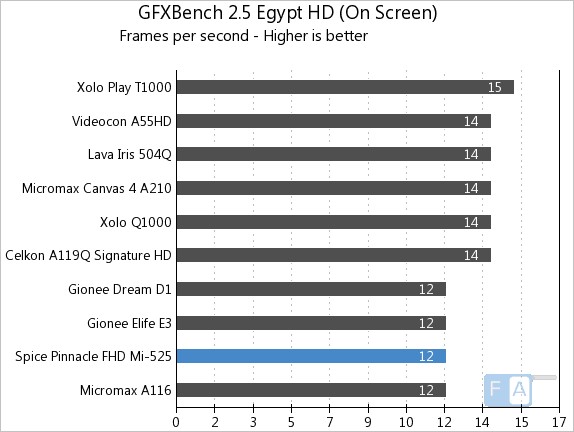 In the GFXBench 2.5 Egypt GPU benchmark, it manages to clock 12 fps similar to most of the other quad-core smartphones in the similar range. 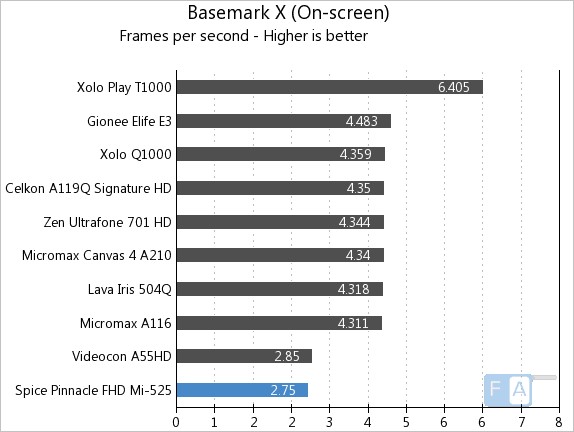 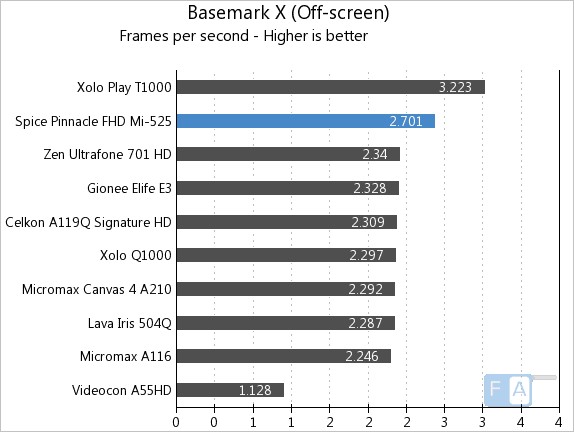 Even though the phone clocked just 2.75 fps in the Basemark X on-screen GPU benchmark due to its large screen size, it clocks 2.7 fps and grabs the second spot, behind the Xolo Play in the Offscreen benchmark. We will bring the complete review of the smartphone soon.