LG has just announced its new flagship device at an event in New York. Called the LG G2, it is the first smartphone under the company’s new G series of premium devices. The handset combines some of the most cutting technology out there right now with some very intriguing design choices. 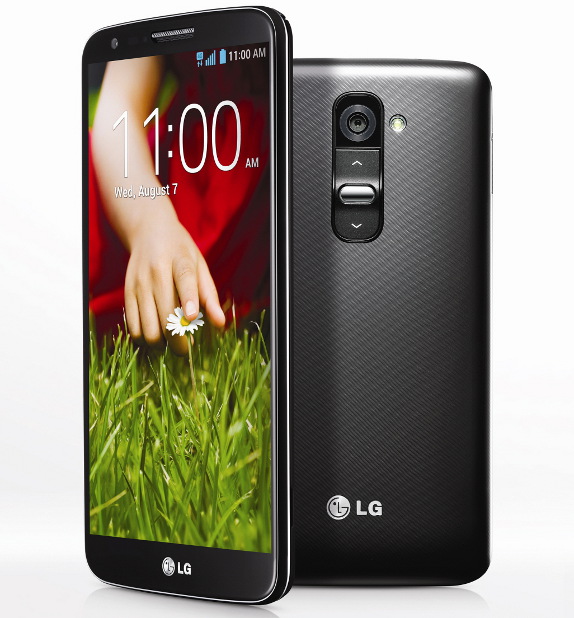 The LG G2 places all the buttons on the rear of the device which should make it easier to reach given the size of the device.  Moving the main buttons to the back of the phone gave users more control since this place was where individuals’ index fingers are naturally located.  Long-pressing on the rear-mounted volume keys allows users to launch QuickMemo and the camera app, making note taking and photo capturing even easier than before. The phone also lets you double tap the display to unlock the phone. 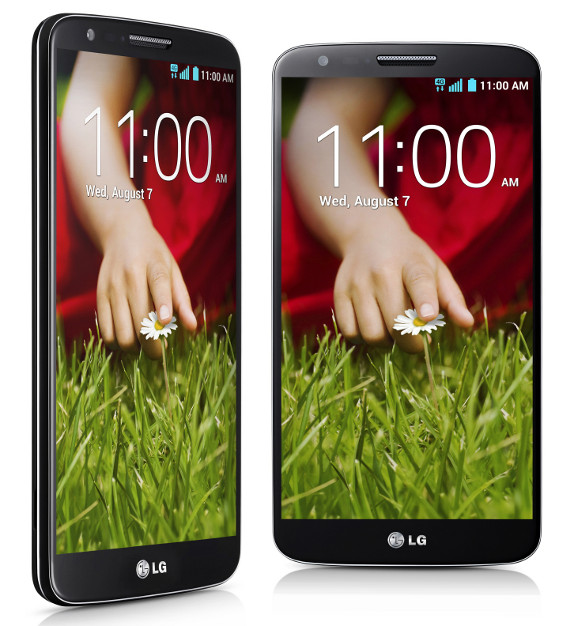 The display is a 5.2 inch Full HD screen and is designed for one handed operation being an edge to edge display. The screen bezel is 2.65mm on either side. Given the quality of displays that LG has used in devices like the G Pro, we expect the G2 to have a stunning display. The LG G2 employs Graphic RAM (GRAM) technology. GRAM reduces the display’s energy use by up to 26 percent on a still frame and increases overall usage time on the device by approximately 10 percent.  Under the hood is a Snapdragon 800 processor clocked at 2.26 GHz. There is also 2GB of DDR3 RAM. The camera is a 13MP unit that is equipped with OIS for superior low light images. The front camera has a 2.1MP sensor. It also comes with LTE-Advanced and TDMB support in Korea. 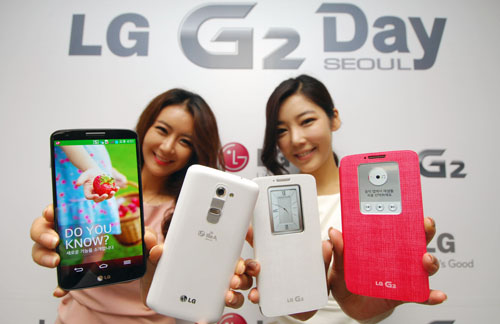 The LG G2 comes in Black and White colors and would be rolled out in over 130 carriers in 8 weeks starting in South Korea followed by North America, Europe and other markets.