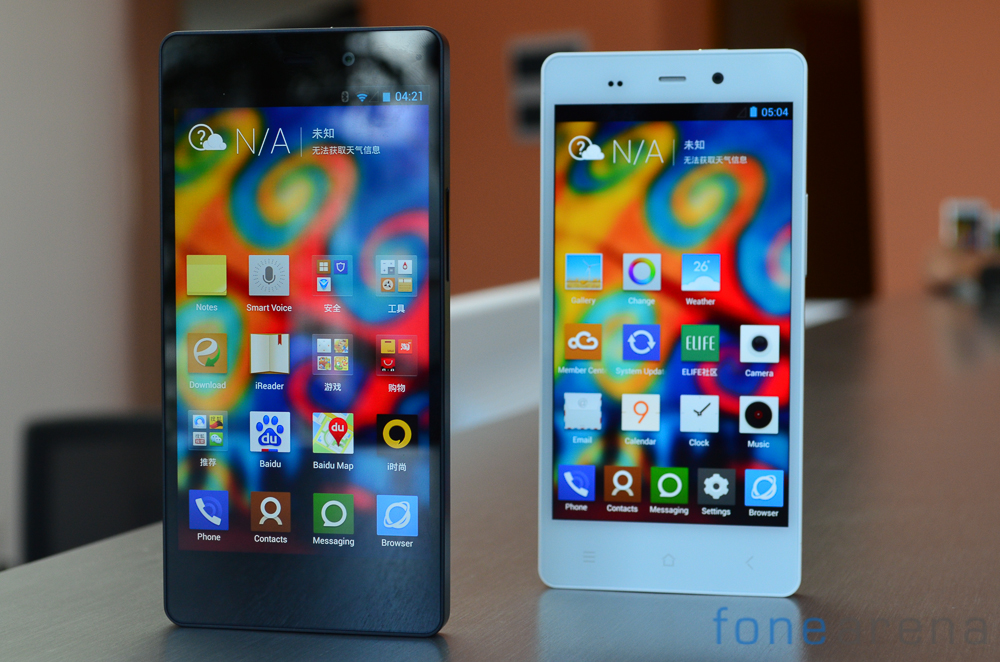 As Gionee enters the Indian smartphone market, the only thought that crosses everyone’s mind is that here is yet another ‘Chinese’ smartphone maker here to peddle mediocre products with negligible after sales support. When the company invited us to visit its manufacturing facilities, we jumped on the opportunity to see what actually goes on behind the scenes. However that is a story for another day as today we’ll check out Gionee’s upcoming flagship product. ie the Gionee Elife E6. 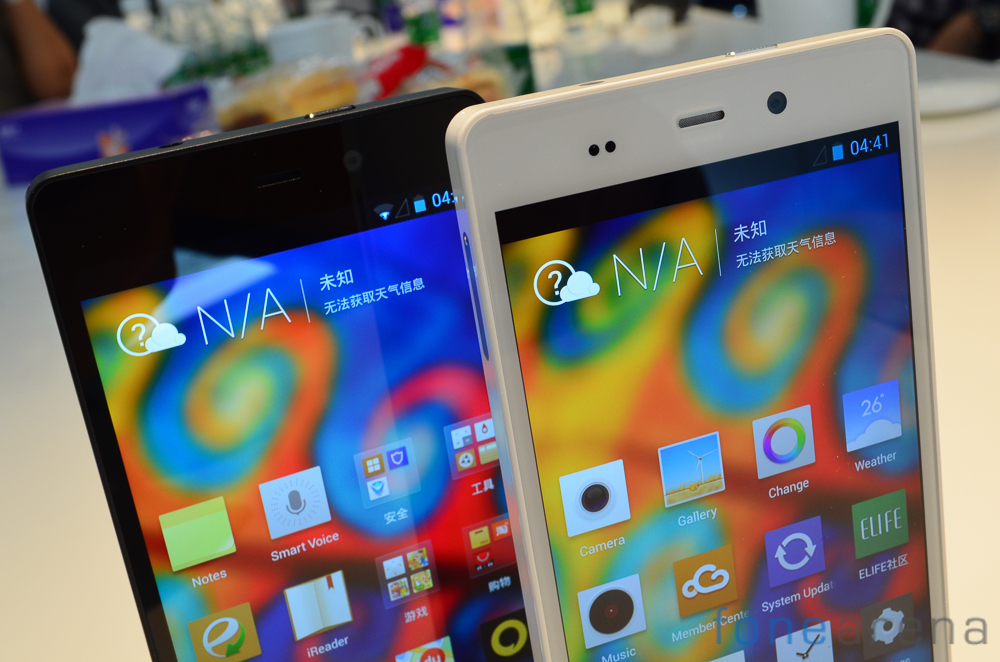 The Elife E6 as it is being called is an amalgamation of the best features available on smartphones across the board, or so the designer claims. There is no doubt that the handset is inspired by the likes of the iPhone 5, Blackberry Z10 and even the HTC One but that isn’t always a bad thing. William Lu, President, Gionee mentions that the company sources parts from some of the best suppliers around and relies on the likes of MediaTek & Qualcomm for the chipset in use. AuOptronics and Samsung supply the displays and the camera modules are sourced from Sony or Samsung depending on the device. This focus on quality shows as the handset could easily pass off as a smartphone from a top tier brand. Indeed, Gionee is amongst the top three brands in China with sales exceeding 23 million units. The front of the phone is dominated by a 5inch Full HD panel that is stunning to look at with vibrant colors, excellent brightness and very good viewing angles. The panel is of the OGS (One Glass Solution) variety wherein the touch sensor and the covering glass are combined into a single sheet. Text appears to float on top of the display. 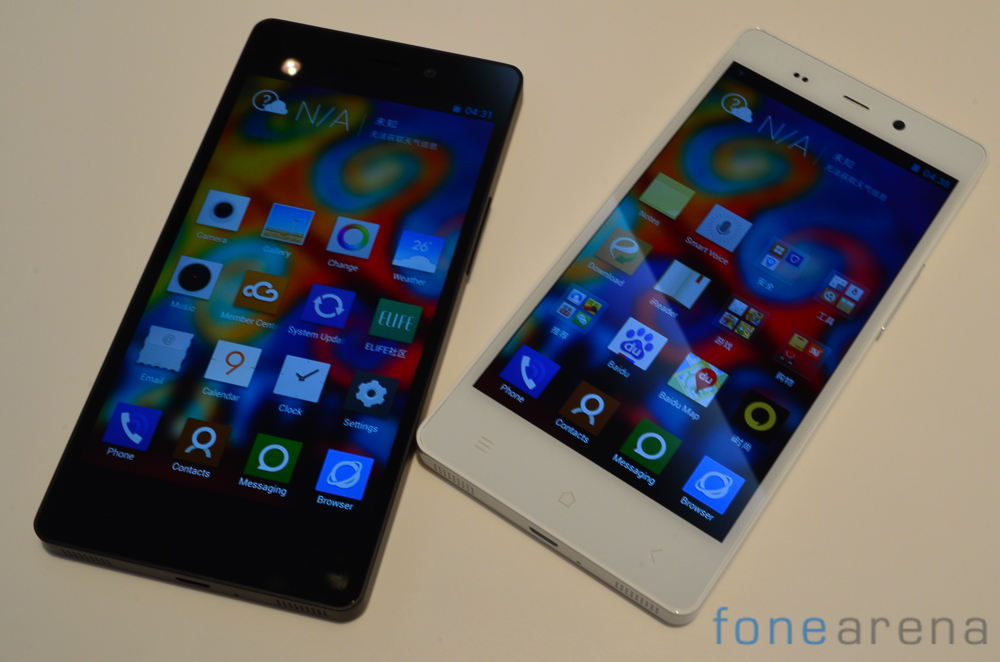 Under the hood is a 1.5GHz quad-core processor, 2GB of RAM, 32GB of internal storage and a 2,020mAh battery. There is no microSD card slot. The front of the phone has a 5MP camera while the back sports a rather brilliant 13MP shooter. The camera is amongst the best we’ve tested out on Android devices and you’ll be pleasantly surprised by it. More on that in our full review later this month. Performance is decent but as of now needs a bit of optimization which would explain the delay in bringing the handset to India. 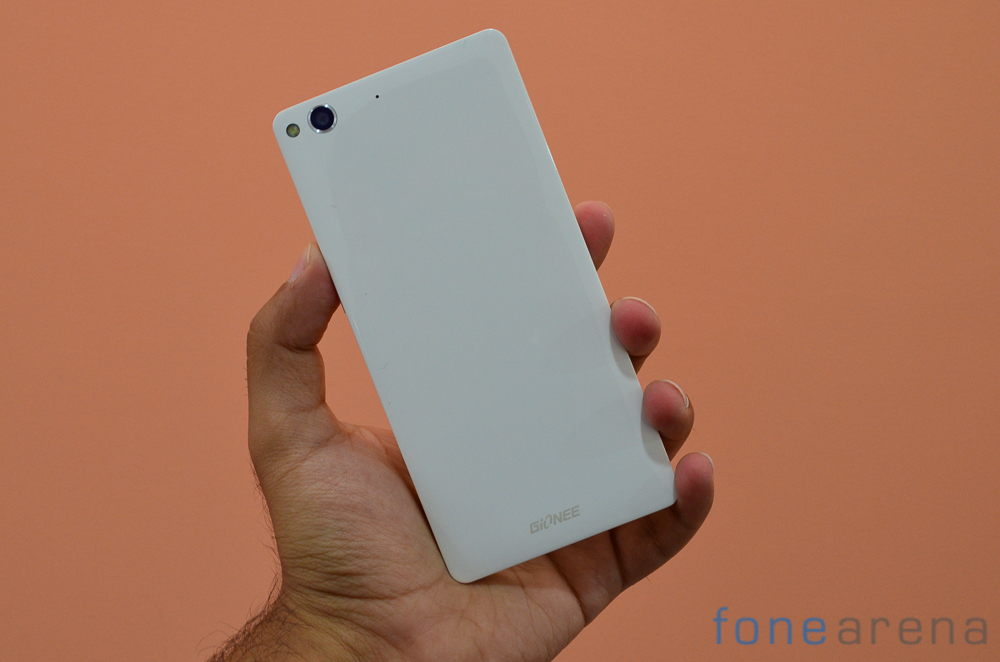 The handset runs a fork of Android called Amigo. The system has been built on top of Android 4.2 and offers deep rooted battery optimizations. Gionee claims that the handset will lose a very minimal charge even when keep on standby for long durations. Other optimizations include active management of connections to facilitate longer battery life. The customizations in Amigo run deep and include a completely reworked interface that vaguely resembles both the iPhone and to a certain degree, Sense 5.0. Amigo has been built with GTD ideologies in mind and aims to help you get your work done as soon as possible, or so the company claims. Gionee provides fortnightly updates to the device in China and expects to follow the model in India with a monthly OTA cycle keeping in mind the translation requirements. 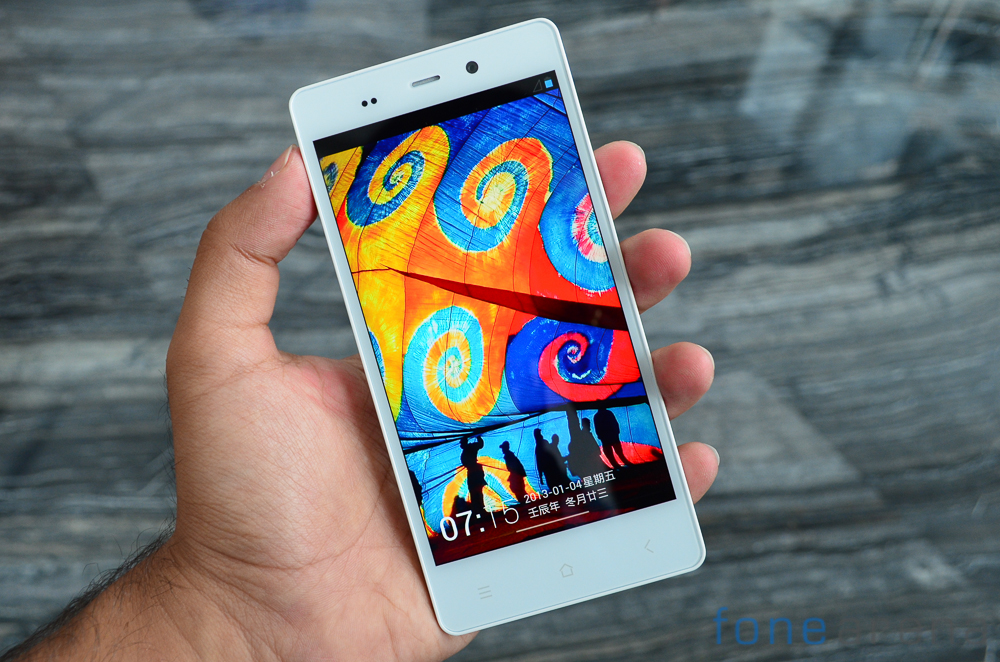 We feel that the Gionee Elife E6 is a gorgeous phone with excellent build and an interesting take on custom interface layers. In its current prototype state, we did notice suboptimal performance but we’re ready to give it the benefit of doubt. Having reviewed and enjoyed using the Elife E3 previously, i’m cautiously optimistic that we might just have a value proposition competitor to the bigwigs in the game. We’ll have more on the Gionee Elife E6 towards the end of the month when the handset launches in India.

Disclaimer: Gionee sponsored our travel & stay for the duration of the visit