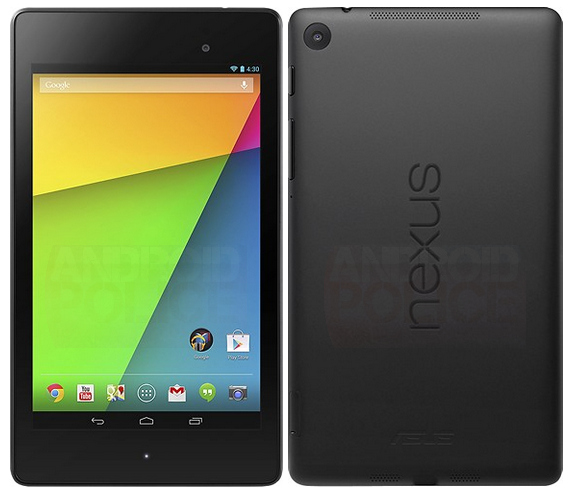 Earlier today evleaks leaked the press shots of the New Google Nexus 7. Now Android Police has leaked the press images of the tablet that shows off a new wallpaper. This might be the default wallpaper in the Android 4.3 says the website. Unlike the first Nexus 7 tablet, this has a LED notification light and a rear camera. It would also feature a SlimPort similar to the Nexus 4, but it lacks the pogo pins for the docking station that was present in last year’s Nexus 7. Looking at the leaked press shots, this tablet is also expected to come with a matte finish similar to the first Nexus 7. 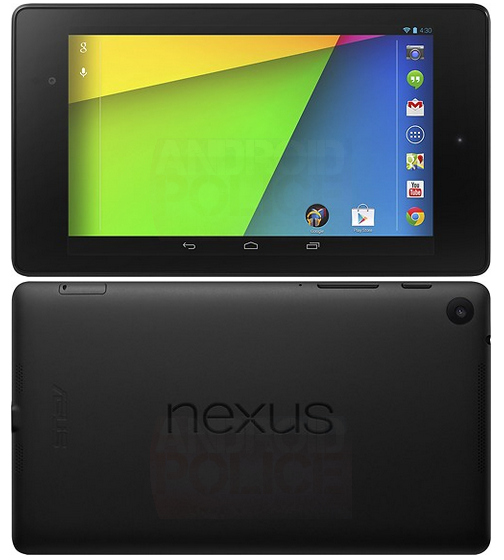 According to earlier leaks the new Nexus 7 is expected to come with a 7-inch full HD display, powered by a 1.5 GHz quad-core Snapdragon 600 processor and run on Android 4.3 (Jelly Bean). It would feature a 5-megapixel rear camera, 1.2MP front-facing camera and comes with 16/32GB internal memory. No details about the RAM or whether we would see a LTE-variant of the device yet, but earlier rumored suggested a LTE variant.

Looks like we have to wait a couple of days  official announcement to find out. According to the rumors the Wi-Fi variant would be priced at $229 for the 16GB version and $269 for the 32GB variant, which seems like a nice deal looking at these specifications.