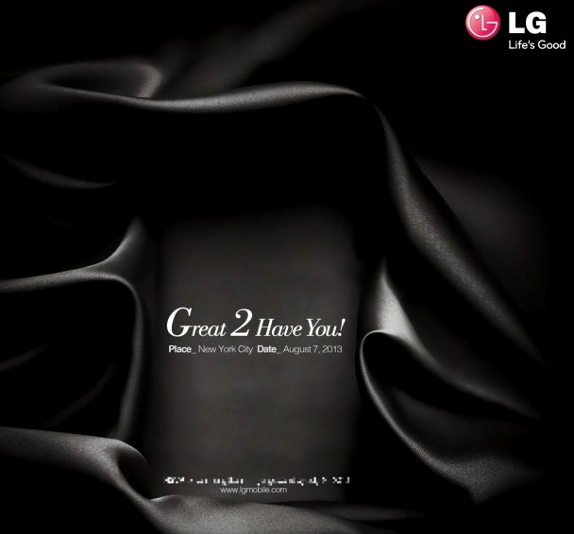 LG has started teasing about the New York event on August 7th that leaves several hints that points out to the Optimus G2 launch. The invite has G and 2 in capital letters. Specifications of the device leaked last week. The rumored specifications include, 5.2-inch (1920 x 1080 pixels) full HD IPS display, Qualcomm Snapdragon 800 processor , Android 4.2 with Optimus Ui,  2GB of RAM and a 13-megapixel rear camera with LED Flash. The phone is also expected to come with Ultra HD video recording and playback.

Here is the official teaser video

The leaked specs also revealed that the phone would come with Optical Image Stabilization (OIS), physical buttons for power and + and – for camera zoom and volume up-down functions on the back and no physical buttons around the chassis. The event is just one month away, LG would reveal more details about the phone before they unveil their next flagship smartphone.