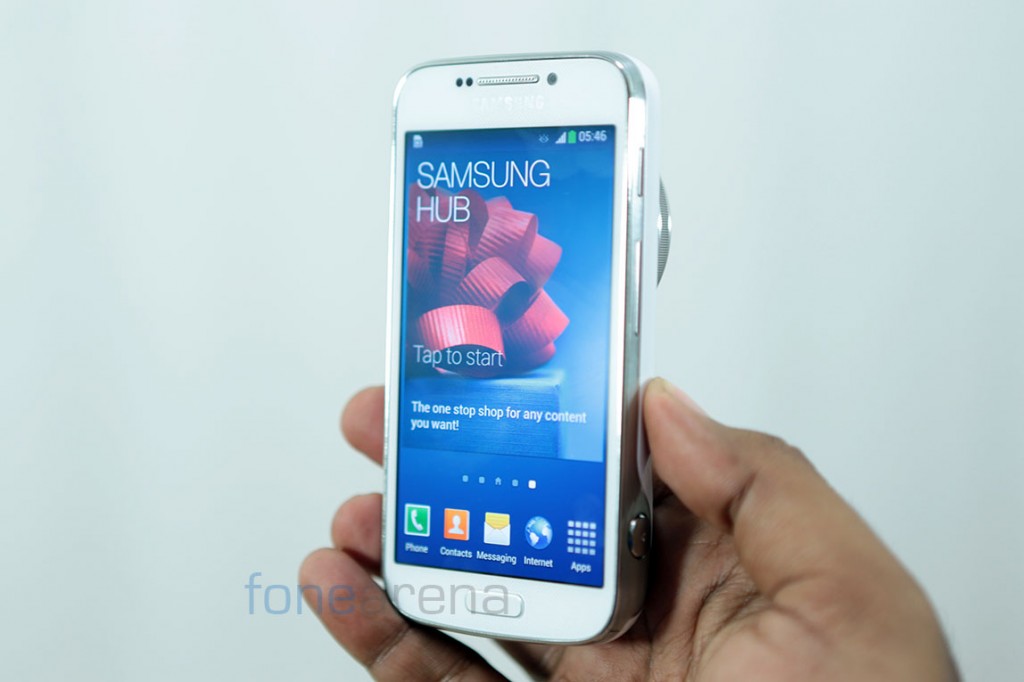 We have an exclusive unboxing of the just announced Samsung Galaxy  S4 Zoom camera phone first on FoneArena which was showcased at an event in London last month where we got a hands on this super-sized camera phone.The S4 Zoom is basically a Galaxy S4 mini with a zoom lens attached to it on the back. It looks like a phone from the front but the moment you get a glimpse of that 10x zoom lens on the back, you just can’t continue to think of the Galaxy S4 zoom as a phone, it feels more like a mini version of the Galaxy Camera which was launched last year.The main difference between the two is that the S4 Zoom can make phone calls while the Galaxy Camera can’t.  We got hold of the retail package from the Middle-East and here is a look at the device and the package contents. Check out the unboxing video below 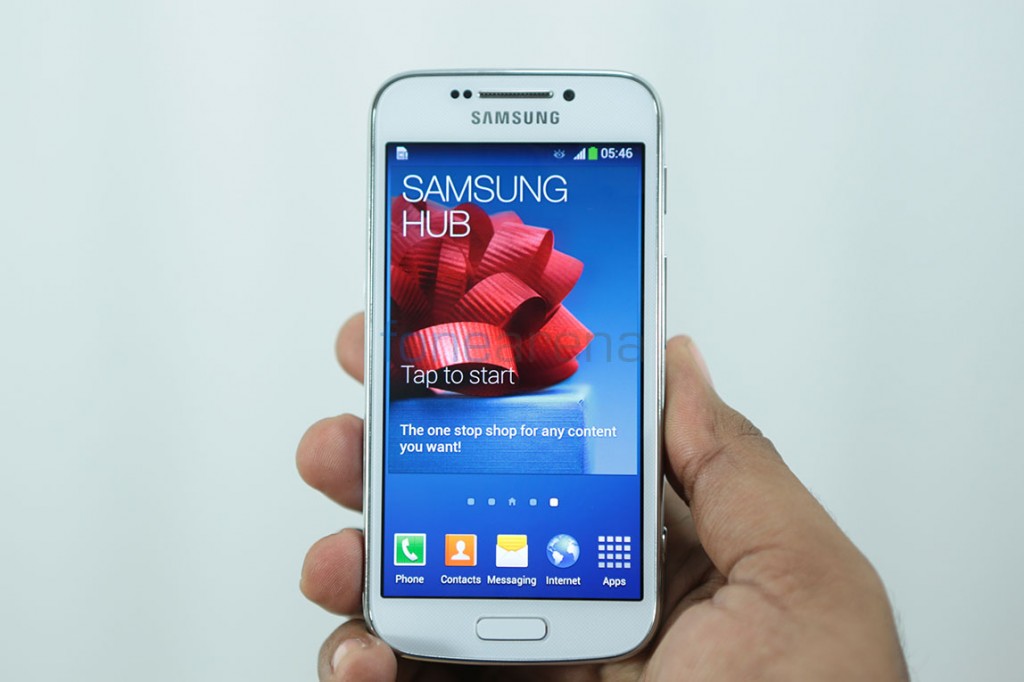 On the front is a 4.3 inch SuperAMOLED display very similar to the S4 mini  with the earpiece above the screen and the android keys and home button below it. There is also a 1.9MP camera next to the earpiece.

On the back is the camera along with the Xenon flash and the loudspeaker. 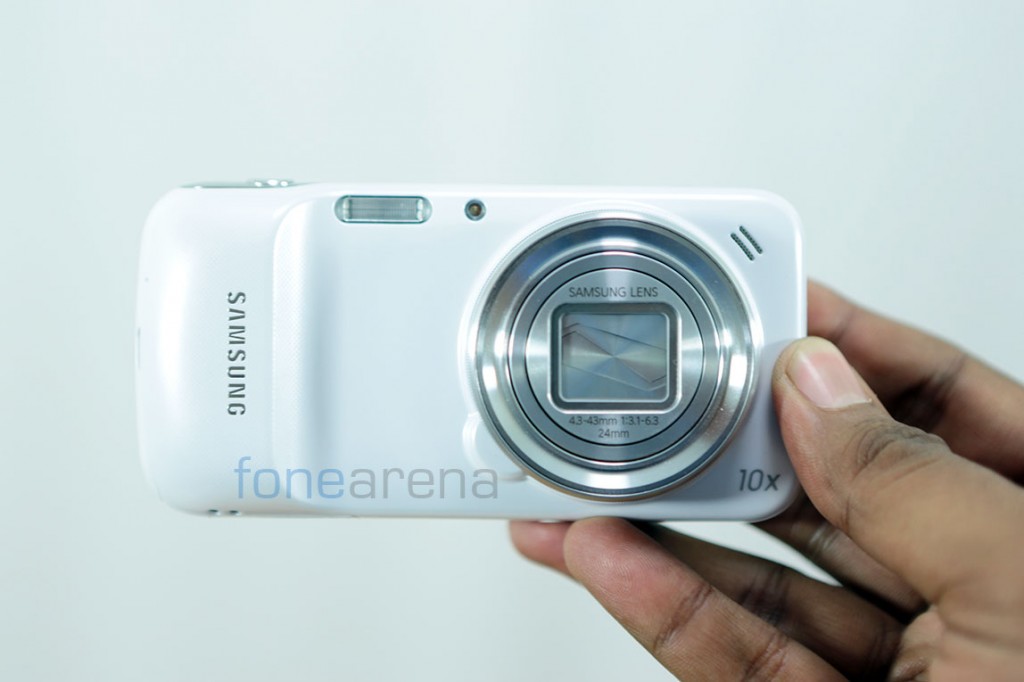 The big story here is the camera with a 16 Megapixel BSI (Back Side Illuminated) sensor which also features Optical Image Stabilization. Samsung is also claiming that this is the only phone with 10x optical zoom. There is also the focus assist lamp and a Xenon flash to assist in low light shots. 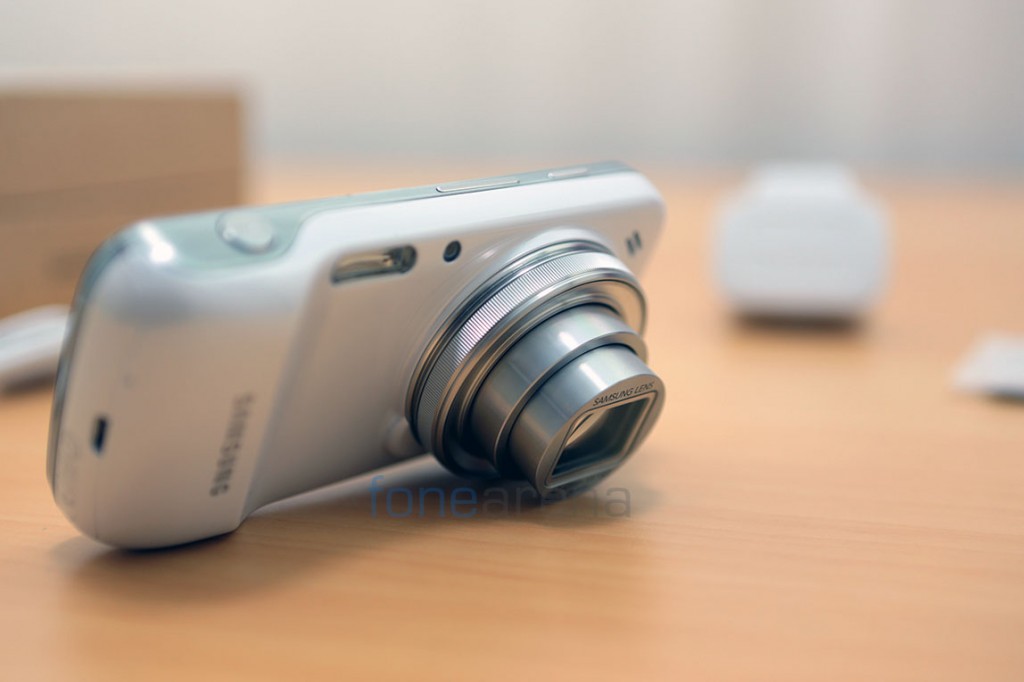 Here are the box contents :- 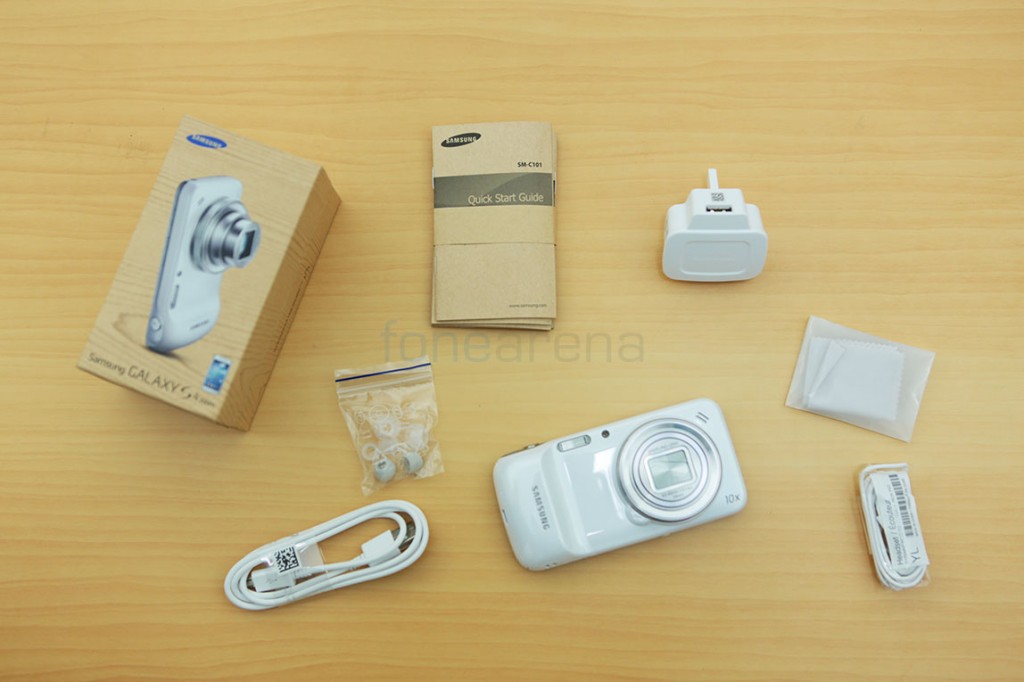 The phone is powered by a 1.5 GHz dual core CPU, the exact processor is not mentioned on the box but it is actually a Samsung Exynos 4212 ARM Cortex A9 chip clocked at 1.5 GHz and features a Mali-400 GPU alongside. There is 1.5GB of RAM.

There is 8GB of inbuilt memory and user accessible space is around 5GB. It runs on Android 4.2.2 Jelly Bean with the TouchWiz skin on top.

There is a microSD card slot and a microSIM slot for the calls and data. Yes , you get a phone app on this camera-like device. Wouldn’t it be a funny feeling to have a zoom lens at the other side of an earpiece ?

The device has gone on sale in Dubai and costs about $525 in case you are interested in picking one up. It should be going on sale in the UK soon.

We should be posting some more coverage of the device including camera samples and comparisons.