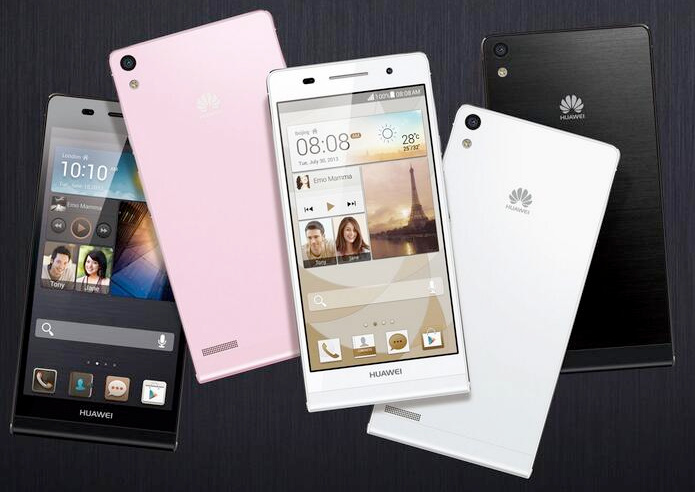 Huawei has finally announced the Ascend P6, the company’s latest flagship smartphone with metallic body at an event in London. It comes with a 4.7-inch (1280 x 720 pixels) display based on in-cell LCD screen technology and MagicTouch that is responsive even when wearing gloves, powered by a 1.5 GHz quad-core processor and runs on Android 4.2.2 (Jelly Bean) with new Emotion UI that comes with panoramic shoot, facial recognition photography, Themes, enhanced Easy Panel with profile selection. It has a 8-megapixel rear camera with BSI sensor, F2.0 aperture and 4cm macro and 1080P full HD video recording and has IMAGESmart software with lot of features including HDR video recordin. It packs a 5-megapixel front-facing camera with auto facial-enhancing capabilities for self portraits. It is just 6.18 mm thick and weighs just 120 grams.

The Huawei Ascend P6 comes in black, white and pink with matching color cases. It is priced at 449 Euros (~US$600). The Ascend P6 would go on sale in China from June and in Western Europe from July through select carriers and retailers. It would ship to over 19 countries by July.