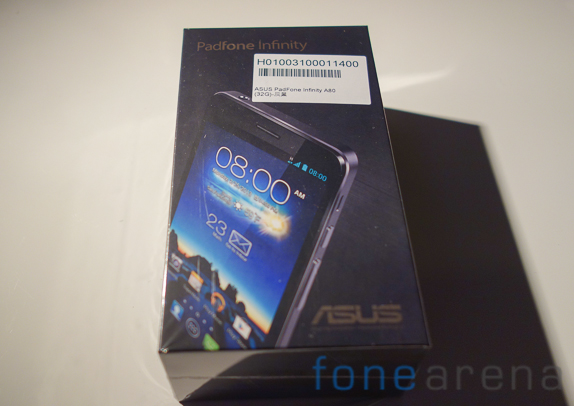 Asus announced the PadFone infinity which is the 3rd generation PadFone at MWC 2013 earlier this year in Barcelona. Now the handset has gone on sale in some markets such as Asus’s home market Taiwan. As you might be aware I am right now in Taipei for Computex 2013 and managed to get my hands on the Padfone Infinity which is currently on sale here for around 20990 Taiwanese dollars or Rs.40000 approx. Check out the unboxing video below featuring the HTC One and PadFone 2 as well. We managed to only get the phone part of the Padfone , the tablet part or the Padfone Station was not available. 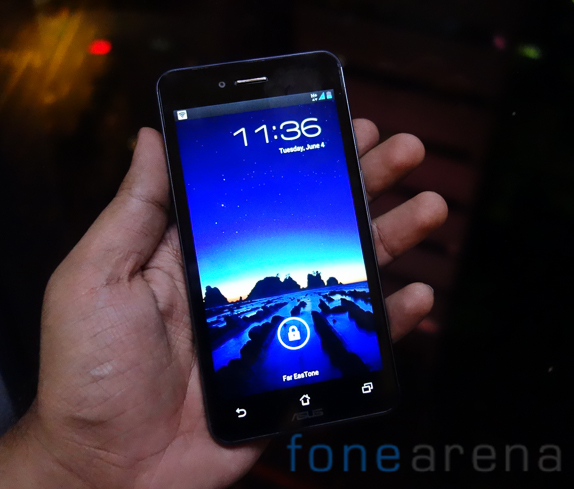 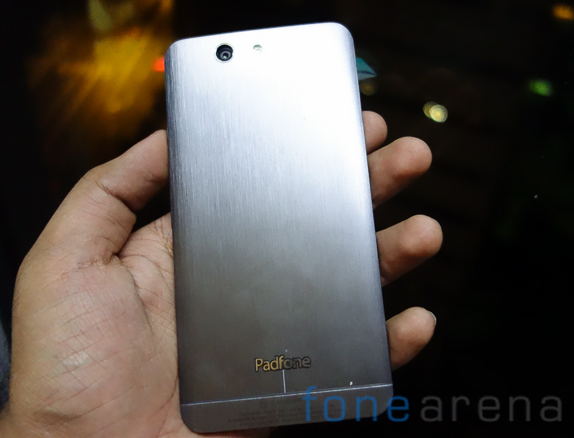 Here are the box contents 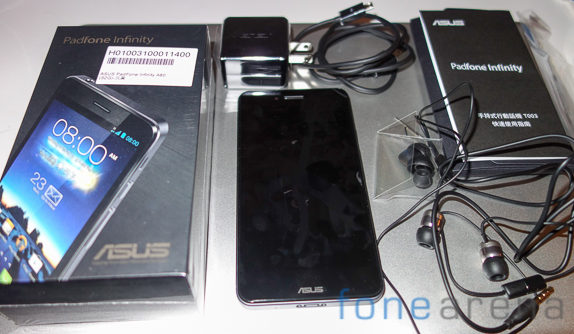 The phone runs on Android 4.1.2 with a custom skin like all recent Asus devices . Asus has the best track record amongst all Android device makers in terms of providing timely updates. In fact while we were playing with this retail unit fresh out of the box and connected it to WiFi , we saw a new firmware update for the device.

Here are some photos from the unboxing

The PadFone Infinity feels like a piece of art in the hands and is one of the best looking Android phones in the market right now. It is similar to the HTC One in terms of the build materials used and guess what both these companies HTC and Asus are based in Taiwan. Sadly , the Padfone 3 or Infinity it is available only in limited markets as of now. Asus India might be working on bringing the phone soon to India but considering they have still not launched the PadFone 2 in India , I have my doubts there. If you are looking forward to buying this PadFone, let us know in the comments below.