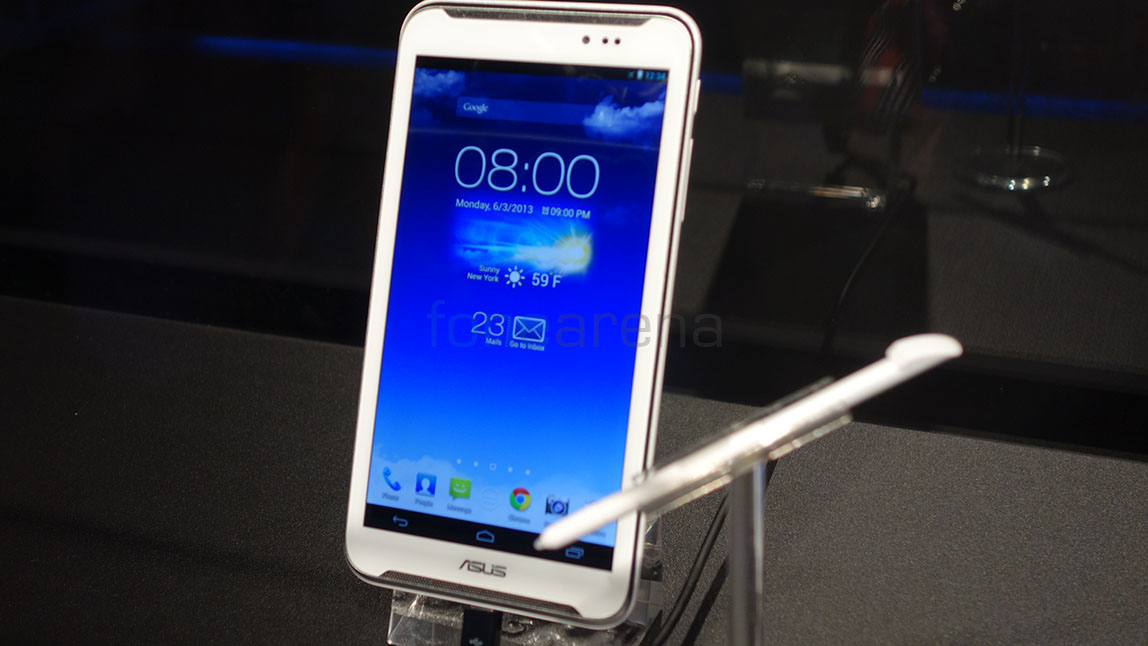 ASUS just announced the Fonepad Note FHD6 at a pre-Computex keynote in Taiwan today. The large device comes with a 6 inch full HD 1080p screen, and with a stylus in tow, this seems to be squarely aimed at the upcoming Samsung Galaxy Note 3, which might sport similar specifications and placement. Running on Android 4.2.2 Jellybean, it is powered by an Intel Z2560 chipset with a dual core 1.6 GHz processor and the PowerVR SGX 544MP2 GPU. Having witnessed the announcement at the event, we went to the demo area to take some photos of the device. While we were not allowed to go hands on with it, we were still able to take some handsome shots of the device, find them past the break. 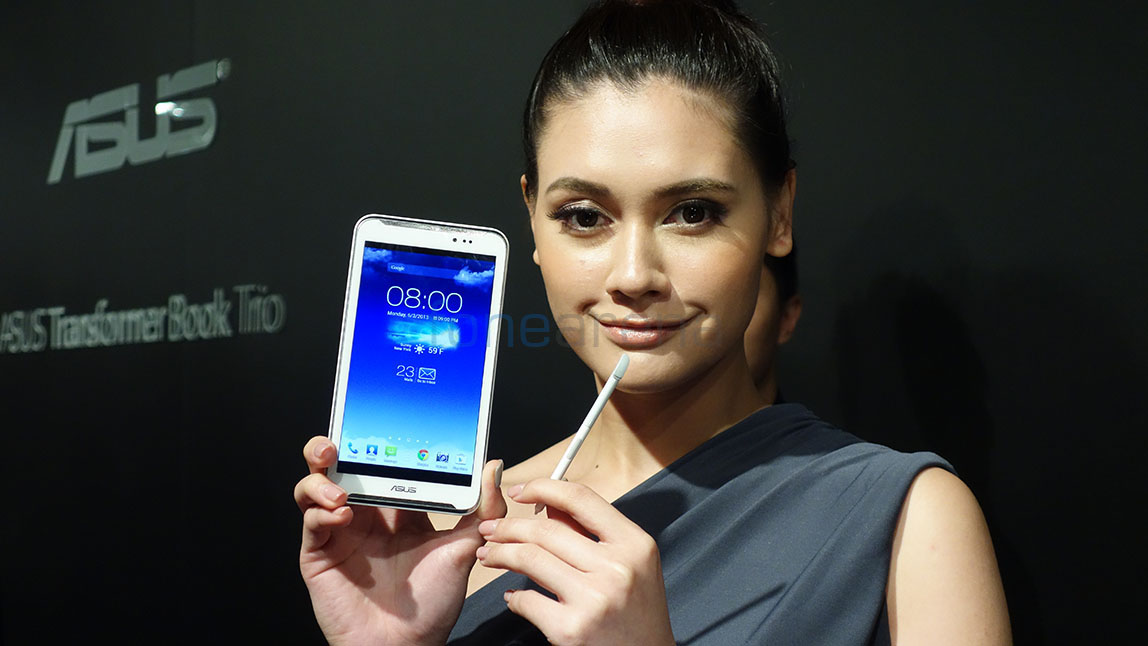 As we said earlier, the device comes with an in-built stylus just like the Note. There should be special tailored applications for the stylus, we presume. The front of the phone is dominated by a massive 6 inch screen which seems to be accompanied by a not-so-thin bezel and front facing stereo speakers. It certainly looks fatter than say, a Galaxy Mega 6.3. 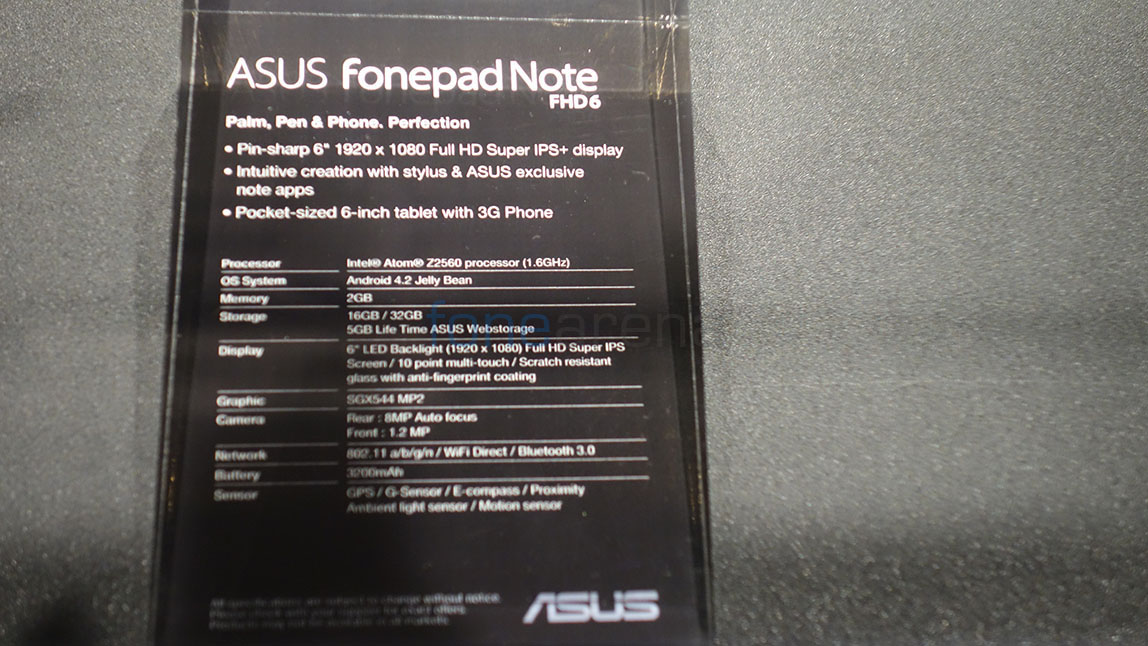 It comes in two variants of internal memory, with 16/32GB options. The FullHD screen seems to be of the Super IPS variety with a anti-fingerprint coating. A 3200 mAH battery seems like a good companion for that massive screen. 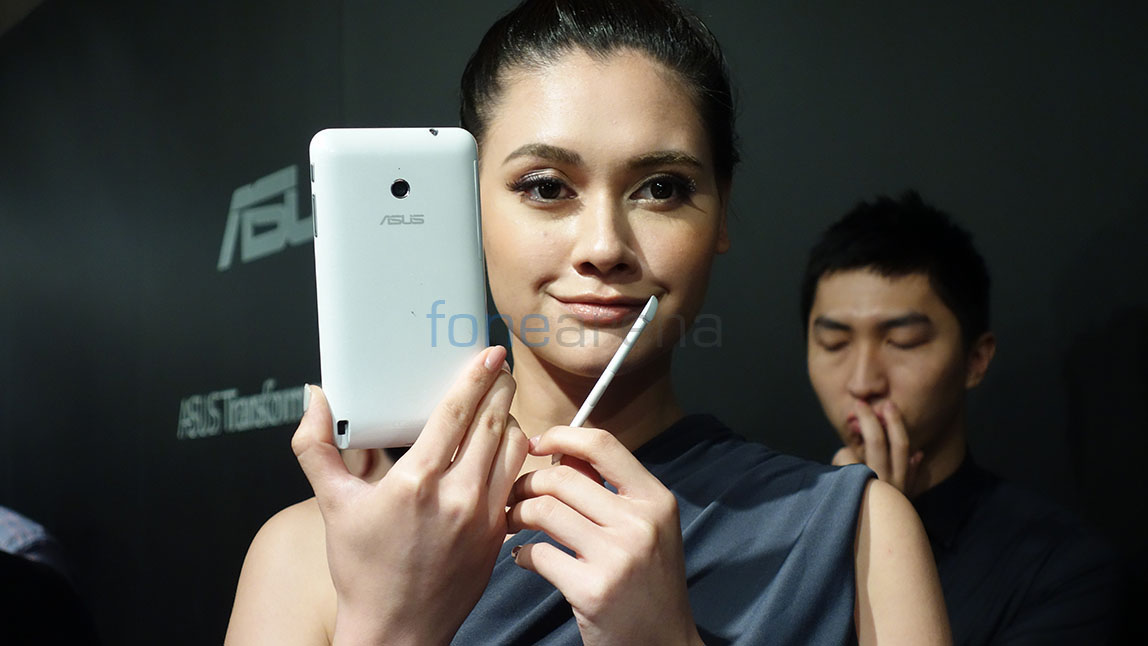 Over at the back there is a 8 megapixel camera, which might be just another standard addition to phones/tablets like these. It is curious to note that the LED flash is missing. You can also notice the stylus docking area on the back. 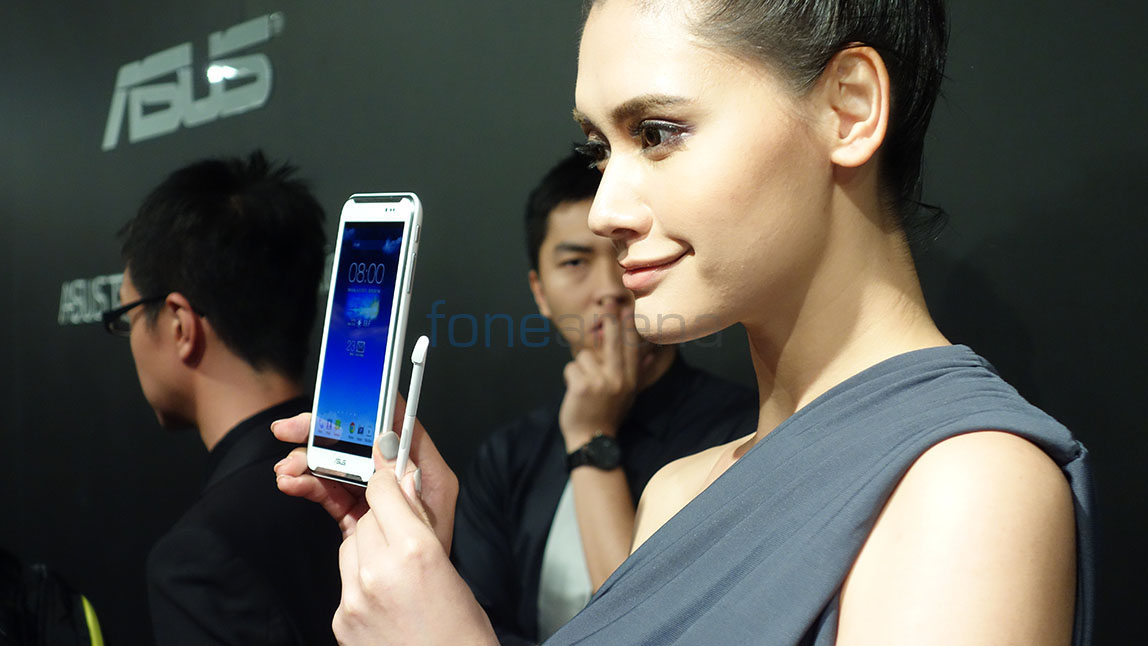 The Fonepad note’s display has decent viewing angles, as noted from the above picture and pretty thick, as the stylus needs to be accommodated into the device.

That’s all we have for now. But worry not, we are still roaming around the show floor in Taiwan, and we will be bringing in more pictures of the device soon, stay tuned!

Bharadwaj Chandramouli contributed to this report