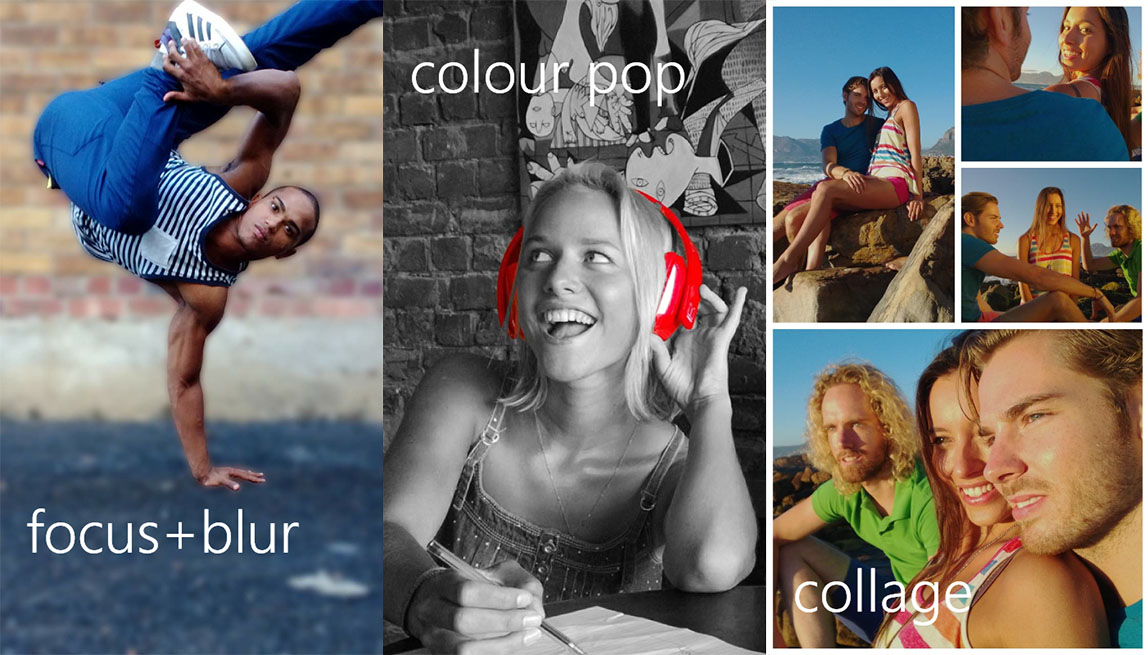 Along with all the Lumia 925 stuff that happened yesterday, Nokia revealed some interesting software additions and updates in the announcement. While the highlight was on the Nokia Smart Camera lens, the picture editing app exclusive for Lumia devices, also called as the Nokia Creative Studio received a rather huge update yesterday. The new update comes with the version number 5.0.7.6, and is available for download here. The update is available for all Windows Phone 8 devices and introduces various new features. Naturally, we went hands on with it and found it to be quite nice actually, take a look –

As you can see in the above video as well as the first image, the Creative Studio app has been updated with three new features including focus + blur, colour pop and collage. Focus + blur doesn’t need much explanation, like in the video, you can choose the sharp object and its outline to blur the surroundings. Works really well. The colour pop options lets you choose which colours you would want in a photo and display that alone. Collage, a much requested feature I believe has been finally added to the suite of photo editing tools. Along with all these, the tilt shift options have finally gained a manual edit with resizable blur areas and there is a new filter menu that scrolls in a pre-applied list.

With all these new features, Nokia has a nice pre-installed feature rich photo editing app for Windows Phone 8. We just hope there are more third party cross platform apps like these.