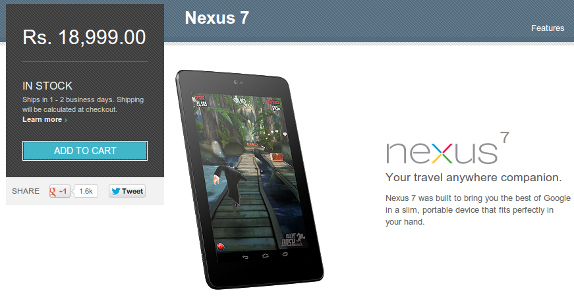 Google Nexus 7 16GB version went on sale in India from the Google Play Store last month at a price tag of Rs. 15,999. Asus launched the 32GB WiFi and 32GB 3G versions of the tablet in India earlier this month along with the 32GB 3G version priced at Rs. 21,999. Google has started selling 32GB WiFi version of the tablet from the official Google Play Store in India. Google unveiled the Nexus 7 last June, and the 3G version with 32GB storage was announced at the Google I/O in October last year.