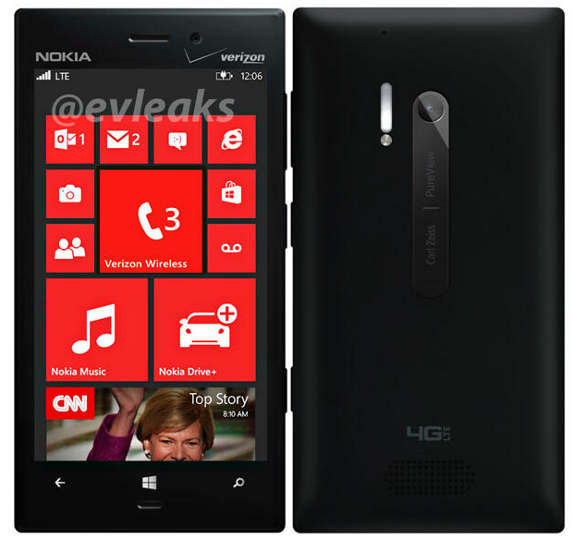 First press image of the Nokia Lumia 928 for Verizon USA has surfaced online. The Nokia Lumia 928, a Lumia 920 variant have been rumored for few months under the codename Laser, and the image from evleaks confirms its existence. As you can see in the leaked image, it has a Xenon Flash, which is first for a Lumia device. It also has an LED flash on the back similar to the Nokia 808 PureView.

The Nokia Lumia 928 would have a PureView Camera with Carl Zeiss optics and Optical Image Stabilization (OIS) similar to the Lumia 920. Other features are expected to be similar to the Lumia 920 4.5-inch PureMotion HD+ display, 1.5 GHz dual-core Qualcomm Snapdragon S4 processor, 8 megapixel rear-facing camera with 1080p HD video recording, 1.2 MP 720p HD front-facing camera and support for wireless charging. It would obviously run on the latest Windows Phone 8 OS.

The Nokia Lumia 928 is expected to release exclusively for Verizon in the U.S. later this month.