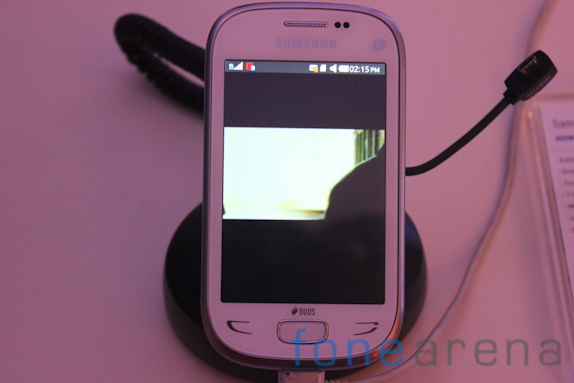 Samsung launched the REX series of Smart feature phones in India today. We got some hands-on time with the REX 90 at the launch event.The REX 90 is priced at Rs. 6490 and it is the feature rich phone in this series. The Java-based phone that has a Touchwiz interface with 7 customizable home screens. 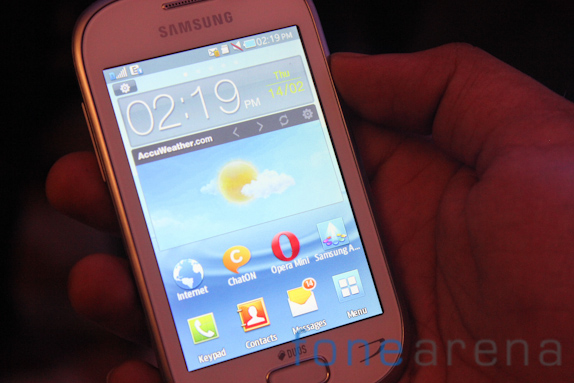 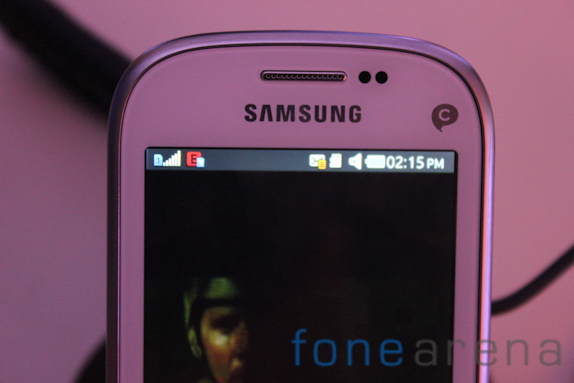 There are proximity and ambient light sensors at the top. 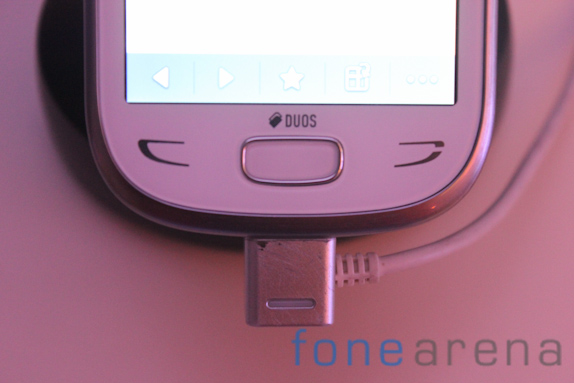 There is a large home button below the display, call attend and disconnect touch buttons on either sides. 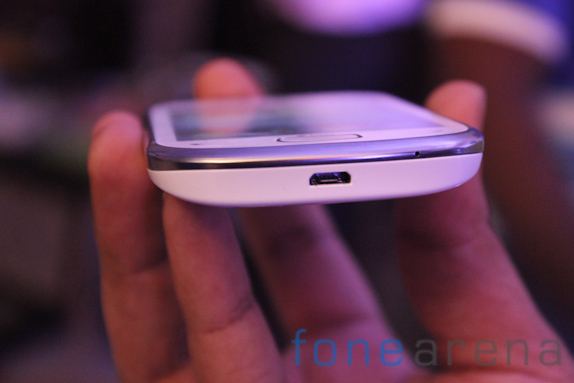 There is a micro USB slot at the bottom. 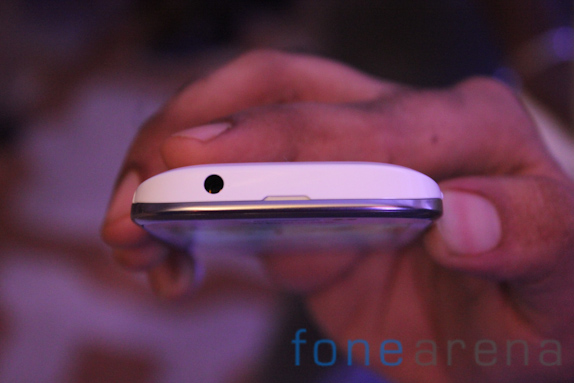 At the top there is a 3.5mm audio jack. The phone also has FM Radio with RDS. 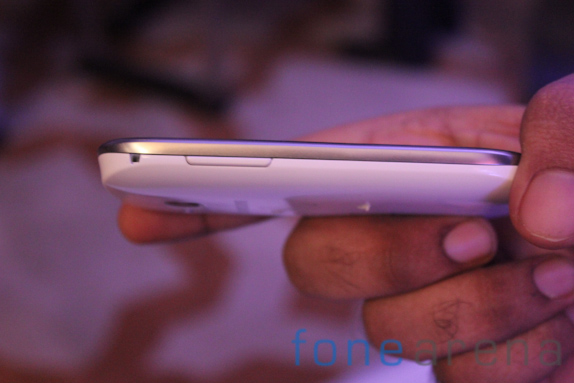 The volume rocker is on the left. 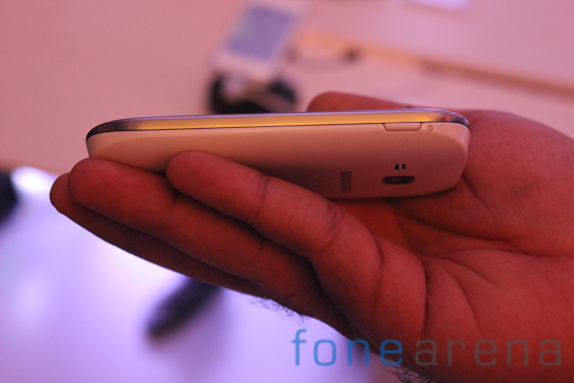 The power button is on the right. 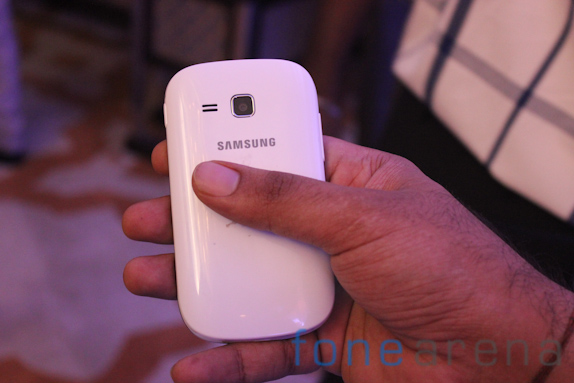 At the back there is a 3.2 megapixel camera. There is a speaker grill next to it. 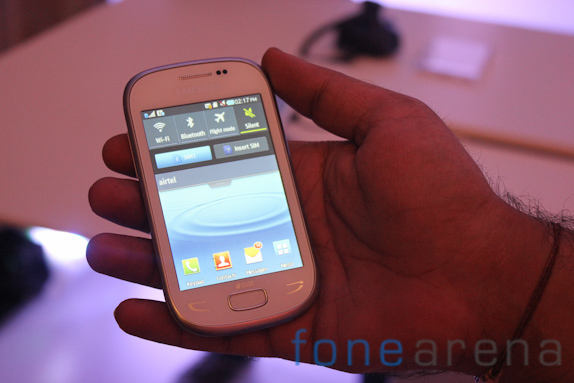 The phone has 2G (EDGE) support and comes with Bluetooth and WiFi 802.11 b/g/n. There are toggles for Wi-Fi, Bluetooth Flight mode and Sound in the drop-down bar. The Smart Dual SIM feature lets you receive calls from one SIM even when the other SIM is in use and the phone also features True Hot Swap feature that would let you swap SIM cards without switching the device off. It has a expandable memory card slot that would let you expand the memory up to 32GB .

It packs a 1000 mAh battery that would offer up to 15 hours of talk time. It comes with 10 Gameloft games bundled with the phone, and comes pre-loaded with Opera Mini browser, ChatON cross-platform messaging app, Facebook and Twitter apps. You can download more apps from the Samsung Apps store.