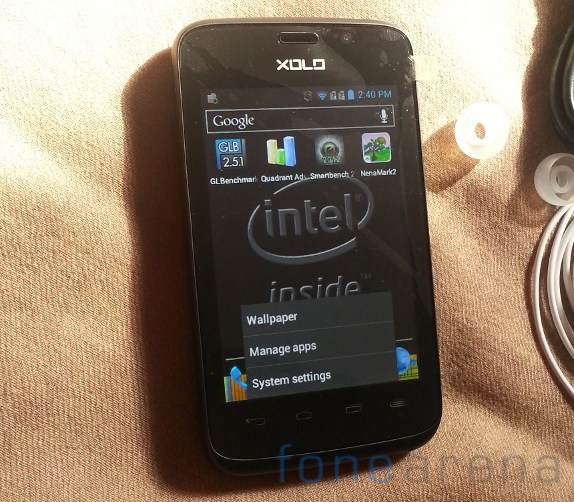 Xolo X500 was launched in India last week. Here we have the benchmarks of the device. The Xolo X500 is powered by a 1.2 GHz Intel Atom Lexington Z2420 single-core processor with Power VR SGX540 GPU. The Xolo X900 that was launched in India last year is powered by a 1.6 GHz Intel Atom Z2460 Medfield processor, but the new CPU is aimed at low-cost Android smartphones. Even the new chip has Intel’s hyper threading technology that offers better mutitasking capabilities. Let us see how it stacks up with the other Android smartphones. 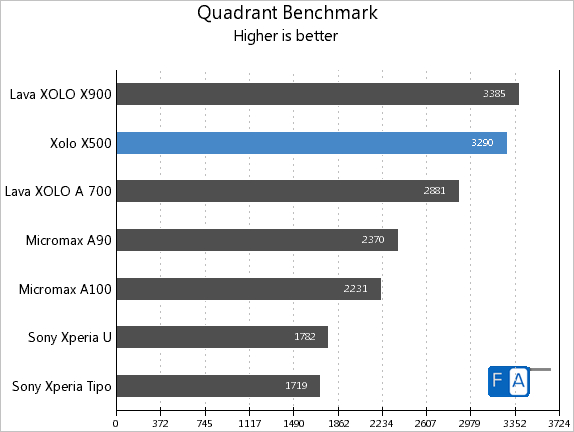 The Xolo X500 is just behind the Medfield-powered X900 in the Quadrant benchmark. 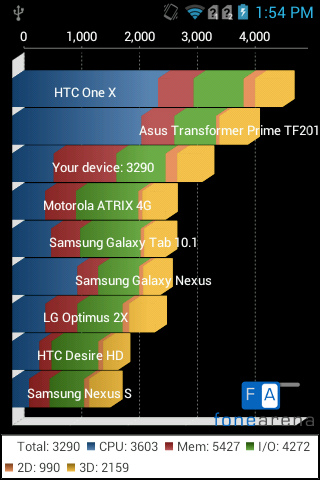 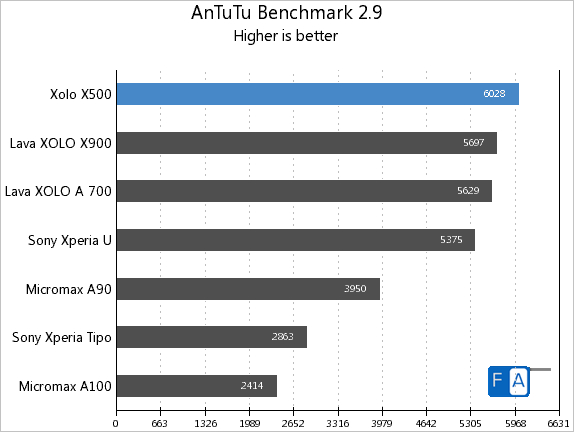 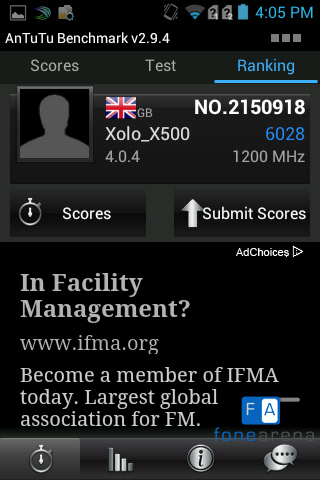 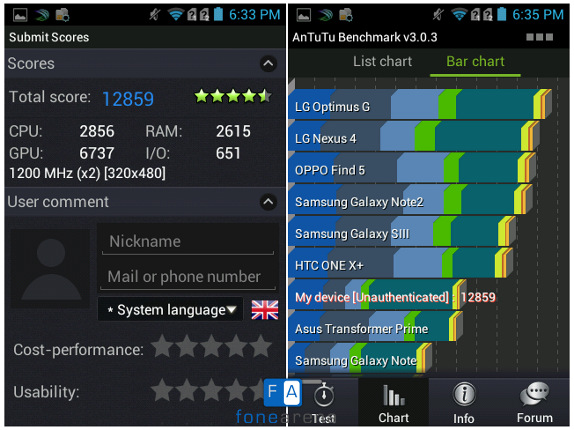 It scores impressive 12859 points in the AnTuTu 3.0 Benchmark. 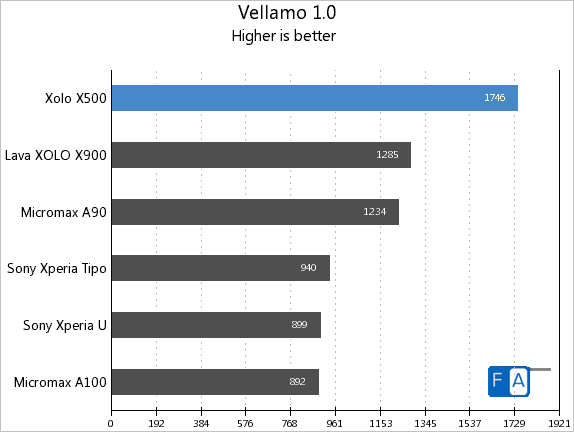 The Xolo X500 tops in the Vellamo 1.0 browser benchmark too. Since the X900 was taken while it was running Android 2.3, the scores were lower than the X500. 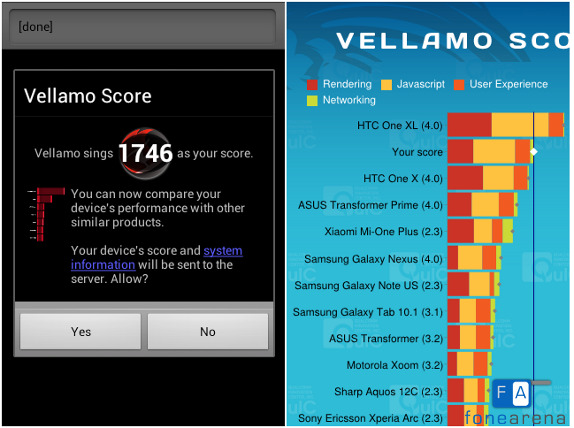 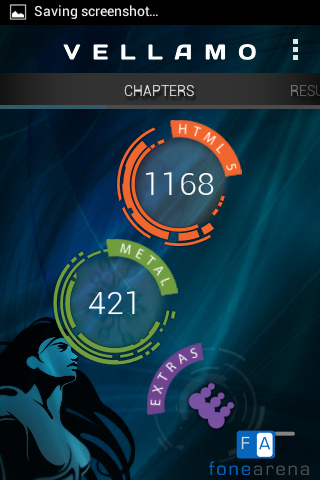 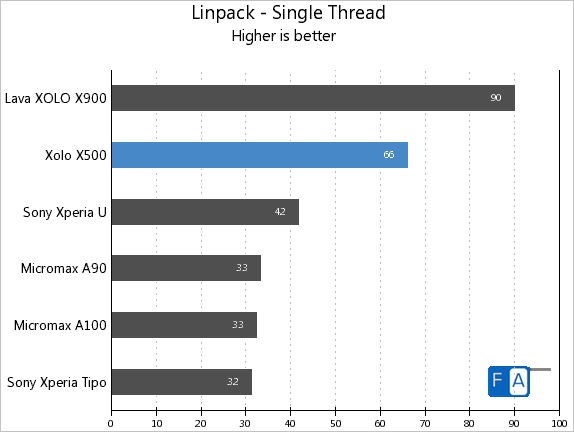 The Xolo X500 is just behind the X900 in the Linpack single thread benchmark. 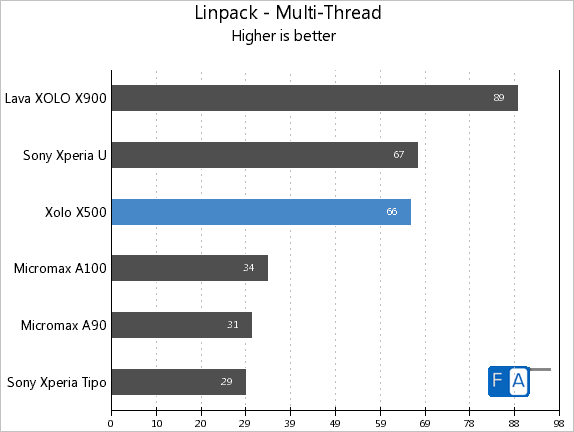 The score of the X500 is almost similar to the Xperia U in the Linpack Multi-thread benchmark. 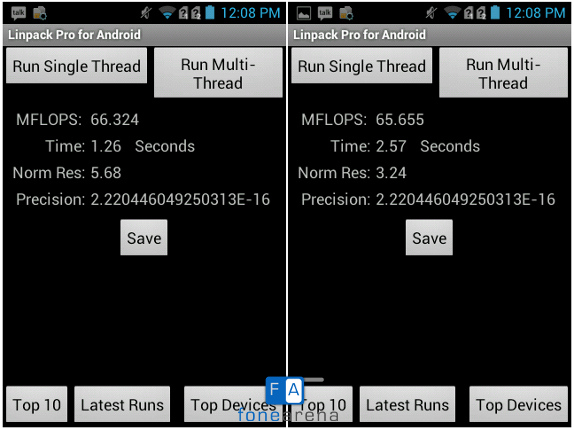 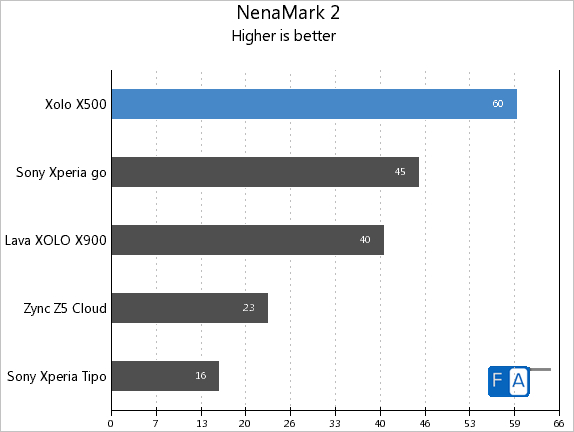 Even though the CPU uses the same Power VR SGX540 GPU as the Xolo X900, due to the lower screen resolution it achieves 60 fps on NenaMark. 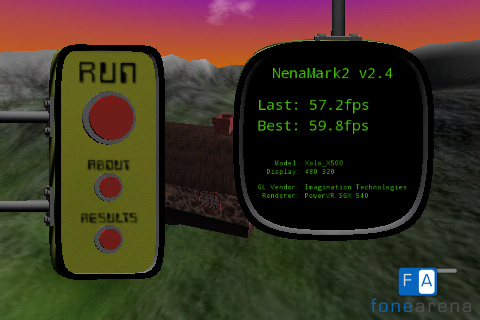 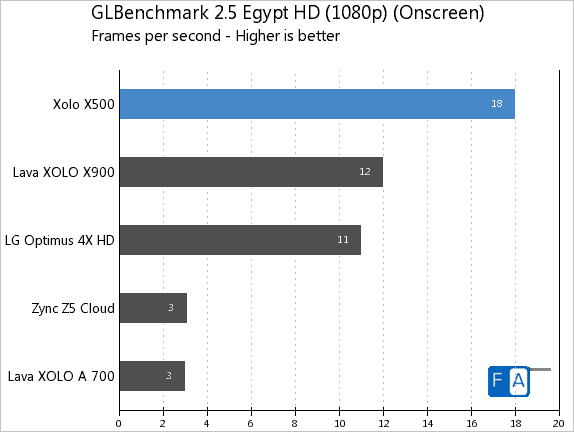 Again the X500 tops with 18 fps in the GPU benchmark due to the lower screen resolution. 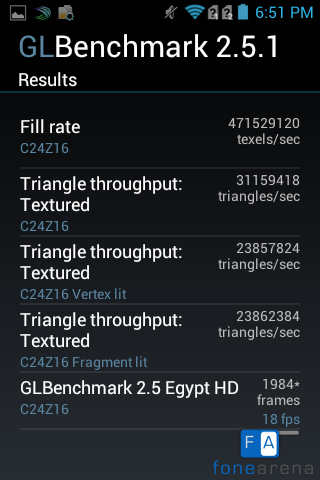 Check out our Xolo X500 Hands-on image Gallery, while we work on bringing you the X500 unboxing.