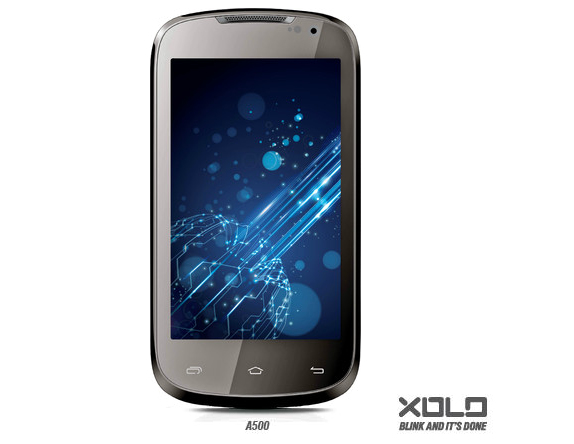 Lava has launched the Xolo A500, new Android smartphone in the A series. The company launched the A800 and A700 few months back powered by dual-core MediaTek processor, but this has a 1GHz dual-core Qualcomm Snapdragon processor. It comes with a 4-inch (480 × 800 pixels) display and runs on Android 4.0 (Ice Cream Sandwich). It has a 5MP rear camera with LED Flash and a 0.3MP front-facing camera for video calling.  It has Dual SIM support similar to other Xolo A series smartphones.