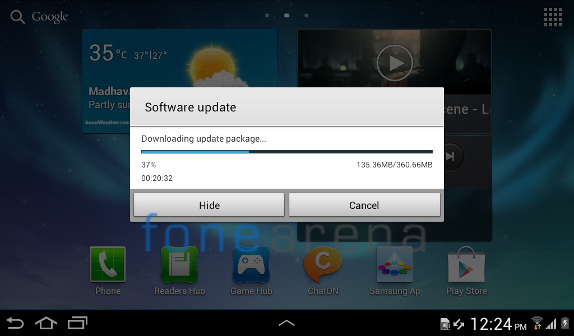 Samsung has started rolling out Android 4.1.1 (Jelly Bean) update for the Galaxy Tab 2 310 (Tab 2 7.0) in India. Samsung announced the tab in February and it was unveiled in Asia in March. It was launched in India in May, and we reviewed it in July. Samsung announced the Jelly Bean update for range of devices including the Tab 2 310 back in September. 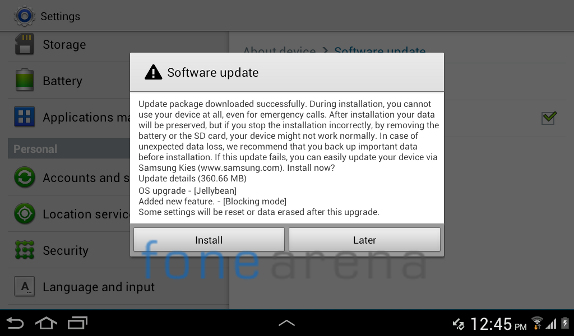 The Android 4.1 update for the Tab 2 310 brings better performance, Google Now service, better notifications and new Samsung-specific features including Pop-up Play, Pause function in the video camera and a blocking mode that would let  users to block incoming calls, notifications, alarms and LED indicators for a designated period of time.

Here is a video that shows new features in the Android 4.1 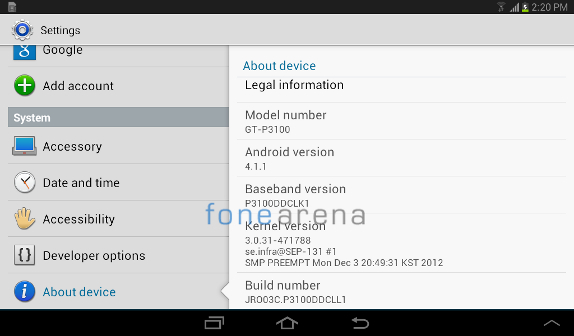 The OTA (Over the Air) update is about 360 MB and is also available via Samsung Kies. You can check for the update manually from the Settings, About device, Software update, Update.