As part of an update to Android Jellybean, Samsung is pushing a “Premium Suite” of features for users of the Samsung Galaxy S3. The features have already been seen on the Galaxy Note II and are quite nifty. 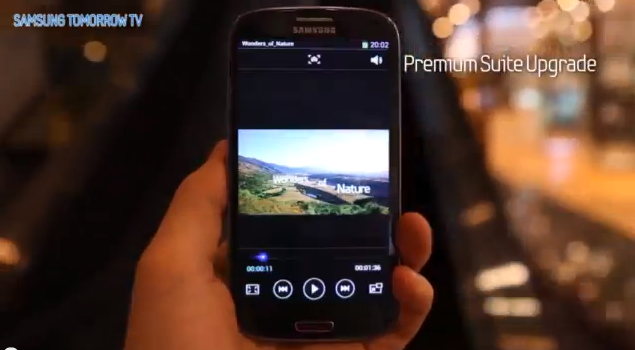 Multi-window is Samsung’s attempt to bring desktop like interaction to your smartphone and allows you to interact with multiple applications simultaneously. Users can also customize the notification panel on the Galaxy S3. Samsung’s video shows off the new multitasking system and contextual awareness techniques which adjust the phone according to your actions. The update also includes some new NFC and reader features. Check  out the video below.