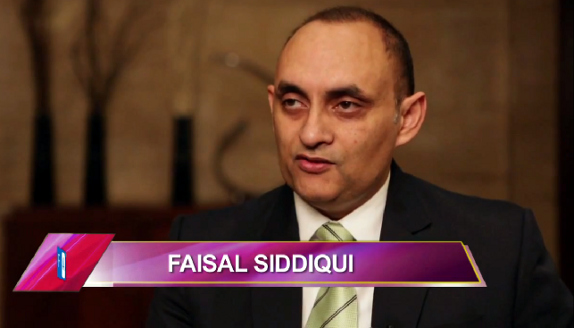 At IQ India 2012, we got a chance to speak with Faisal Siddiqui, Country Head of HTC India. We asked him about their budget phones, strategy in 2013, upcoming Windows Phone 8 devices and their new LTE smartphone Ascend P1 LTE.

HTC’s association with Qualcomm in 2013?
So as you said HTC Qualcomm relationship is long partnership, and, we have launched many good phones, starting Explorer last December, and very recently HTC One S. So we continue to build on that partnership looking for a strong roadmap until 2013.

HTC’s strategy in 2013?
Well, we have very exiting launches coming up at 2013. Unfortunately I can’t share with you the roadmap, but basically you are looking at different platforms. We are launching Windows Phones very soon and we continue to build our portfolio on Android, so you will continue to see launches like HTC One X, which was a very successful launch for us, and on the lower-end HTC Explorer which was actually targeted for mass market.

About IQ India 2012?
I think these events are very important, an IQ event happens once a year, and it’s a great event to really build awareness of the telecom industry as a whole. So we have seen keynote speakers from the leading operators sharing their views on the 3G roadmap, the 4G roadmap, the telecom roadmap as a whole. You’ll see the OEMs sharing their views on how the consumer adoption and behavior looks like and how the smartphone and the feature phone market grows. So these event bring all these view on the table and it is very informing and educative for the industry professionals as well as for the consumers. So I think these events are very relevant for this market, and we should see more of these events.

Tablets from HTC in future?
Right. We launched a tablet called Flyer. The HTC Flyer, and it was a very innovative tablet because this was the first tablet that actually came with a stylus. So we enjoyed success with that tablet. It was well appreciated. I think if we do bring out a tablet, we have to ensure that it provides the best experience and it has to stand out from the crowd of the tablet that are out there. So if we do with the tablet, if we go down that path, then we need to make sure that we give the best experience, and that it is the most innovative tablet.

On HTC and LTE?
We have LTE portfolio that we launched across different parts of the world. We haven’t brought an LTE phone in India. I think the LTE network is very nascent, very early, and, if the network gets build out and the operators invest in building the network, then you might see LTE phone from us,

My current mobile phone?
Well, My current phone, I will show you what I have. I have HTC One X. And, I would say this is like mother of all phones.

What would you want to chance in your phone?
I wouldn’t change anything. I have dropped this phone couple of time, you might see, a nick and a dent here because I dropped it on the road. And, there is not, nothing in this phone. It still works perfectly. Everything is intact. So I would not change anything in the phone.