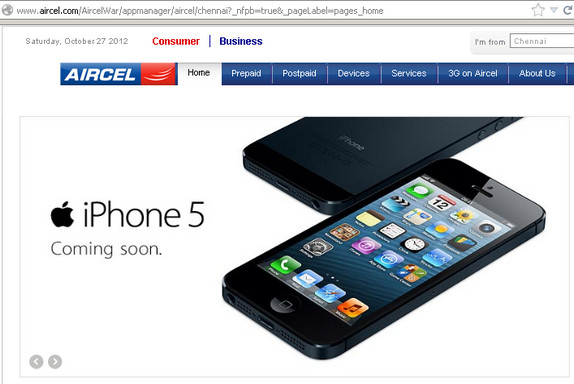 Just to let you know , the iPhone 5 uses a new type of SIM card called the nanoSIM card which is smaller than the microSIM card used in many phones these days.Operators will start offering nano SIM cards for the iPhone 5 across the country but you can also make one yourself easily.

Now expect other operators to follow suit. And get ready to hear some crazy tariff plans for the iPhone 5.