Google is widely expected to launch a second larger tablet at its upcoming Android centric event to provide a higher end offering alongside its current Nexus 7. The Nexus 10 was today leaked by BriefMobile and as expected, runs Android 4.2 on Samsung manufactured hardware. The screen is a 10.1″ unit with a resolution of 2500×1600. This results in a ppi of 298.9 which is most definitely higher than that on the iPad’s retina display. 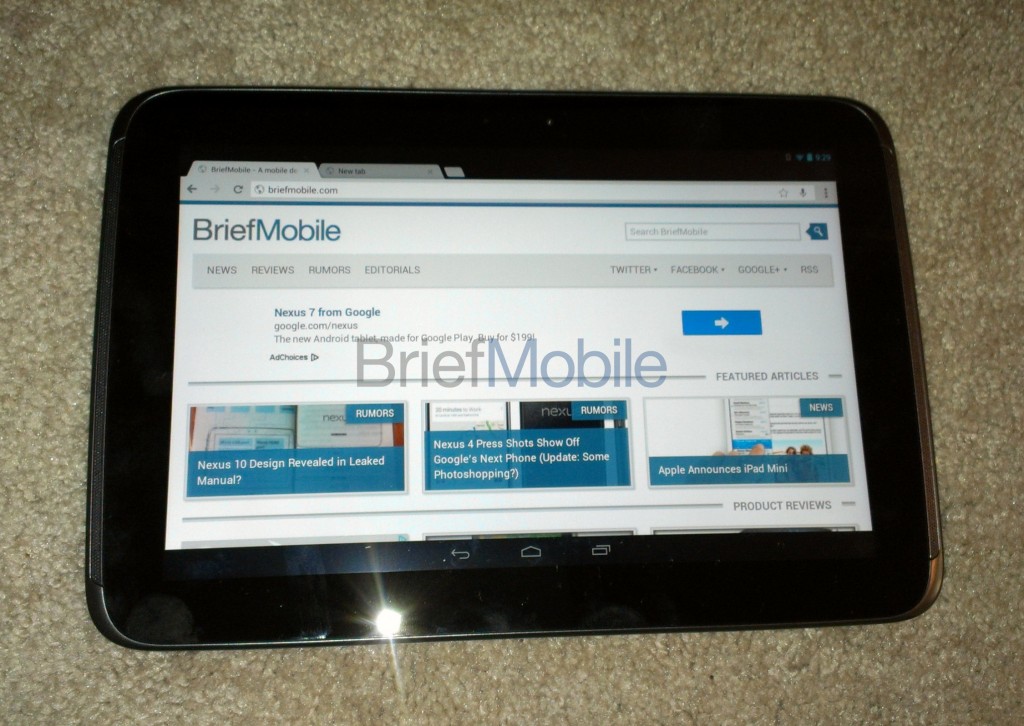 Powering the tablet is a Samsung Exynos 5250 chip clocked at 1.7Ghz. The chip handily beats the Qualcomm S4 Pro and Apple’s A6 chip in benchmarks. With a Dual-core Cortex A15 CPU and a Mali T604 GPU, this is the same chip powering Google’s latest Chromebook. Coupled with 2GB of RAM, the hardware is more than capable of powering the OS, Android 4.2 which brings nifty additions like multiple user support. 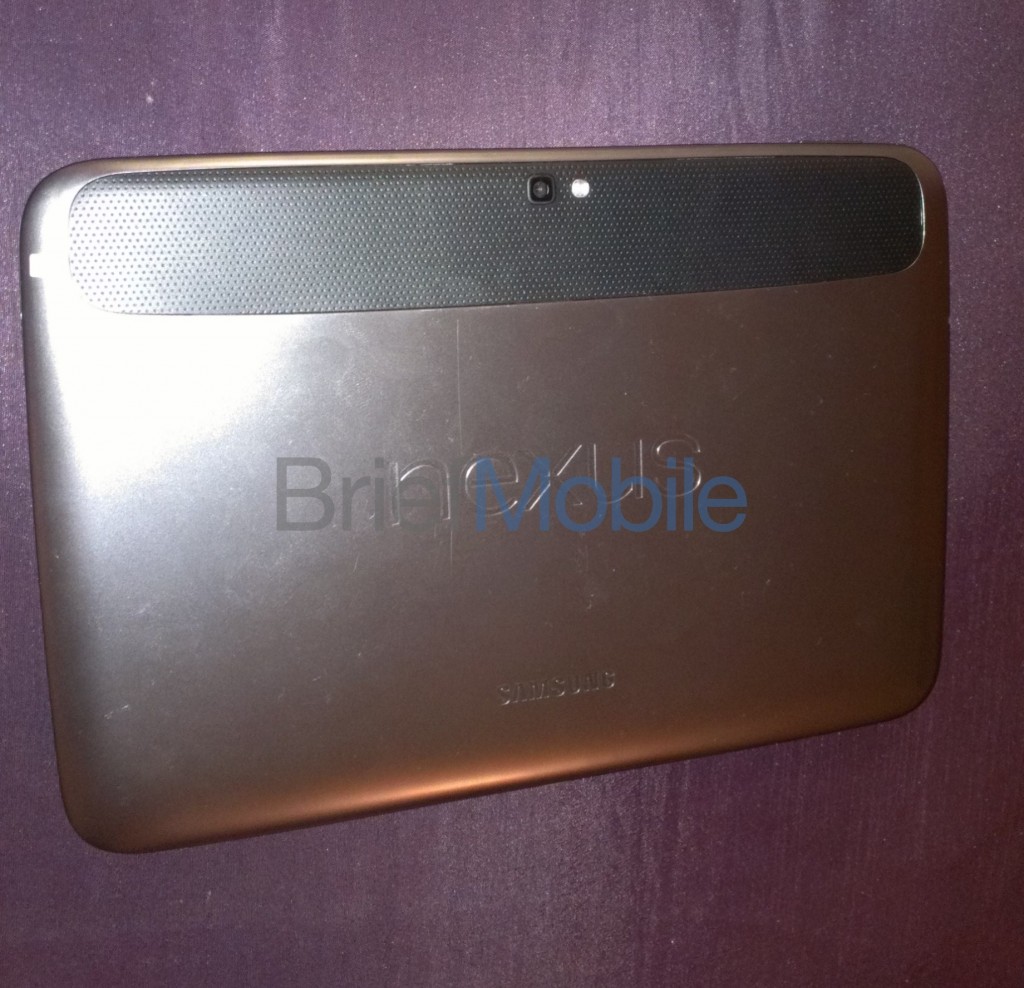 The tablet includes 16GB of storage with no microSD card slot. Connectivity options include NFC, WiFi and Bluetooth 4.0. A 5 megapixel camera can be found at the back alongside an LED flash, a front facing camera is included for video conferencing. Lending further credence to its multimedia centric approach is the presence of a dual front facing speaker set up on the tablet.We expect this tablet to be one of the many announcements lined up for Google’s 29th October event.
[Via – Brief Mobile]