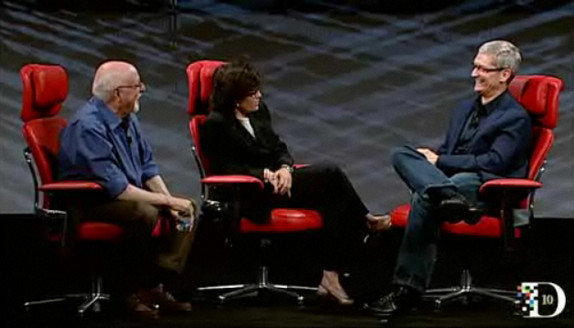 AppleCEO Tim Cook made his first major appearance at a non-Apple event last nite at AllThings D10 Conference and spoke about a variety of topics when interviewed by Kara Swisher and Walt Mossberg from the Wall Street Journal. Watch the highlights of Tim Cook’s session below where he calls patent wars a pain in the ass and that its a incredible time at Apple with a couple of ‘decent’ quarters.He also says that the Patent system is broken.He also talks about how consumers are loving Siri on the iPhone 4S

Watch more videos in the link below