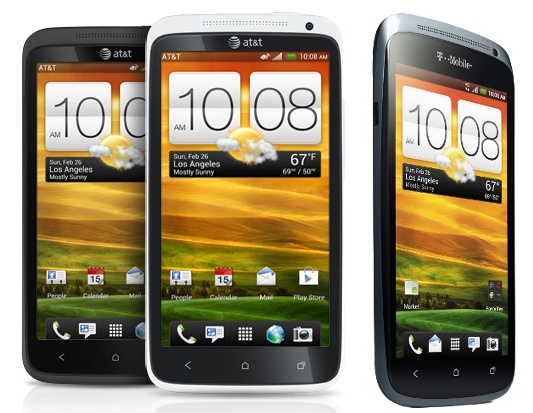 Both the HTC One X and the One S has received the release date and price in the U.S, that were announced earlier this February for AT&T and T-Mobile. The HTC One X has 4.7 inch Super LCD touchscreen display, 8MP with Full HD (1080p) video recording, LED Flash and 1.3 megapixel front-facing camera and 4G LTE support. The HTC One S has 4.3 inch Super AMOLED display, 8MP auto focus camera with flash and VGA front-facing camera and 4G (HSPA+ 42) support. These are powered by 1.5 GHz Snapdragon S4 dual-core processor and run on Android 4.0 (Ice Cream Sandwich) with HTC Sense 4 UI.

The HTC One X is AT&T’s first smartphone with built-in Beats By Dr. Dre Audio and one of the first phones in the U.S. to feature HTC Sense 4. It has NFC (Near Field Communication), 1 GB RAM, 32 GB internal memory and 1800 mAh battery.

The HTC One S will be available on April 25 at T-Mobile retail stores, select dealers, national retailers and online for $199.99 after a $50 mail-in-rebate card with qualifying 2-year agreement.