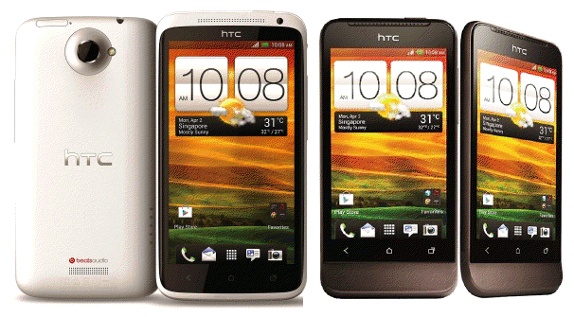 HTC has officially launched the One X and One V in the HTC One Series that was announced at MWC in February. They have partnered with Bharti Airtel for limited period offers such as free download of 100 full songs, 500 MB data for 3 months and 200 minutes of Mobile TV for customers purchasing the phone till June 30, 2012. These phone went on pre-order online at the end of March and went on sale last week.

Both the phones run on Android 4.0 (Ice Cream Sandwich) Operating System with HTC Sense 4 UI and has Beats audio integration. Both has 3G, Wi-Fi 802.11 a/b/g/n, Bluetooth v4.0 and aGPS.

The HTC One X comes in Polar White and Glamour Grey colors and the HTC One V comes in Jupiter Rock color.