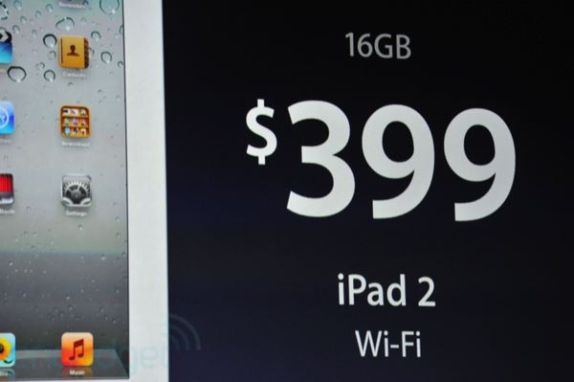 Apple has announced the new iPad today with a bunch of new features and surprisingly , the old iPad or the iPad 2 is not going away from the shelves. Apple has announced that the 16GB Wi-Fi version of the iPad 2 will get a $100 price cut starting today and will start selling at $399 instead of the usual $499. The new iPad will start at $499 for the 16GB Wi-Fi version. If you wanted to get an iPad and are willing to spend only about $400 ,  now is a great time to pick one up. But if you are a techie who lives in the cutting edge of technology , save up that extra $100 and get yourself the new iPad. It should be totally worth it.

Major downside of the iPad 2 is the lower resolution screen compared to the retina display on the new iPad.  Also you will be missing 4G / LTE support amongst other things. If you want  an iPad and are on a strict budget , we just thought of alerting you about the deal. Currently the price drop is applicable in the US only  but we guess the cut will be applied globally.