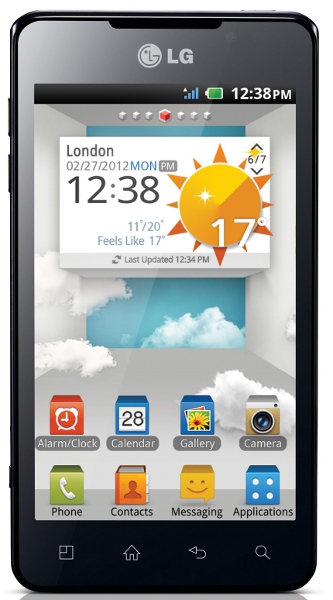 LG has unveiled the Optimus 3D MAX, successor of the LG Optimus 3D that was launched last year. This is the international variant of the Optimus 3D Cube  that was announced for SK Telecom in Korea earlier today. It has 4.3-inch IPS display with Corning Gorilla Glass 2 protection that would offer Glasses-Free 3D viewing and is powered by 1.2GHz dual-core processor. It is just 9.6mm thick and weighs 148g with metallic and rounded edges as the previous rumors suggested. It comes D-style cubicle icons that could also be customized with Icon Customizer app and also has enhanced 3D Converter to convert Google Maps and other road views into 3D. It has NFC support and comes with LG Tag+ offers advanced NFC capabilities. New apps would be available in first maintenance release including, HD Converter that would offer HD quality on a TV via MHL (Mobile High-Definition Link), when transforming Open GL-based 2D games and applications to 3D and viewing Google Earth.

Range Finder would let you calculate the distance between the camera and the subject as well as the dimensions of an object through triangulation, Out-focusing Shot enables you to enhance camera quality through image processing using depth information.

The Optimus 3D Max will first launch in Korea in March and would gradually be rolled out to other markets starting in Europe. It would be showcased at MWC (Mobile World Congress) on February 27th 2012 in Barcelona, ​​Spain.