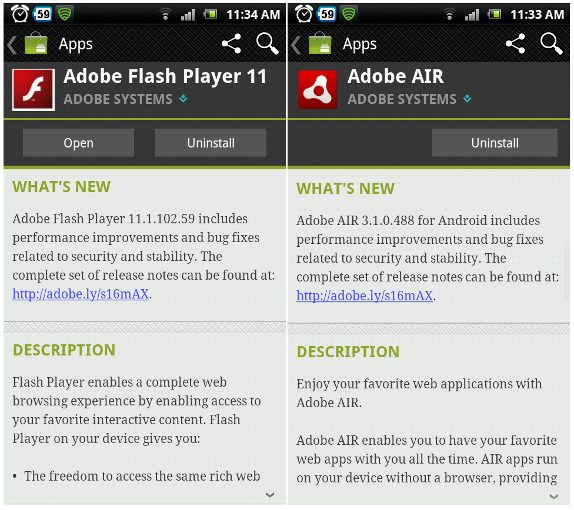 Adobe Flash Player for Android has been updated to version 11.1.102.59 and the Adobe AIR gets updated to version 3.1.0.488 that brings performance improvements and bug fixes related to security and stability. Adobe announced earlier this week that they would stop the Flash Player development for the mobile phones and tablets. This might be the last update for the Android with the improvements and security bug fixes. The earlier versions of the Flash Player and AIR  brought 3D game support, premium video content with protection and more.