One of the main issues of modern smartphones is battery life. The more we move ahead the more it seems that manufacturers are cramming juice draining features in their devices, and disregarding how long these last under normal usage. GPS, bigger screens, accelerometers, cameras, faster processors,…, all of these are aimed to enhance our mobility and yet cripple us a mere couple of hours afterwards as the dreaded “Battery Low” warning starts flashing in front of our eyes. Enter Mugen Batteries. I like to think of them as the modern day geek version of a knight in shining armor, riding on a white horse and whipping their swords to decapitate poor battery life all across the world.

A couple of months ago, I received the Mugen extended OEM-sized battery for the Desire Z for review. At the time, I was about to open my pharmacy, and move from spending most of my time at home, where power sources are abundant and time to charge is not a hindrance, to spending 12 hours a day working, plus more than an hour driving, and generally not really having the time to care about charging my phone except at night. My Desire Z had to be accessible, still running, whenever, wherever, as long as I was up. The Mugen extended battery had better step up to the challenge. 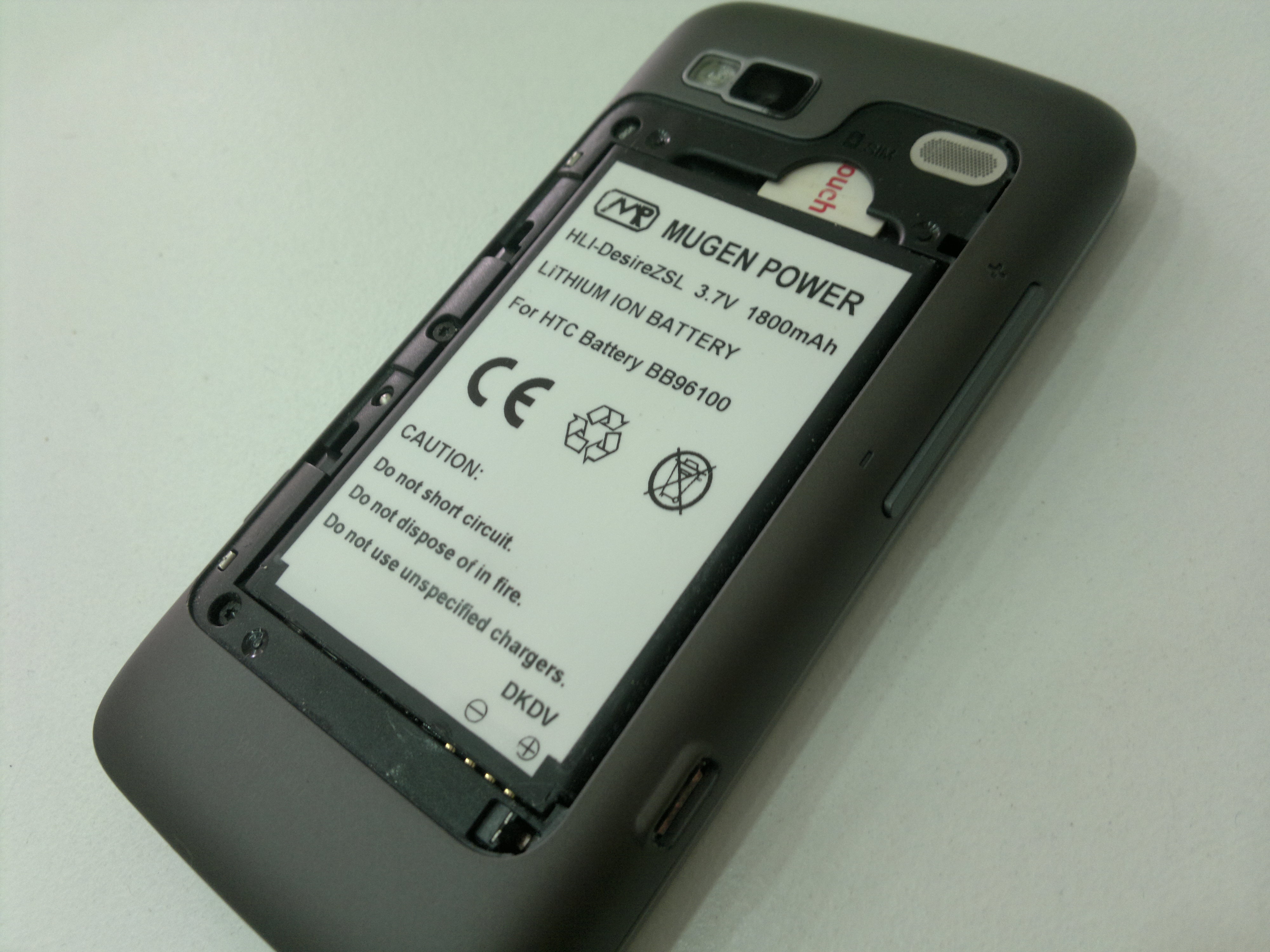 Using the Mugen Battery for the first few weeks

The OEM-sized Mugen Battery is the exact same size and shape as the HTC battery that came with my Desire Z, except that instead of carrying 1300mAh of power, it has 1800mAh. That’s a 38% increase in juice without any physical alteration to the Z’s look. Suffice it to say, it’s pretty impressive.

Installing the battery is as easy as turning your phone off, popping the old battery out, and inserting the new one. Mugen state that you should charge your battery for 8 to 10 hours for the first couple of times, and let it drain so it calibrates better.

The issue with extended batteries

One problem that will arise is the fact that your phone still calculates battery life based on the old 1300mAh battery. This will lead it to tell you that your battery life is dropping fast until about 20% and then show it dropping slowly until it’s empty. Although this is just a visual issue, and you are not losing juice as fast as that, it’s a psychological problem and you will be annoyed as you don’t exactly know how much battery you have left.

A solution to this problem exists for rooted devices where rebooting into Recovery mode, and going to the Advanced options, you have the possibility to Wipe Battery Stats. This helps you start over your battery calculation parameters, and you should do this on a 100% battery, then let it drain out completely, and refill to a 100%. If your phone is not rooted, you’re stuck with either having to format it, or use the new battery long enough (at least longer than the older battery) to have the stats recalibrate a bit to the new pattern.

Some statistics with the Mugen Battery

I don’t have stats readings from my old HTC battery, and even for the sake of this review, I wasn’t willing to reuse it a couple of days to get some screenshots for you. It was THAT dreadful. I remember days when it barely got me from 8am to 2 or 3pm, with the screen set on the lowest brightness, EDGE turned on, no GPS, sporadic WiFi connections, and my regular usage (read: heavy usage). But most days, it lasted about 8 to 9 hours, which isn’t even close to an average day out.

What I do have though, are the statistics of the extended Mugen Battery after about 2 months. I am consistently getting 15 to 16 hours per full charge, which is more than enough to last me through my daily 12-hour pharmacy shift, driving, and even a dinner or a movie with friends. 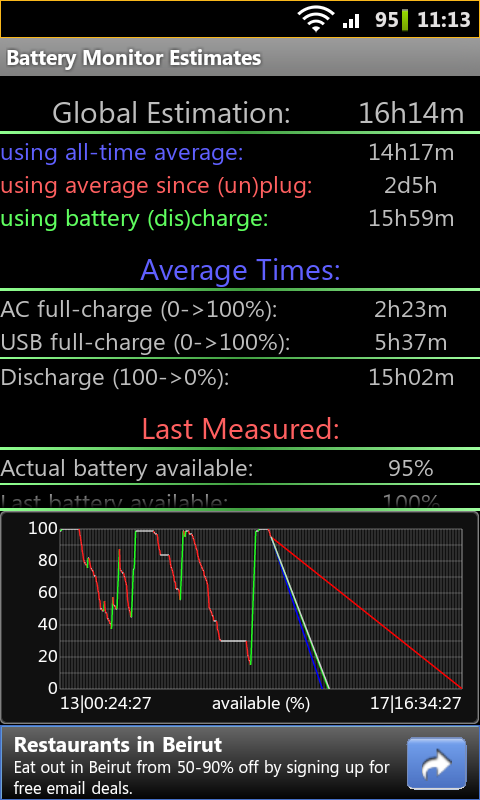 These stats are based on using the Desire Z with:

Needless to say, I really use my phone, but I try as much as I can to limit the unnecessary juice draining, like GPS, bluetooth, and screen brightness.

Dear Mugen, How I love thee!

For 2 months now that I’ve had the Mugen battery, it still surprises the living hell out of me when I get home at 9pm and see that I still have around 30% of battery life, after being up since 6 or 7am and abusing my Desire Z all day. To say that I am impressed is an understatement.

Do I recommend the Mugen Batteries, for the Desire Z or any other phone model for that matter? It surprises me that  you have to ask. At 44.95$, it’s not cheap but it is the best accessory you can get for your phone, since it lets you actually use your phone, instead of paying attention to every single thing you do, in fear of running out of juice. Mugen even goes further by offering a 3600mAh battery (double the one I’m currently praising, imagine THAT!), which is much larger in size and hence comes with an alternate battery cover. This one is for the heaviest of heavy users out there.

If you plan on keeping your phone for more than a couple of months, if your battery dies on you mid-day and you’d much rather have it last at least a full day of abuse, and if Mugen makes an extended battery for your phone model, then there is no reason whatsoever that you shouldn’t try them. They are the knights in shining armors saving you from the most dreaded smartphone issue: Battery Low signals.