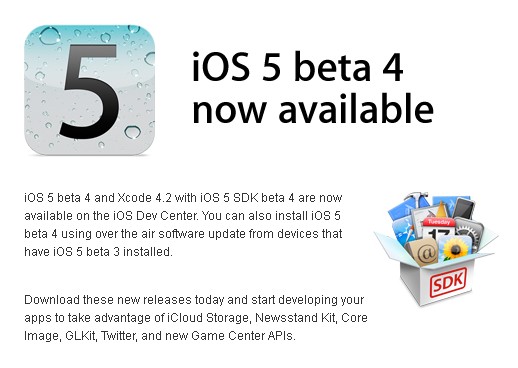 The First OTA update is here for Apple iOS devices. Updating Apple iOS devices were annoying when you are forced to download 600mb+ update file for a single bug fix. When Apple introduced the iOS 5 update along with many new features, they also promised that the iOS devices will receive OTA update starting from iOS5.As you all know iOS5 is still in beta stage and available only for developers. Today Apple pushed iOS5 Beta 4 update to developers. 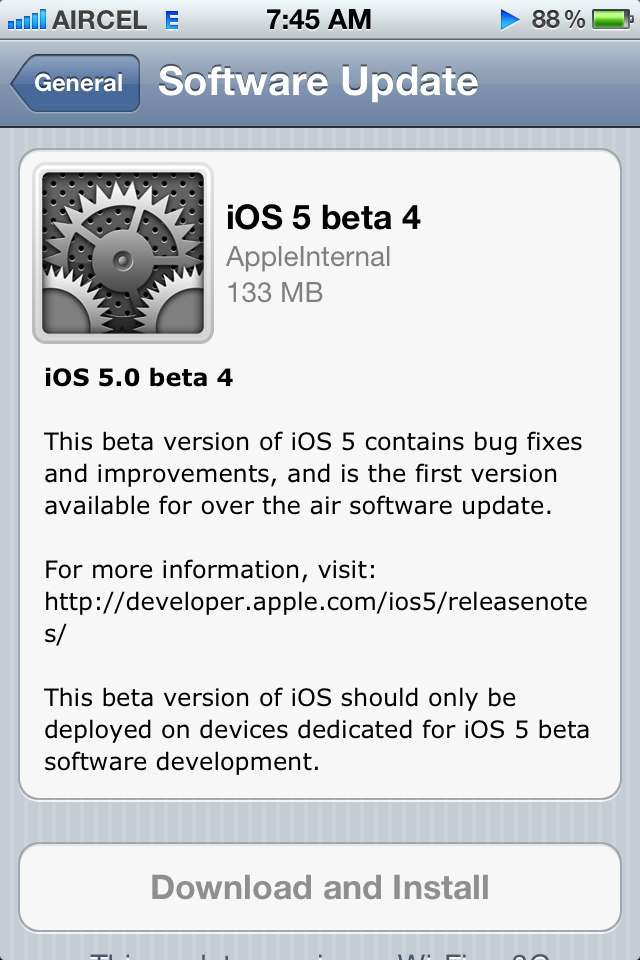 And this is first update to be available Over The Air for developers. This update is can be found under software update menu in settings . 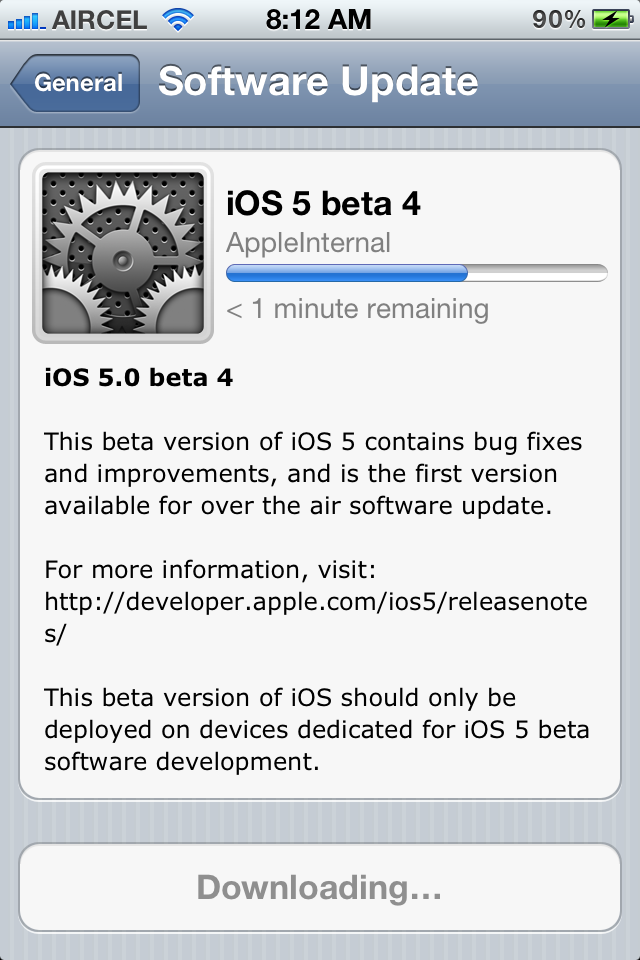 This update weighs 133MB in size and comes with  iCloud Document and Notes support and many performance fixes. This update wont work if your device is jailbroken.

P.S : This release is exclusive to Developers only not for end-users.