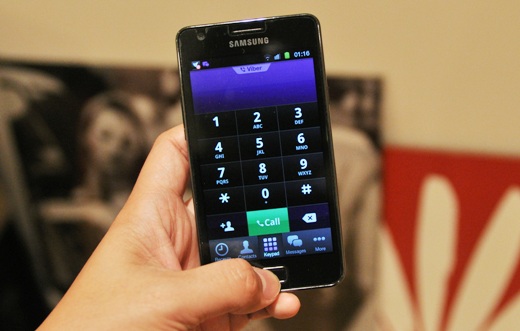 Viber is a popular VoIP and free messaging service on the iOS platform. In fact it has been downloaded over 12 million times on Apple’s app store. The Android version recently graduated from beta and is now available to the Android Market.

Read on to see what I thought about it.

Viber is different from many other VoIP services in that instead of requiring you to create a new login, it uses your phone number as an identifier, not at all dissimilar to WhatsApp. This would mean having to give out your number to people. 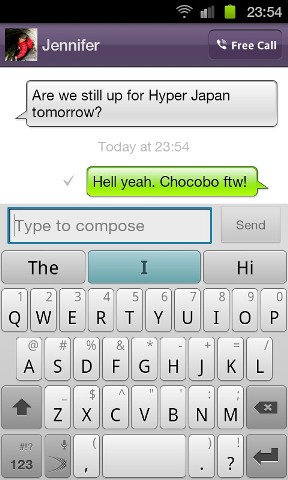 Once activated (a process that took me a couple of seconds), the app scanned my phone book and found 12 of my contacts that was also on Viber. The neat thing about Viber is the app also a universal phone dialler, allowing you to dial other none Viber users on a traditional phone line.

Viber features a tabbed based UI suspiciously similar to the iPhone phone app. In fact the dialler is a straight copy off the one on the iPhone with a different colour scheme. You get to see all recent and missed calls (including those made via Viber and normal phone calls). 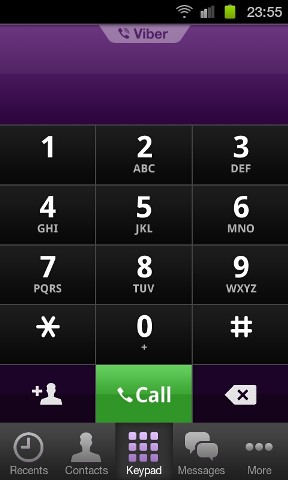 The contacts tab shows you contacts that are on Viber as well as everyone else who isn’t. You can pin contacts into a favourite sub menu. Finally, as Viber also supports free data messages, there is a separate tab for it. Unfortunately it only supports basic texts. For a more complete free text messaging system, I suggest getting WhatsApp. You can enable pop up notification for new texts.

Viber calls are free because phone calls are routed through WiFi or packet data (GPRS, HSPA etc.). Well, not strictly free as you do need to pay for a data plan. This is called VoIP and works not differently from other VoIP services like Skype. As Viber is built from the ground up to work on mobile data networks, the engineers had to make sure that it doesn’t use more data than it has to. 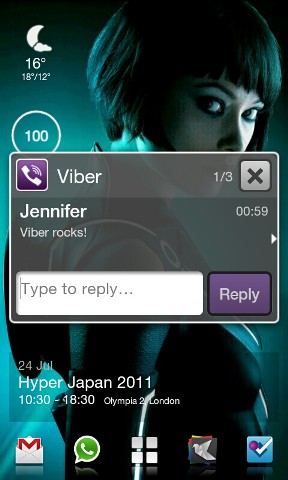 Based on testing, I found that a typical 4 minute Viber calls only uses about 600KB of downloaded data. This isn’t set in stone, as it really depends on how talkative you are and network condition. I found voice quality to be comparable to a normal GSM phone call, even on a 3G network and better than Skype. The app helpfully lets you know how the network quality is and what to expect.

Viber also integrates wells with the Android phone book, allowing you to dial anyone via Viber. If someone isn’t on Viber, a pop up notification will inform you that the user isn’t on Viber and gives you an option to make a regular call through your carrier. 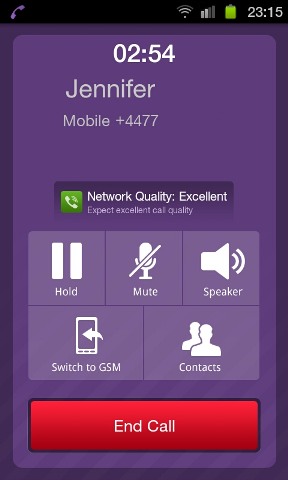 I have not extensively tested how much Viber has impacted the battery life on my Galaxy S2, but so far I have not see any dramatic decrease in battery life. Suffice to say I believe it to be negligible and the cost saving associated with using Viber offsets any concern with power usage.

If there is one nitpick I find with Viber is unfortunately I have not seen a way to block calls from other Viber users who happens to have your number. I guess I can’t complain much as this is whole regular phone calls are – you can’t block anyone from calling you if he or she already have your number. 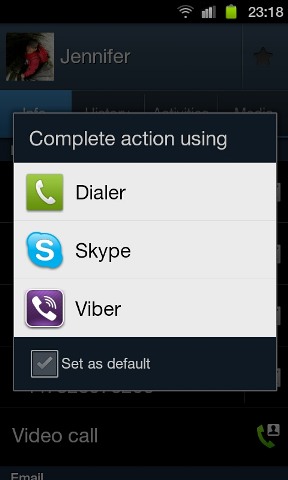 Viber doesn’t bring anything new to the table but it does what it does very well. Once installed the app starts automatically and works in the background. The one thing that still gives Skype a slight edge is video calling and ability to make VOIP to regular phone calls via SkypeOut. If Viber can integrate similar features and release on more mobile platforms, Microsoft’s purchase of Skype will start to look like a bad mistake.

As for me I am already a convert. The people who I want to call most are already on Viber and I keep finding more on my phone book registering on Viber every day.  It wins on simplicity, ease of use and deep integration, and for those alone, I can’t stop recommending this.