HTC EVO 4G have been finally announced in South Korea. HTC EVO 4G+ looks quite similar to the HTC EVO 3D, but it does not have a dual camera for 3D video recording, nor does it support 3D playback. 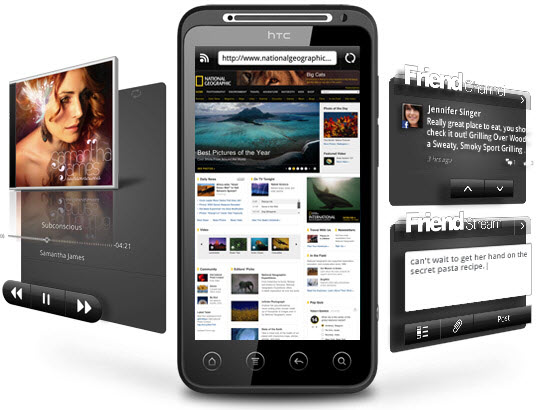 Yesterday, we posted the leaked pics and video of the HTC EVO 4G+ and now, the company officially unveiled the device at their website. HTC EVO 4G+ looks quite similar to the HTC EVO 3D, but it does not have a dual camera for 3D video recording, nor does it support 3D playback. HTC EVO 4G+ runs on the latest Android 2.3 (Gingerbread) Operating System. Check out the complete specs below.

“Korea is ahead of any other country when it comes to WiBro technology,” said Jack Tong, president of HTC North Asia, at a meeting with the media in downtown Seoul. “Our products, along with the WiBro 4G network of KT, will completely change the way people communicate,” he added.

This handset measures 126mm x 65mm x 12.05mm and weighs just 160 grams. The HTC EVO 4G+ will available exclusively to the KT customers in South Korea. You can even use the WiBro Hot Spot feature, which allows you to connect up to eight devices to a wireless network at the same time. The price and release date of the HTC EVO 4G+ have not been announced yet.