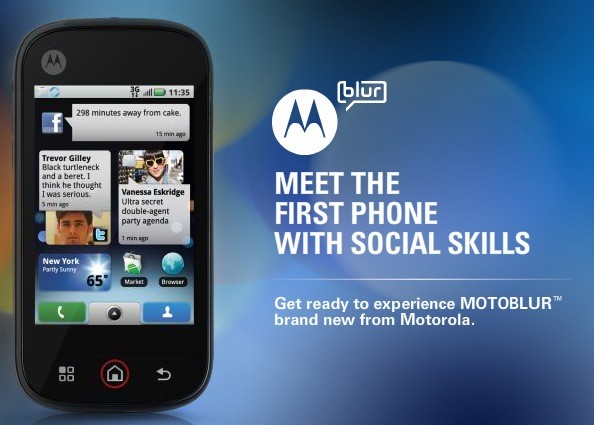 Android powered phones are offered by companies like HTC, Samsung, Motorola and a lot of others. People always think that all Android devices are same software-wise, but I don’t agree on it. They are running on the same OS, but what differ them is the custom UI. HTC Sense UI, Samsung TouchWiz UI and not to forget Motorola MotoBlur are some of the custom Android UI’s. MotoBlur is actually the most disliked custom Android UI, and even Motorola agree on it. Motorola is phasing out the name MotoBlur because after getting some feedback from their customers, they came to a conclusion that their customers don’t like it, that’s what Motorola spokesperson told Engadget.

That doesn’t mean it’s dead, only the name is removed and Motorola devices will still feature the Blur features, like we saw on Photon 4G. Photon 4G have some new MotoBlur features, but MotoBlur wasn’t mentioned anywhere. So what actually the story is that Motorola phones will features custom widgets and tweaks, but it will be missing the MotoBlur name. Because Motorola thinks when people hear that the phone is running on MotoBlur, they change their decision before buying it. So they did that for their own good.

Well folks, what are your thoughts about the MotoBlur, give us your feedback in the comment section below.