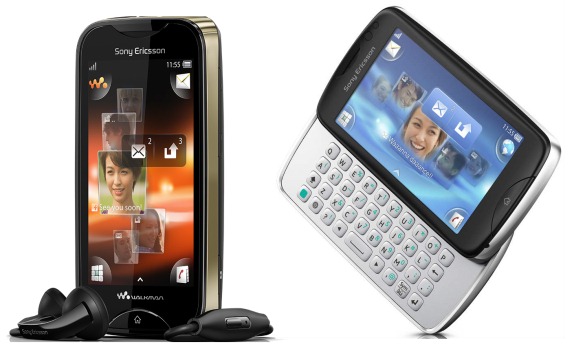 Sony Ericsson has been running a competition on its Facebook page for the fans to review two of its phone before its official release. Now they have officially unveiled Sony Ericsson Mix Walkman, which is a music phone and Sony Ericsson txt pro with slide out QWERTY keypad.

Both these phones is Wi-Fi enabled and has corner user interface in the home screen, similar to the Xperia mini phones.

The Sony Ericsson Mix Walkman has feature called Zappin that lets you browse through your songs in a new way and comes with karaoke feature while playing the songs. This phone is 14.3mm thick and weighs 88g. It has 3 inch (400 x 240 pixels), 262,144 colour TFT scratch-resistant, capacitive touch screen, 100MB inbuilt memory and expandable external memory up to 32GB, 3.2 MP camera, Bluetooth, Wi-Fi, USB 2.0 prot, FM radio with RDS.