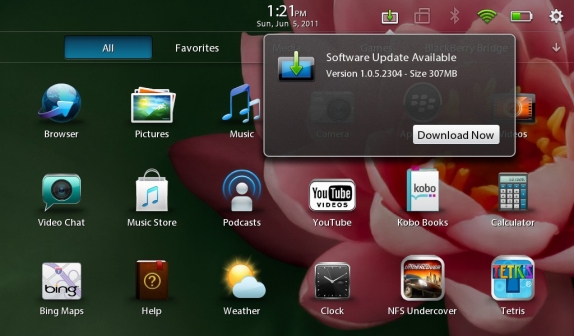 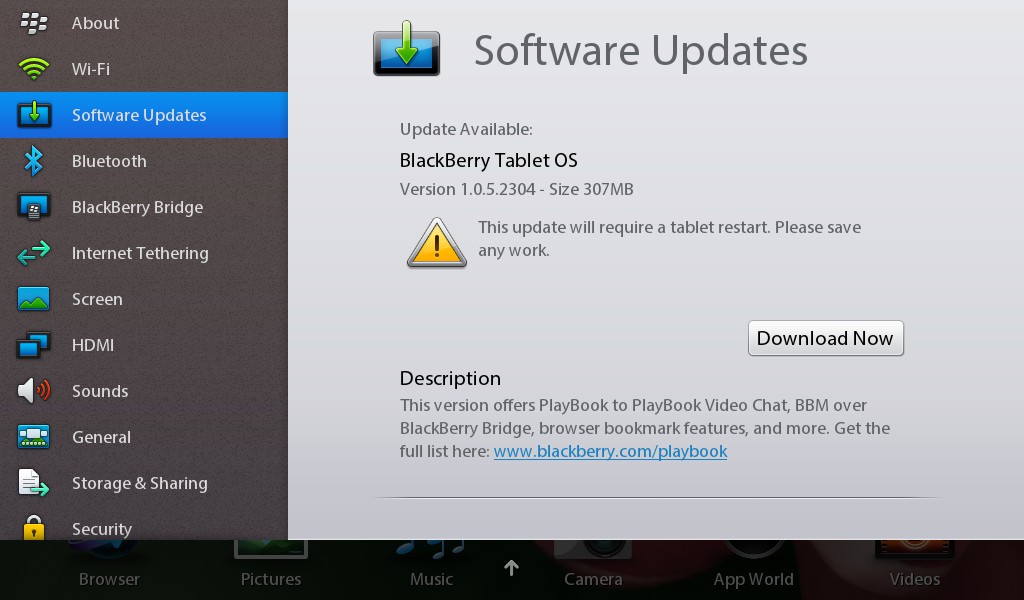 New users who purchases new PlayBook would get this update automatically during the setup process. Other users would get the notification in the status ribbon or they could update it manually in the Settings Menu, under Software Updates.